Colorful canvases that capture the times

The exhibition features Matsuyama’s extensive range of aesthetics, from his iconic canvases to sculptures.

Born in Tokyo in 1976, Matsuyama grew up in a multicultural environment in both Japan and the United States, where his family relocated in the 1980s.

He received a BA in economics from Sophia University in Japan and an MFA in Communications Design from Pratt Institute in the US. He currently resides in Brooklyn, New York.

Matsuyama’s multinational upbringing is an integral part of his work, incorporating classical, modern and ornamental elements. He treats all three equally, working with a variety of images from East and West that range from classical paintings and antique patterns to magazine pin-ups and Internet advertisements, deconstructed and reconstructed in each work.

Matsuyama thinks it’s the artist’s role to capture and express the times in which we live. The notion of finding reality in digital experiences, such as people staying connected and “in the know” through the Internet, is a good example of how boundaries that once separated real and unreal become blurred. 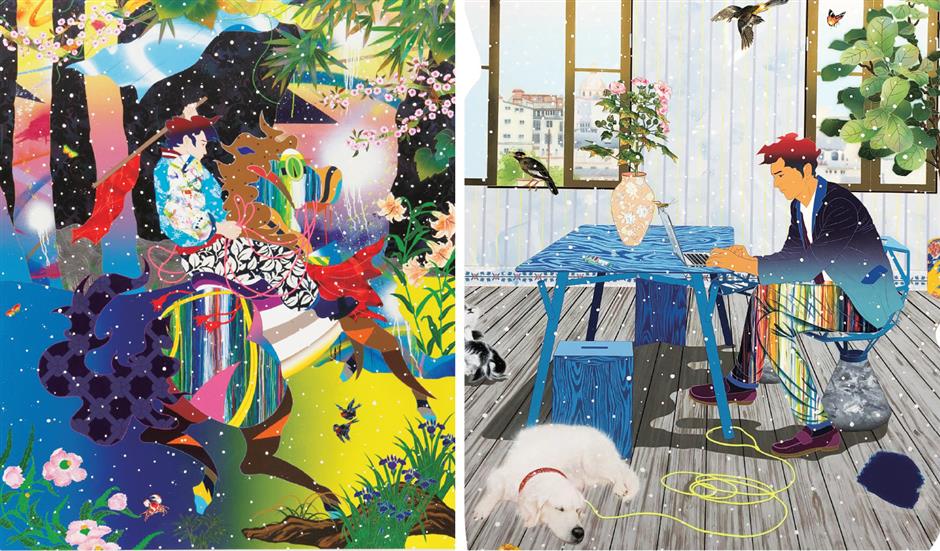