Patriotic music is usually characterized by stirring melodies led by the blare of horns and the rhythm of drums, but to celebrate the 100th anniversary of the Chinese Communist Party, the Shanghai Symphony Orchestra appears ready to pursue different harmonics.

The orchestra has asked four composers of different generations to write musical tributes to the centenary. Parts of their pieces will be performed at the orchestra’s New Year’s concert. The full works will premiere in April or May.

“It is a challenging commission for a composer to work on a specific theme related to a significant historical event, especially for such a metaphysical form of music like the symphony,” said Yang Yandi, vice chairman of Shanghai Musicians Association and president of Harbin Conservatory of Music.

“It required composers to have in-depth understanding of the event and the compositional skills to express their interpretations through music,” he added. “The bigger challenge was to compose something that resonates with audiences.”

The Party was founded in Shanghai in 1921.

The concerto, an arrangement of a household cantata written in 1939, became a part of the Western symphonic repertoire and the most performed Chinese classical music piece since the historic 1973 trip to China by the Philadelphia Orchestra and its conductor Eugene Ormandy.

“The 100 years of history consists of the persistent efforts of different generations of Chinese, each with a distinct shared experience of their own, contributing to the huge transformations in the country,” Yu explained. 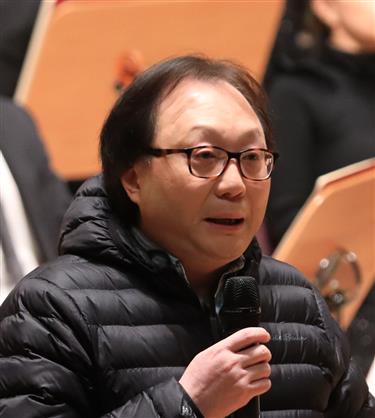 Yu Yang, born in the 1960s, is considered to have written the most conventional piece in his “Ode to China.”

Yang Fan, the youngest of four, delivered a symphonic poem entitled “Forefathers,” inspired by his 13 years of study and work in Shanghai, where the founding national congress was held.

“It is inspired by my own experience in this city, and my respect for our fathers, grandfathers and all those who fought so that we could enjoy what we have today,” Yang explained. 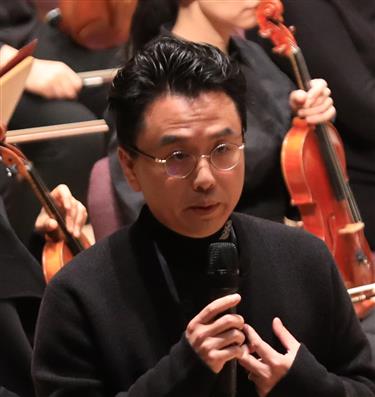 The young composer is no stranger to innovating themes or material many consider to be clichéd. His best-selling dance drama “The Eternal Wave,” which debuted in April last year, received acclaim on tour and is always a box-office sellout.

The plot is based on a household story about a heroic radio operator who died fighting to free China, immortalized by a 1958 film of the same title. However, the dance drama breathed new life into the old tale through well-designed settings, choreography and music that reminded audiences of Shanghai in the 1920s and 30s.

Yang has elaborated on that music in “Forefathers.”

“I thought about expanding the music of ‘The Eternal Wave’ into a symphonic poem when brainstorming for the dance drama, so I sort of followed that idea,” Yang explained. “When the visual elements of dance and scenes are gone, it all depends on pure music. I tried to enrich the music to make it more sophisticated and symphonic.” 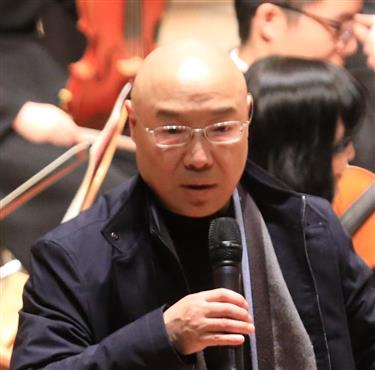 Jia Daqun, born in 1955, is the oldest of the four musicians. His tribute work is a five-movement concerto featuring different instruments in each musical segment.

Jia is often celebrated as a master of reinventing the orchestral palette and finding new ways to cross borders, such as combining traditional Chinese Kunqu and Western opera motifs.

The first movement of his concerto, which features the cello, is Jia’s interpretation of the early stages of the Party.

“It is a time of pacing back and forth, and hesitating over choices about how the country should go forward,” Jia explained. “In the second movement, I depict the ensuing struggles through percussion instruments. In the third, victory and joy through the violin. In the fourth, a passacaglia style evokes difficulty and reflection. It leads to a finale of hope for the future.” 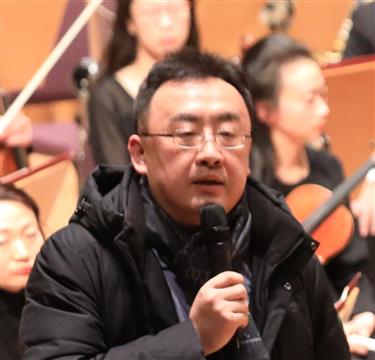 Hao Weiya, a composer born in the 1970s, looks to the future in his operatic piece. It is drawn on a poem written by Shi Zhi during the “cultural revolution” (1966-76).

Despite complications and difficulties described in earlier lines, the poet concludes with firm faith in the future.