Work of a great Qing Dynasty scholar on show 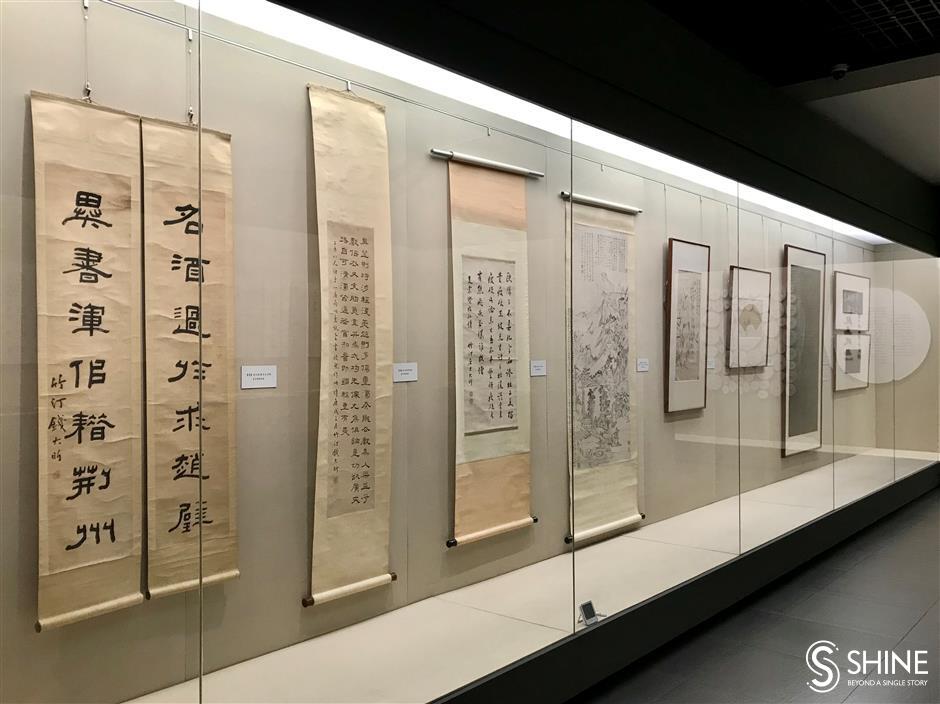 Calligraphy and paintings by Qian Daxin, a great scholar in the Qing Dynasty, are on show at Jiading Museum. The exhibition will run through February 28.

Paintings, calligraphy and other work from Jiading native Qian Daxin (1728-1804), a great scholar in the Qing Dynasty (1644-1911), are on display at Jiading Museum through February 28.

Qian was born and raised in a scholarly family with both his grandfather and father earning the title of xiucai, applicants who passed imperial examinations at county level, and making a living by teaching afterward.

His grandfather Qian Wangjiong once told him that studying was a lifelong career.

Following their steps, Qian started to learn “Xiao Xue” (小学), an excerpt of Confucian classics for children, eight-part writings (八股文), a style of essay in imperial examinations, and poems when he was a child, laying the foundation of becoming a great scholar in the future.

Studying has been flourishing in Jiading since the Ming Dynasty (1368-1644) after Gui Youguang (1507-1571), a great scholar who moved to Jiading after his retirement, made speeches or gave lessons to local residents, raising their attention to learning instead of farming.

As a result, many talented locals shone throughout the history of Chinese art, including calligrapher Lou Jian (1554-1631) and painter Li Liufang (1575-1629).

Jiading has become the cradle of scholars ever since, including Qian.

Qian was granted a xiucai title in 1754 and was accepted by the Ziyang Academy, getting known along with Wang Chang, Cao Renhu, Wang Mingsheng, Wu Tailai, Zhao Wenzhe and Huang Wenlian to be referred by the public as the “Seven Scholars in Wuzhong.” Works of the other six masters are also shown in the exhibition.

Qian was appointed as a junior compiler in the Hanlin Academy and then provincial examiner of the Shandong, Hunan and Beijing areas.

An inkpad used by Qian is on display.

After retirement, he spent decades teaching in the Zhongshan, Loudong and Ziyang academies. It is said that there were more than 2,000 students doing research with him.

He had a profound knowledge of all fields of literature and was especially interested in historiography, phonetics, etymology, calendars and epigraphy. He wrote many books investigating older histories which provided valuable resources for research today.

Qian’s relatives also played an important part, including his younger brother and his sons, who were called the “Nine Qians.” They were not only famed for their broad knowledge, but also paintings and calligraphy.

Two regular exhibitions — “Footprint in Jiading” and “Collections of Lianchuan” — are on display, showcasing Jiading’s history through its economy, culture, art and social life, showing the charm of the 800-year-old district.

An appointment must be made via the museum’s official WeChat account, while wearing a mask is still a must.

Visitors can get the latest information, including lectures and educational activities, from the information desk on the first floor. The museum is also recruiting volunteers willing to provide public services.

Date: Through February 28 (closed on Mondays)