A world of lies, mockery, humans and technology

The exhibition “Lying Sophia and Mocking Alexa” at the Yuz Museum features a group of artistic installations which provide a scenario to discuss the relationship between human and machine in today’s age of artificial intelligence.

“Sophia” is humanoid robot who has obtained the Saudi Arabian citizenship.

“Alexa” is a cloud-based virtual assistant developed by Amazon, and with an unsettling, eerie laugh.

They offer two contemporary metaphors for our evolving relationship with new technologies, intertwined with the participation of the mass media.

The 10 installations, all done and calculated by computer, are in a dimly lit room and set up a world of satire, drama, uncertainty and paradox, echoing with Sophia’s lie and Alexa’s mocking.

“Tear Set” is an installation on a wooden shelf, displaying artificially fabricated tears, which replicated the artist Liu Xin’s own tears.

The 30-year-old is also a researcher working with Microsoft Research NYC and Asia and Google ATAP (Advanced Technology and Products).

Liu said she cried for 30 days and took her tears to Brown University to run various tests.

Working with other researchers there, they used ICP-MS (a kind of mass spectrometry) to measure the tears, repeated BCA protein assays twice and identified glucose levels in the tears with a plasmonic interferometer.

The result was a synthesized liquid made of purified water, salt, protein (lactoferrin and lysozyme), carboxymethyl cellulose and sugar. The “tear” becomes a hybrid of elaborated sentiments and indifferent mass-production.

In its installation, the crying machine invites audiences to wipe away the liquid of salty sadness.

He then used the IBM Watson Al speech-to-text program to transcribe them. It kept the numbers only and removed all the other words from the source interviews. This makes the final version a stream of numbers, making no sense at all. 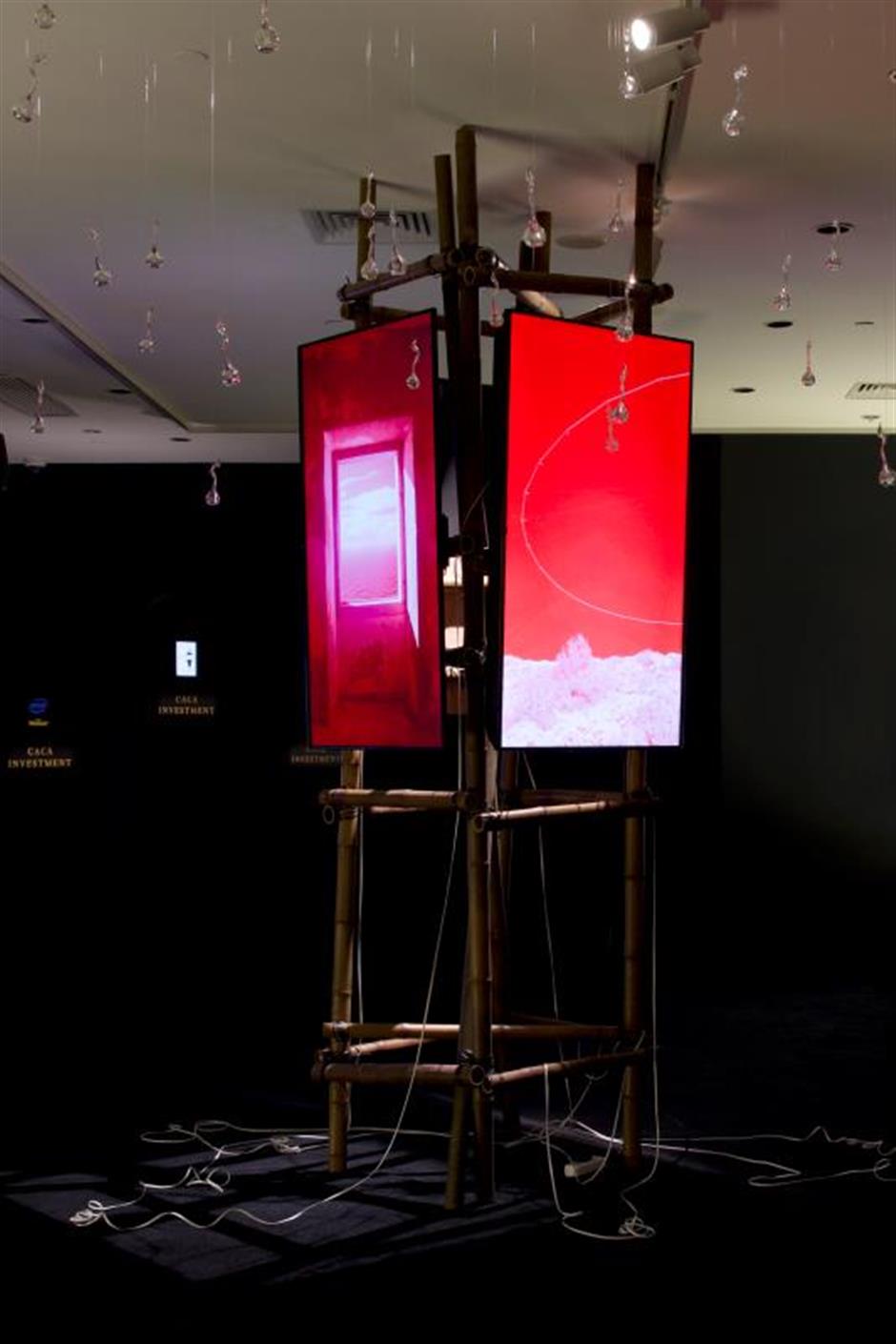