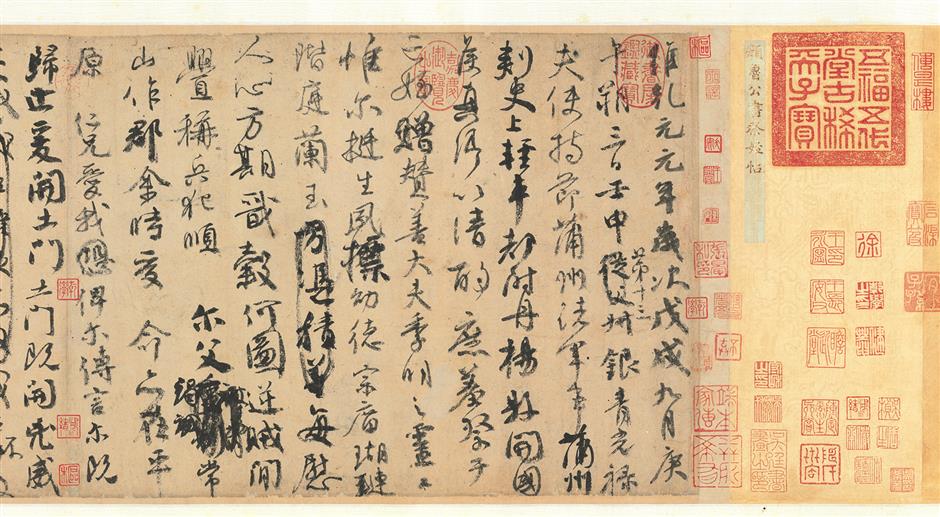 Parts of “Draft of a Requiem to My Nephew”

Almost every Chinese person begins his/her learning of traditional calligraphy or handwriting by imitating the regular script of Yan Zhenqing. Born in AD 709, Yan, a loyal governor of the Tang Dynasty (AD 618-907), is one of China’s most acclaimed calligraphers.

Apart from his political achievements, Yan is widely recognized by later generations for his great influence on the art of calligraphy, often known as the Yan style.

Unlike a much-linear approach that prevails in the early Tang Dynasty, the Yan style emphasizes the strength and boldness in vertical strokes and thus, the solidity and simplicity achieved through an enclosed form of characters.

Among Yan’s many well-applauded calligraphy pieces that still remain to this day, “Draft of a Requiem to My Nephew” stands out, as it reveals what a man Yan was to his family and his government.

Written in AD 758, the piece commemorates his brother, Yan Gaoqing, and nephew, Yan Jiming, who fell by enemies’ swords when fighting to put down a rebellion.

Earlier in AD 755, during the uprising of Tang general An Lushan (AD 703-757), Yan Gaoqing served as the magistrate of Changshan, in today’s Hebei Province, and fought against the rebels with his two sons. When their defense was broke and enemies surrounded them, the magistrate sent his elder son to the capital city for aid. However, the messenger didn’t make it and the cavalry never came. Fighting alone for three days, Yan Gaoqing and his younger son were cornered and then beheaded. The single fight claimed more than 30 members of the Yan family.

Three years later, Yan Zhenqing sent a servant to the battlefield to recover the remains of his brother and nephew, only to find his nephew’s head. To give his lost family a proper burial, Yan, aged 49, wrote a requiem as a memorial. 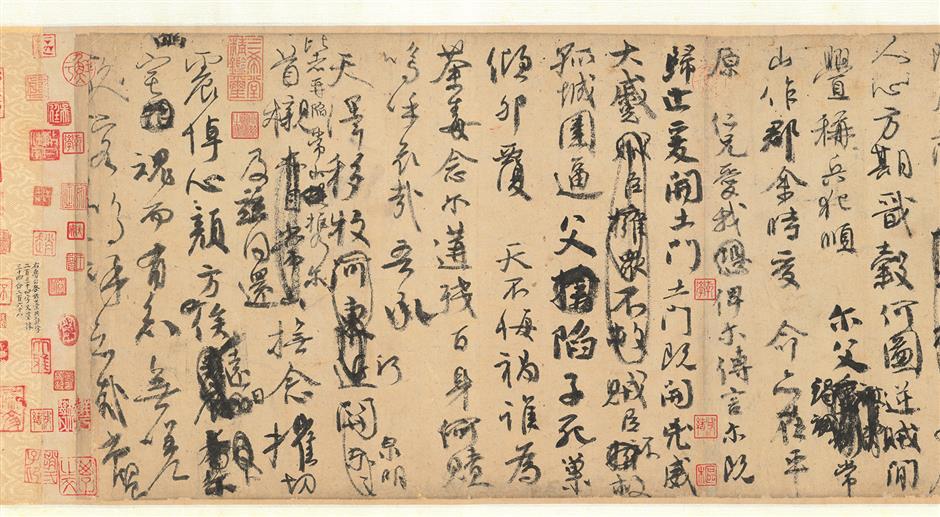 This masterpiece by Yan Zhenqing is a superb example of the Yan-style calligraphy.

The whole piece of writing, now kept in the Palace Museum in Taipei, can be divided into three parts. He begins reminiscing about his nephew Yan Jiming when he was young.

“You were born an extraordinary talent and with rare virtues,” the calligrapher recalled, “which is a real comfort to our hearts.”

He then recounts the death of the father and son, praising their gallantry and grieving, with anger, for the loss of the beloved ones.

He wrote: “Traitorous officials failed to come to the rescue; the isolated town was surrounded. A father and a son captured and perished; no eggs remain intact when the nestle is toppled.”

In the end, he expressed his determination to collect the rest of his nephew’s remains for a decent burial, so the heroes can finally rest in peace.

The same year Yan wrote the requiem, the royal court bestowed his brother a posthumous title of “忠气,” to recognize the father and son’s loyalty and integrity, together with a posthumous official rank of “太子太保,” or in English — the tutor of the crowned prince.

The whole piece is believed to be a preliminary draft that would be later applied to a more formal form and script, which made it an especially rare piece. Through the varying brush strokes, viewers can see how Yan’s mood fluctuated when he wrote this piece.

With a total of 234 characters, the requiem has 25 rows. The first half was written in a composed style with strength, while in the last 13 rows the brush kept rushing, as if his feelings were running high. Deep in a fury of grief, he wrote non-stop to sketch 53 characters at most till the ink nearly ran out.

Although he stopped a dozen times to ink the brush, and constantly went back, crossed out and changed wording, the whole piece looks as if it was written in one go. Contrary to the retrained wording and the formality of the writing, “Draft of a Requiem to My Nephew” is overwhelmed with Yan’s unrestrained sorrows, marking a superb example of the Yan-style calligraphy.

Earlier in January 2019, the calligraphy piece went on tour in a special exhibition in Tokyo National Museum, where more than 100,000 visitors viewed the masterpiece.