Lamb and the mighty spud: How food helped pull this Chinese county out of poverty

Nestled away in a landlocked expanse in China’s arid northwest is Gansu Province, spread over a vast area of 454,000 square kilometers that includes part of the Gobi Desert. Famous for Lanzhou pulled noodles, China’s own version of Botox and the Mogao Caves in Dunhuang, it’s a place of stark beauty and home to 25.5 million. But in 2019, Gansu also had the lowest GDP in the entire country.

Located about a three hour drive from the capital, Lanzhou, is the Dongxiang Minority Autonomous County, a special area set up in 1950 owing to the fact that the area is inhabited mostly by the Dongxiang people, one of China’s 55 official ethnic minorities. Being an autonomous county (China has many) means they have more control over their own governance, culture, language and religion.

In 2013, nearly one third of the population were living under the poverty line. Last month, Dongxiang Minority Autonomous County was officially removed from the poverty list. So, how did they do it? 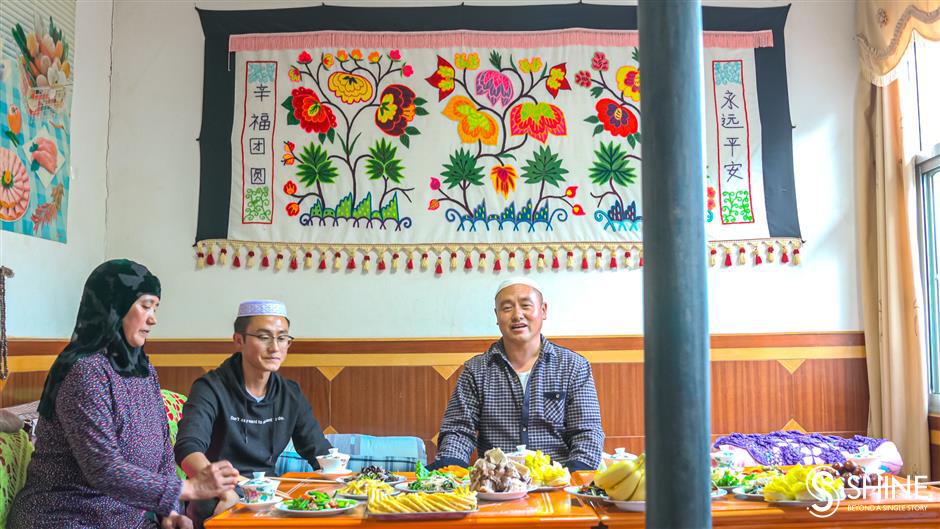 A Dongxiang minority family sit on their traditional kang and prepare to eat a meal. Hanging on the wall above them is a traditional piece of local cixiu (embroidery) which reads: "A happy reunion, forever peaceful." 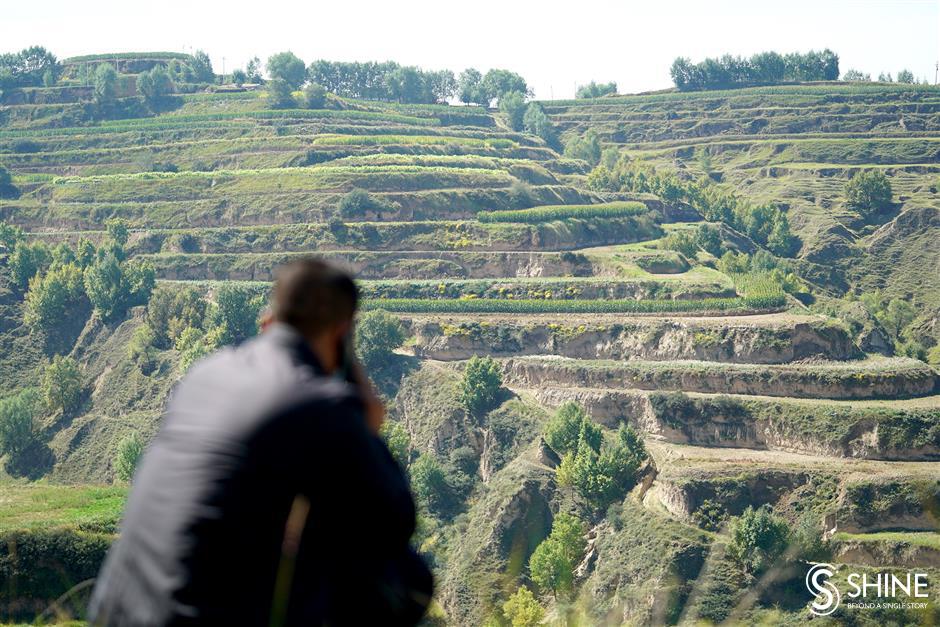 Mou Nume, a local farmer and poverty alleviation leader, takes a break from digging up potatoes to take a phone call.

The Dongxiang are typically quite agricultural people who grow wheat, maize and potato, and also have a love for lamb. It makes sense, then, that poverty alleviation projects in the county often centered around food.

Fan Chenyang, who works in the Dongxiang potato industry, took me to a potato farm to see some of the achievements made in growing great spuds. One of the main ways potato helped lift the area out of poverty was through education and training, he said, which includes topics like optimal planting, disease prevention, natural pesticides and collecting stock for market.

“These training sessions have helped a lot in improving both the quality and quantity of the potatoes being produced here,” he told me while showing me how to dig up potatoes on the rolling hills of the county.

The Dongxiang people have many ways of preparing the potato for the dinner table, including spicy potato slices, sour Julienne potato, baking traditionally under a bed of hot rocks, and even potato noodles. The spuds here are famous, and are now exported all over China.

Andy gets up close and personal with some sheep in the Dongxiang Minority Autonomous County, Gansu Province, China.

Dongxiang lamb is too, famous for its fat, believe it or not, and its tender texture. Many lambs here purposefully grown to at least 30 kilograms, especially in order to achieve the right fat versus meat ratio.

Mada Wude is a Dongxiang local who left at the age of 17 in order to farm sheep in other areas of northwest China. He returned five years ago to help his county throw off the shackles of poverty, helping establish a sheep breeding cooperative which has around 1,800 sheep owned by 25 families in his village.

“We provide people here with a good platform,” he told me when I visited his 25 acre farm. “Every year the profit is distributed to the people.”

The sheep there are given innovative green feed and monitored continuously using a high tech traceability system, ensuring buyers all over China can eat Dongxiang lamb with peace of mind. 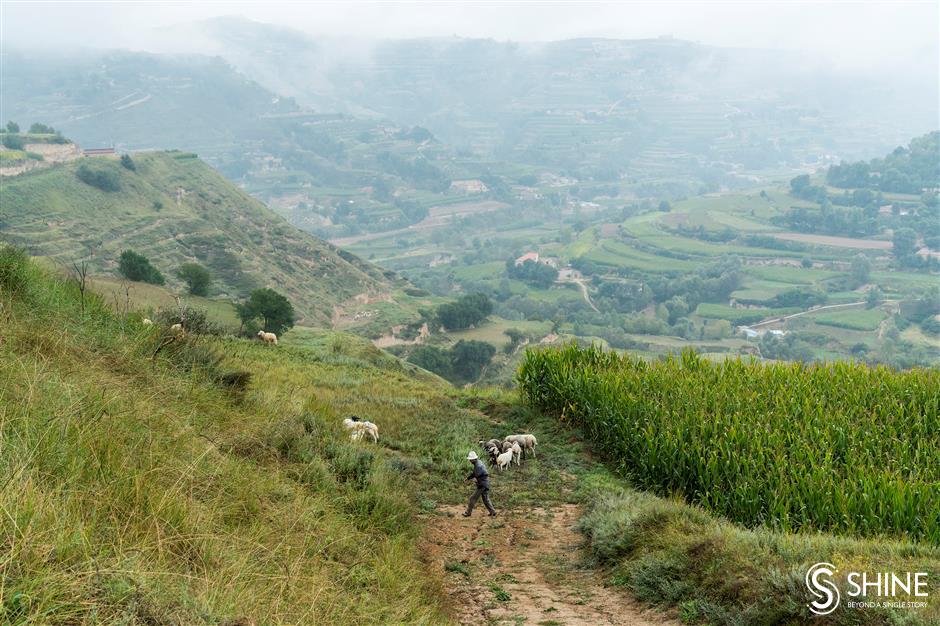 A farmer guides some of his sheep on a hill in Dongxiang Minority Autonomous County, Gansu Province.

Newsflash: Last year wasn’t all bad. It was also the year China’s eight year goal to wipe out absolute poverty came to fruition.

Basically, that means that now there is officially no one in China living under the poverty line.

What is the poverty line?

The poverty line is the least someone earns per day before they are officially recognized as living under poverty. Most countries accept the World Bank’s poverty line, which is US$1.90 per person. China uses its own poverty line.

Why does China have its own poverty line?

China argues that PPP, or purchasing power parity, should be taken into account when calculating the poverty line. PPP compares what can be bought in different countries with a certain amount of money.

When taking PPP into account, China’s poverty line of 2,536 yuan (US$388.33) is actually about 6.95 yuan a day, about twenty percent higher than the World Bank’s figure.

How did they do that?

Make your own Eight Treasure Tea

You can’t go far in Dongxiang without being offered a cup of Eight Treasure Tea (八宝茶), which is a huge custom of the locals.

The name comes from the myriad of ingredients available (usually eight) which can be picked according to your own taste, usually from a pleasantly arranged tray with separated ingredients like tea leaves, rock candy, dried fruits, chrysanthemum, dates, Chinese wolf berry and more.

After you’ve chosen your ingredients, your host will help you pour freshly boiled water in your cup (you can also do it yourself), before covering it with a lid to hold in the heat as it brews. You can also use the lid to mix your tea and then sift the ingredients as you sip.