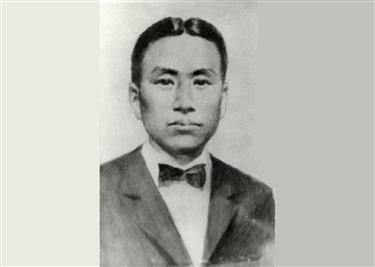 A portrait of He Dong

He Dong, a scholar who lived in late Qing Dynasty (1644-1911), set up schools in Songjiang, including one for gymnastics, to help develop people’s wisdom and train talent for the region.

Born into a family in the north of Songjiang’s Qianjing Bridge, his natural talent was evident from an early age. He won the title of xiucai, someone who passed the imperial examination at the county level in the Qing Dynasty.

However, ignoring the scholarly honor closely related to official rank, he chose to study overseas at the Waseda University in Japan, majoring in mathematical sciences, while learning about Western culture.

He returned to China in 1905 and recognized the fact that his country needed all kinds of talent, while the then low education attainment of the majority of the people required a large number of new schools.

He invited respectable and renowned public figures in Songjiang to set up an “Education Promotion Club” in the area. He was selected as its chief.

Then at the Sanshen Temple to the north of Qianjing Bridge, he set up a half-day school for farmers, calling on farmers to receive an education while still doing their farm work.

He became head of the gymnastic school and employed 12 staff filling positions of teachers, general affairs officers, school doctors and accountants. Half of the funding was provided by the government, with the rest raised by the school itself. The expenditure on gymnastic facilities was covered by the local rice industry association.

The length of schooling was set to be six months. The first batch of students, 43 in total and the majority teachers themselves, came from all over Shanghai, including Songjiang, Jinshan, Qingpu, Nanhui, Fengxian and the city’s downtown. Their ages ranged from 16 to 30. Tuition was free and each student was given money to cover their meal expenses.

School courses included trigger discipline, parallel bars, flying rings, swings and hiking. On graduation, the students received a health check from the school’s doctors and those qualified were granted a graduate certificate.

The school recruited four batches of students from 1905 to 1908 and trained a number of gymnastic talent for Shanghai.

In January 1906, He joined Tong Meng Hui, or the Chinese Revolutionary Alliance, in Tokyo, Japan. During a trip to its headquarters in Japan in 1908, he became infected with a current epidemic and lost his life.

Under He’s influence, it became a custom for Songjiang’s country gentlemen to set up all kinds of schools to deliver new thoughts.