Johann Sebastian Bach once said: “There’s nothing remarkable about it. All you have to do is hit the right keys at the right time and the instrument plays itself.”

Any pianist who has played Bach’s “Goldberg Variations” would beg to differ. The piece, originally written for harpsichord and published in 1741, is considered a tour de force for pianists because of its great difficulty and variety of styles.

The work comprises a single aria and a set of 30 variations, testing not only a performer’s skill but also his improvisational ability. 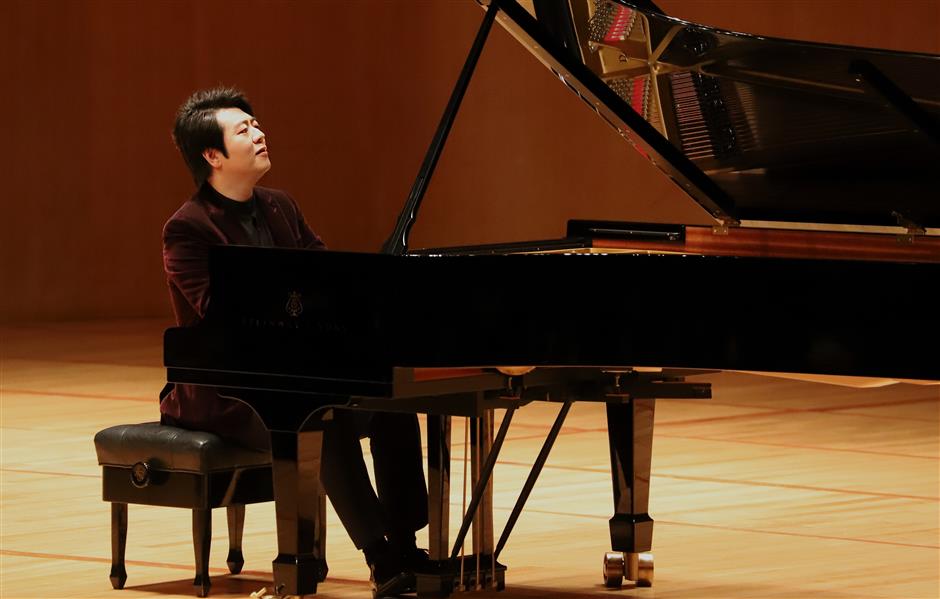 Virtuoso Lang Lang performed the “Goldberg Variations” in Shanghai, after three years of preparation on the difficult work.

Often called an “international rock star” of classical music, Lang was born in the northeastern city of Shenyang in 1982. His father played the erhu, a Chinese two-stringed instrument.

Lang has said his first contact with Western classical music came when he was 2, watching a “Tom and Jerry” cartoon that featured bits of music from a Liszt Hungarian rhapsody. He began piano lessons at age 3 and performed in his first public recital at the Shenyang Piano Competition two years later.

The child prodigy was enrolled in Beijing’s Central Conservatory of Music. In 1993, he won a national piano competition, the first in what would be a long string of global prizes that would catapult him to superstar status.

At 15, he and his father left for the United States, where Lang studied at the prestigious Curtis Institute of Music in Philadelphia. Over the years, he has appeared with major symphonies, performed for world dignitaries and played at special events, including the opening ceremony for the 2008 Beijing Olympics.

In June 2019, Lang married fellow pianist Gina Alice Redlinger in Paris. They are expecting their first child this year.

Lang took out time while in Shanghai to talk to local media. Here are some of his comments. 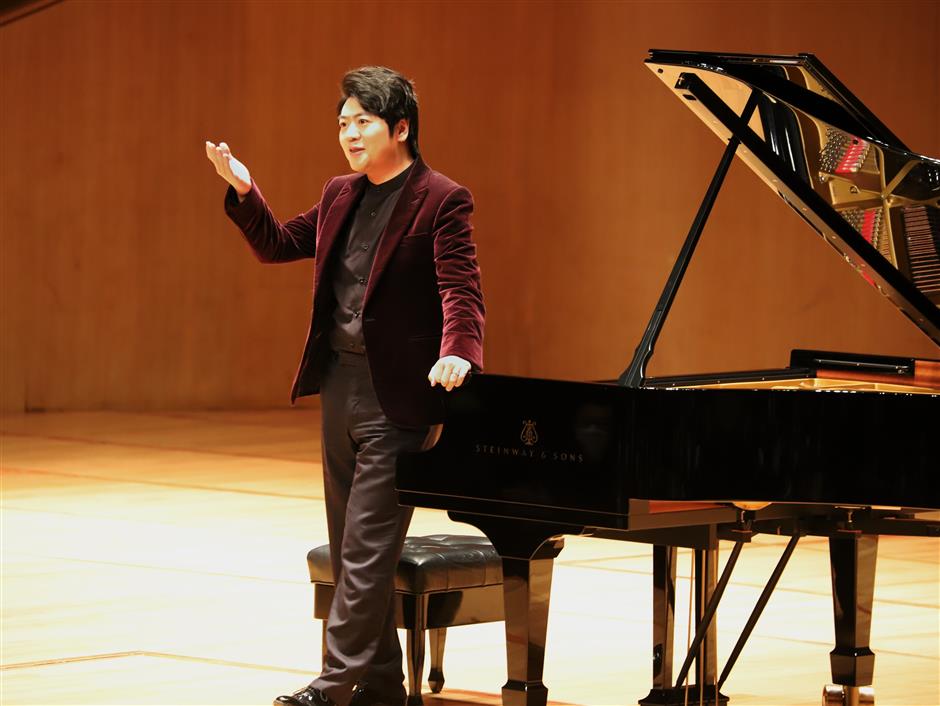 Playing the “Goldberg Variations” is Lang's attempt at seeking a breakthrough from his usual style.

Q: Why did you wait for so long to perform the “Goldberg Variations” in public?

A: This is a very important and mature piece in Bach’s repertoire. I have been waiting to really understand it. I felt myself ready for the challenge three years ago. I studied its Baroque style and experimented with it on the clavichord and organ to get it right.

Unlike Bach’s “Well-Tempered Clavier,” the “Goldberg Variations” leave some space for performers to develop the piece. The repeats in the work make you feel that you have a second life. Bach is great not only for his ability of creating artistic conception, but also for his superb understanding of composition patterns.

This piece doesn’t have a headline. We know it’s a “lullaby,” but we don’t know what it is describing. I had to picture it myself and find out how it touched me. It’s a huge piece after all, and you need to play it strategically and maybe differently in each performance.

Q: Did you study other pianists’ interpretations of the work before your performance?

A: I was practicing the “Goldberg Variations” when I was 10, and I saw a black-and-white video of Glenn Gould playing the piece. He was sitting in a ragged chair, but what he was playing was beyond my imagination. The stereoscopic multiple parts made his version my favorite.

I found a few other good versions later, including the ones by Daniel Barenboim and Murray Perahia. I also like the clavichord version by Andreas Staier. It has a lot of ornamentation, just like a beautiful tree with lots of layers. But that version is not easy to play on a piano.

Playing the “Goldberg Variations” is my attempt at seeking a breakthrough from my usual style. I want to walk out of my comfort zone and play something deeper and more connotative.

Q: We are saddened by the recent death of Fou Ts’ong, the first Chinese pianist to win global acclaim, who succumbed to COVID-19 at the age of 86. Fou once suggested you should read the masterpiece “Notes and Comments on Ci Poetry” by Chinese historian and poet Wang Guowei. Did you?

A: Yes, and it was of great help to me. Westerners always say that people from the East are too euphemistic and know little about romance. But when you read Chinese poetry or listen to traditional operas, you know that isn’t true.

In Peking Opera, one word may take a minute to develop. You could never expect a Beethoven note to last that long. Chinese art is very romantic and filled with imagination.

Master Fou knew how to combine Chinese and Western cultures and how to merge Chinese poetry into, say, a Chopin nocturne. It requires great perspicacity.

Fou said he liked my style when we first met. He didn’t mean the technique, but rather the richness of my music. That’s why he wanted me to read more Chinese books and merge the rich emotions into music. 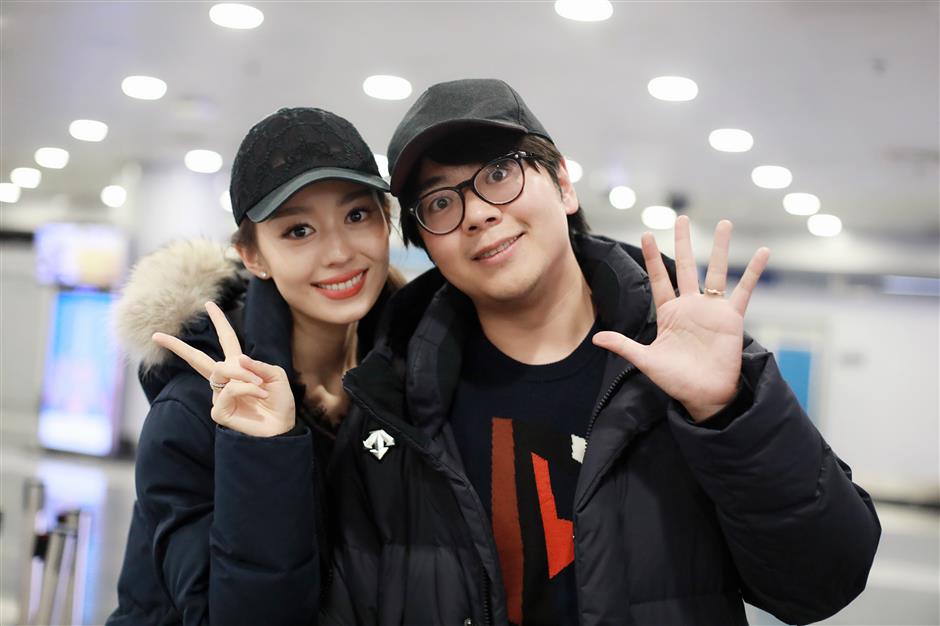 Lang Lang and his wife Gina are expecting a baby this year.

Q: You have taken part in a few TV variety shows in the past year. Compared with your image on the concert stage, your TV appearances make you seem more natural and accessible. Have you enjoyed them?

A: Yes. I actually show more of my real side on TV. I played games with Gina and other guests on a travel program, and in another program, I interacted with other musicians and learned to play some new instruments. But I won’t have as much time this year to devote to TV because my national tour is starting.

Q: You will become a father soon. Do you want your child to become a pianist?

A: I think every child can learn piano, but there should be no utilitarian intention. If one doesn’t enjoy playing, practicing becomes meaningless. It’s important to cultivate a child’s interest first. I will surely cultivate my child’s artistic taste.

Q: You have been involved in some charity activities introducing music to children in poorer areas of the country. Will you get deeper into music education?

A: Music can be very helpful in charity. If a child in a rural village gets to attend a music lesson, he or she might develop a new perspective toward life instead of feeling abandoned by the society.

My music foundation has been donating pianos to schools. As for music education, I’m starting a music school in Shanghai’s Yangpu District in May. Another two schools will be set up in the cities of Sanya (in Hainan Province) and Qingdao (in Shandong Province). The hope is to have music-loving children develop their talent.