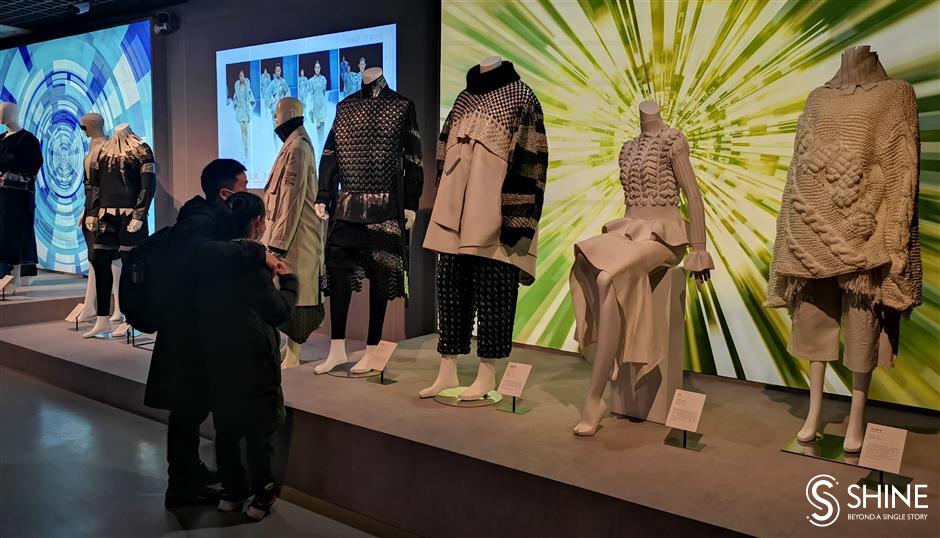 Visitors enjoy the prize-winning costumes from 2011 to 2020 during the China Fashion Retrospective Exhibition at China Silk Museum.

The China Fashion Retrospective Exhibition is underway at China National Silk Museum through March 21. Prize-winning costumes from 2011 to 2020 are on display, as well as some gowns on loan from noted designers and museums.

Avant-garde Chinese designers have referred to traditional culture for inspiration and then added modern aesthetics and trendy elements to create a series of costumes to present the vibrant lifestyle of the new era.

“The exhibition is hoped to be an epitome of Chinese people’s life attitudes throughout the past 10 years,” said Zhao Feng, curator of the museum. “It also includes lectures and seminars centered on innovative fabrics, digital fashion and sustainable development of the textile industry.”

A highlight of the exhibition is Hsu’s “Dragon Robe.” In 2010, Chinese actress Fan Bingbing wore it on the opening day of the Cannes Film Festival. 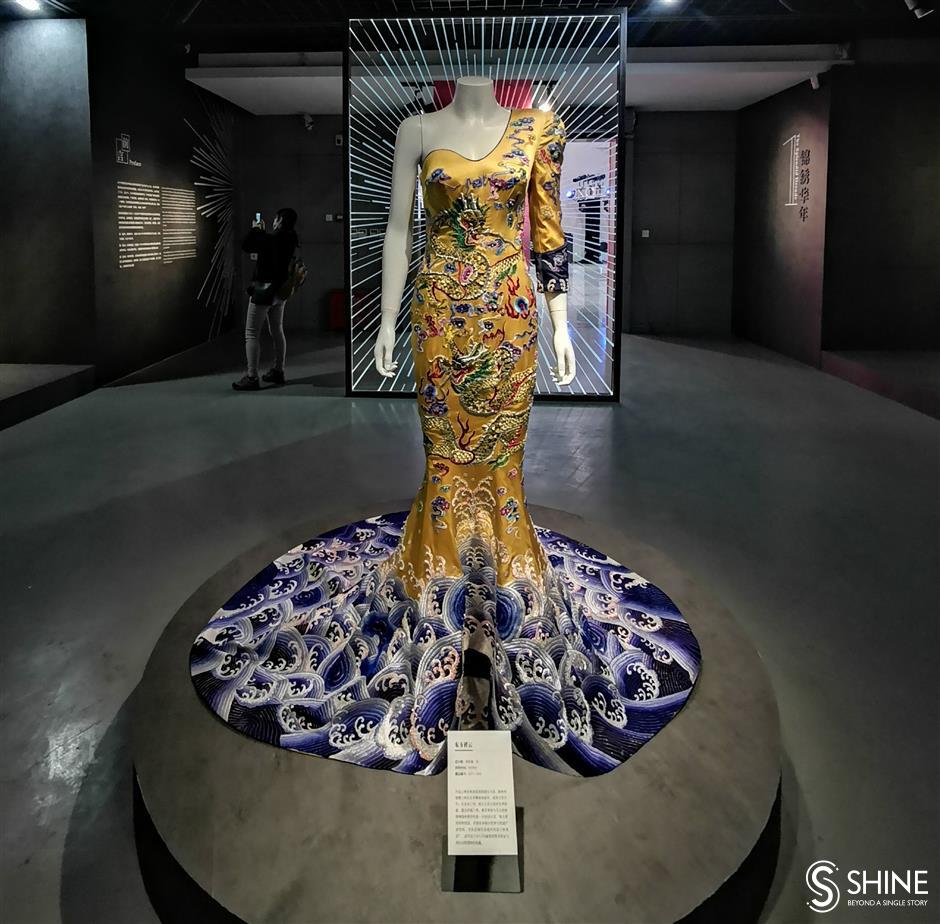 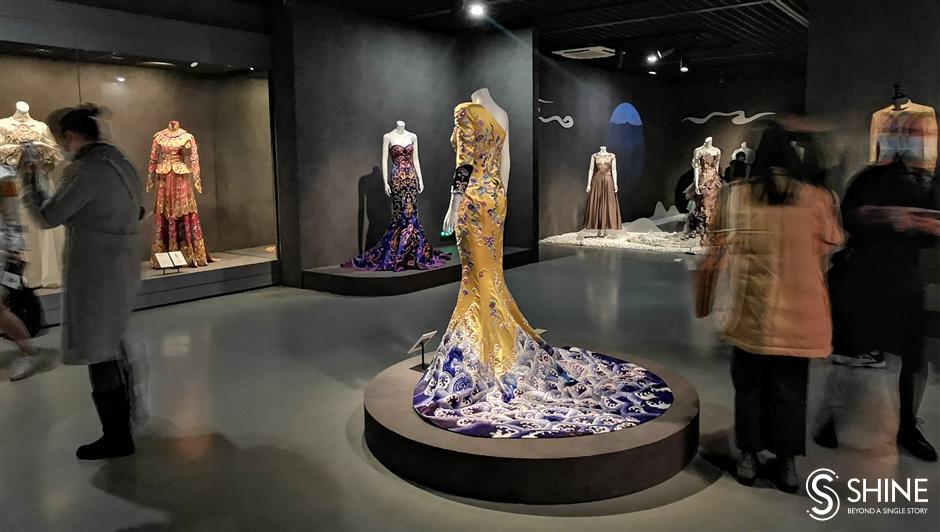 Her choice of the outfit drew heated discussion online with some saying that she chose to present her heritage on the global stage, but others saying it was too ostentatious.

The Chinese imperial-style gown features roaring dragons and wave patterns as well as traditional auspicious cloudy motifs. Such patterns were exclusive for emperors since they represented supremacy in ancient times.

Another dress designed by Hsu, “Dunhuang,” is also on display. For many Chinese designers, their muse came from the murals of the Dunhuang Mogao Grottoes, and he is no exception. 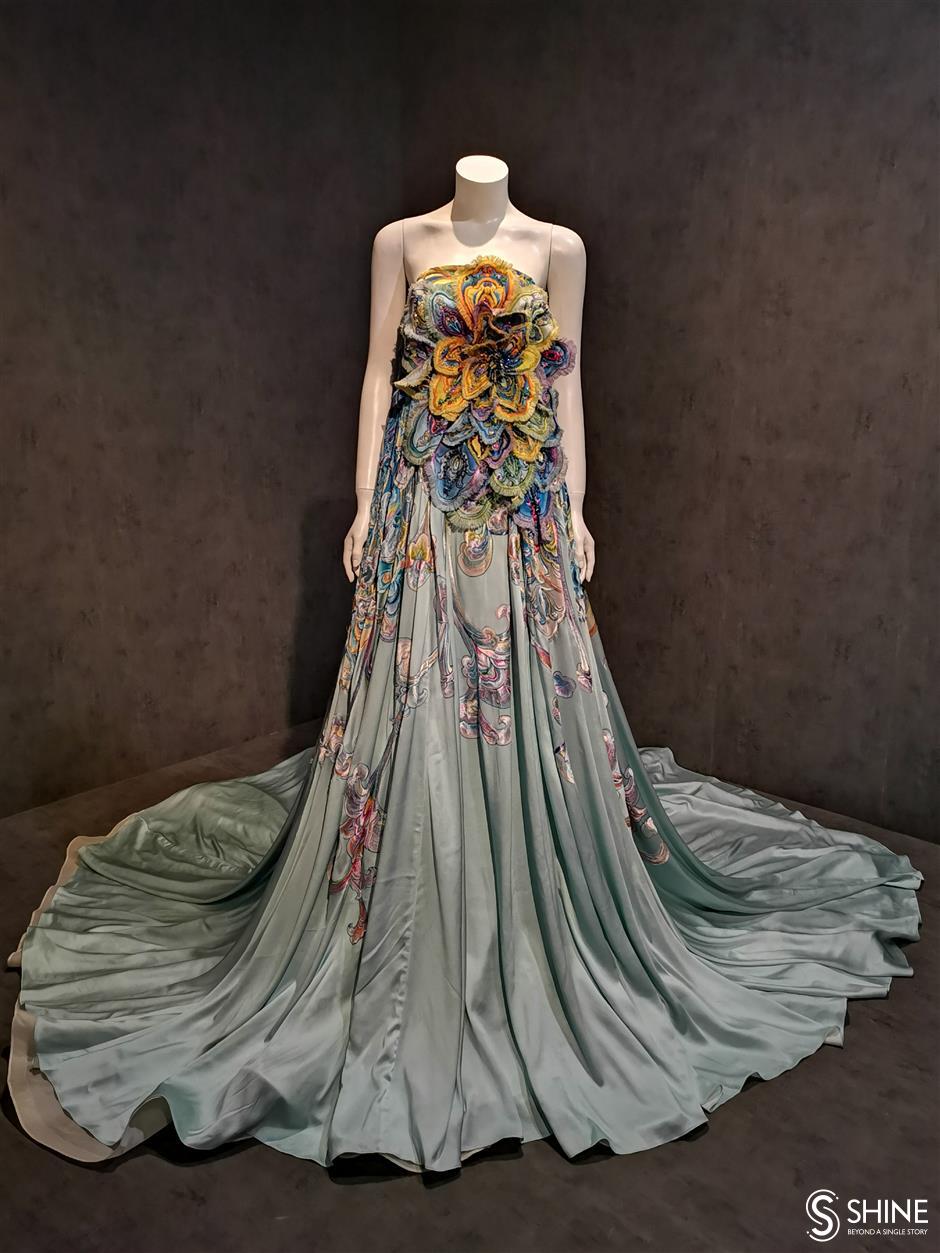 The dress is designed by Laurence Hsu who is inspired by Dunhuang murals.

Early murals there show the influence of India and Central Asia in both content and painting techniques. The costumes of the figures in the murals are very foreign, and some are even half-naked, a feature rarely seen in traditional Chinese paintings.

Hsu applied yunjin (云锦), a type of precious silk product sharing similarities with silk, and embroidered it with muted blue, golden and greenish patterns, creating a design full of elegance and Oriental beauty.

Designer Xiong Ying also drew inspiration from the murals when she debuted her “Huanjing” series of dresses at Paris Fashion Week in 2019. She designed the dresses with layers of gauze embroidered with sophisticated Dunhuang-style patterns. When models wearing the dresses walked on the runway with the gauze rising up in the air, they looked like the immortals coming back to life. 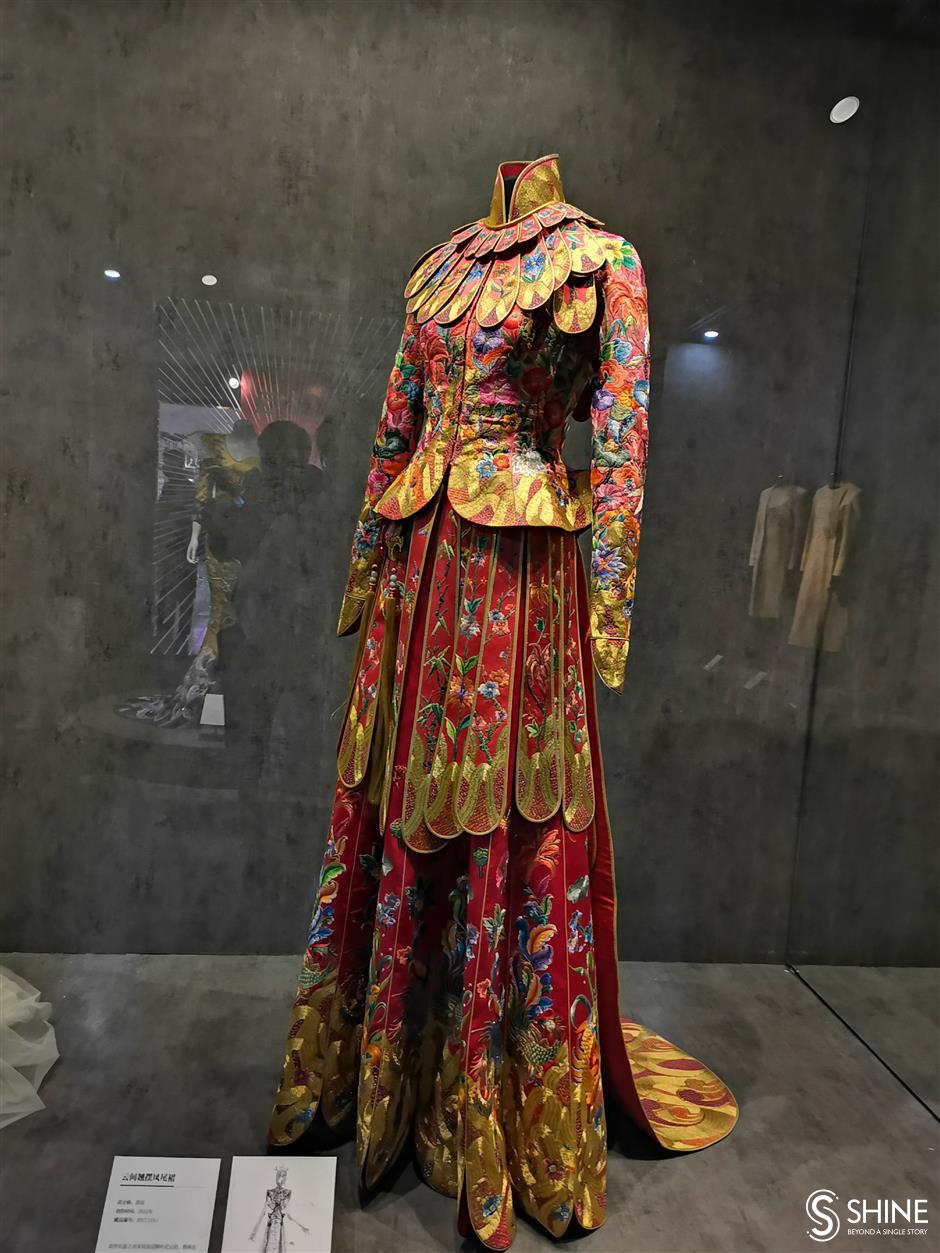 Different from ancient loose bridal gowns, her design is characterized by a small, nipped-in waist and full skirt extending below the ankles, which emphasized the woman’s waistline.

Compared with ordinary embroidery styles in the Yangtze River Delta, the embroidery in Guo’s design uses brightly hued thread and brocade, sharing some similarities with counterparts across the country, but distinguished by outlines in gold and silver thread.

The same hand-sewn embroidery stitches are also applied in Qu Dingnan’s ornate qipao (a traditional body-hugging, one-piece dress), which is made of xiangyun (香云) gauze.

The gauze features transparent, light and breathable properties and is always used in summery apparel. Xiangyun gauze was also called “soft gold” thanks to its time-consuming manufacturing process, high price and limited production.

Blue-and-white cloth (蓝印花布), another traditional fabric, is also turned into a meaningful design under the ingenuity of Lu Yue.

In ancient times, people used the common indigo plant to dye white cotton dark blue. These batik-like textiles were popular with lower-middle-class women. Though social significance has faded over time, it remains a cultural heritage in modern times.

Lu printed butterfly patterns on blue-and-white cloth and created a gown with a birdcage-shaped silhouette. The shoulders are decorated with flying butterflies which indicates women breaking free and flying high.

Date: Through March 21 (closed on Mondays)