Compared with other private art museums in town, the newly opened APSMUSEUM is rather small — but it still packs a punch.

Sited inside L+Mall, in the Lujiazui area, a cluster of artworks by internationally acclaimed heavyweight names, such as Anish Kapoor, Mona Hatoum and James Turrell, appeared at the opening exhibition titled “Ensemble Urbain.”

The starting point for this non-profit art space, founded by the Art Pioneer Studio, is rather high. Besides, renowned Italian design firm, Stefano Boeri Architetti, executed its interior design.

“We hope this venue will bring together art, architecture and design in the future,” said Robin Wong, general organizer of the exhibition and founder of the APSMUSEUM.

Undoubtedly James Turrell’s work is the most eye-catching at the exhibit.

The artist, born in 1943 in Los Angeles, a leading figure of the Light and Space movement, has created several breathtaking installations at sites around the world.

For over half a century, the American artist has worked directly with light and space to create artworks that stretch the limits and wonder of the human imagination. His work “Solon, Medium Rectangle Glass” (2019), as a site-specific piece, has been installed by his own team in a separate dark room inside the museum.

The work is composed of rectangular shapes with a frosted glass surface animated by an array of technically advanced LED lights, which are wall mounted and generated by computer programming. The light changes are subtle and hypnotic, with one color morphing into the next seamlessly.

“The artist requested that his work should run on a loop nonstop, so it is imperceptible for the viewers, prompting a transcendental experience,” said Wong, who is a fan of Turrell. “Sometimes I myself would sit here for hours, meditating.”

This is one of Turrell’s recent constellation series, through which the artist said he had achieved his lifelong pursuit by turning light into a powerful substance, wrapping the viewer in a radiance of pure color.

Unlike his early projection pieces, they are not about generating an illusion, instead, they greet the viewer with a materiality of light that Turrell refers to as “the physical manifestation of light, which we have trained our eyes too readily to look through rather than to look at.”

Another highlight of the exhibition is the multimedia installation created by Mona Hatoum.

Born into a Palestinian family in Beirut, Lebanon, in 1952, Hatoum has lived and worked in London since 1976.

She has been challenging the movements of surrealism and minimalism, and exploring the conflicts and contradictions of our world.

Her work “Static II” consists of a rusty steel chair and a spider’s web made of countless red glass beads, through which she means to express the fragility of human nature.

The simple materials, distinctive form and the metaphorical meaning impose a dramatic tension on the artwork.

Apart from the overseas big names, some of China’s most well-known contemporary artists also show their work, such as Zhan Wang, Wang Jianwei, Xu Zhen and Qiu Anxiong.

Celebrated artist Qiu presented an animation trilogy he created between 2005-17. Using the ink painting technique, his work “The New Book of Mountains and Seas” tells a contemporary tale of evolution, starting from the separation of heaven and earth, to the birth of civilization where little huts spring up like mushrooms but are soon demolished.

In part three, the 48-year-old artist predicts an apocalyptic foreboding in the post-information era, where a deteriorating environment turns humankind itself into virtual reality. 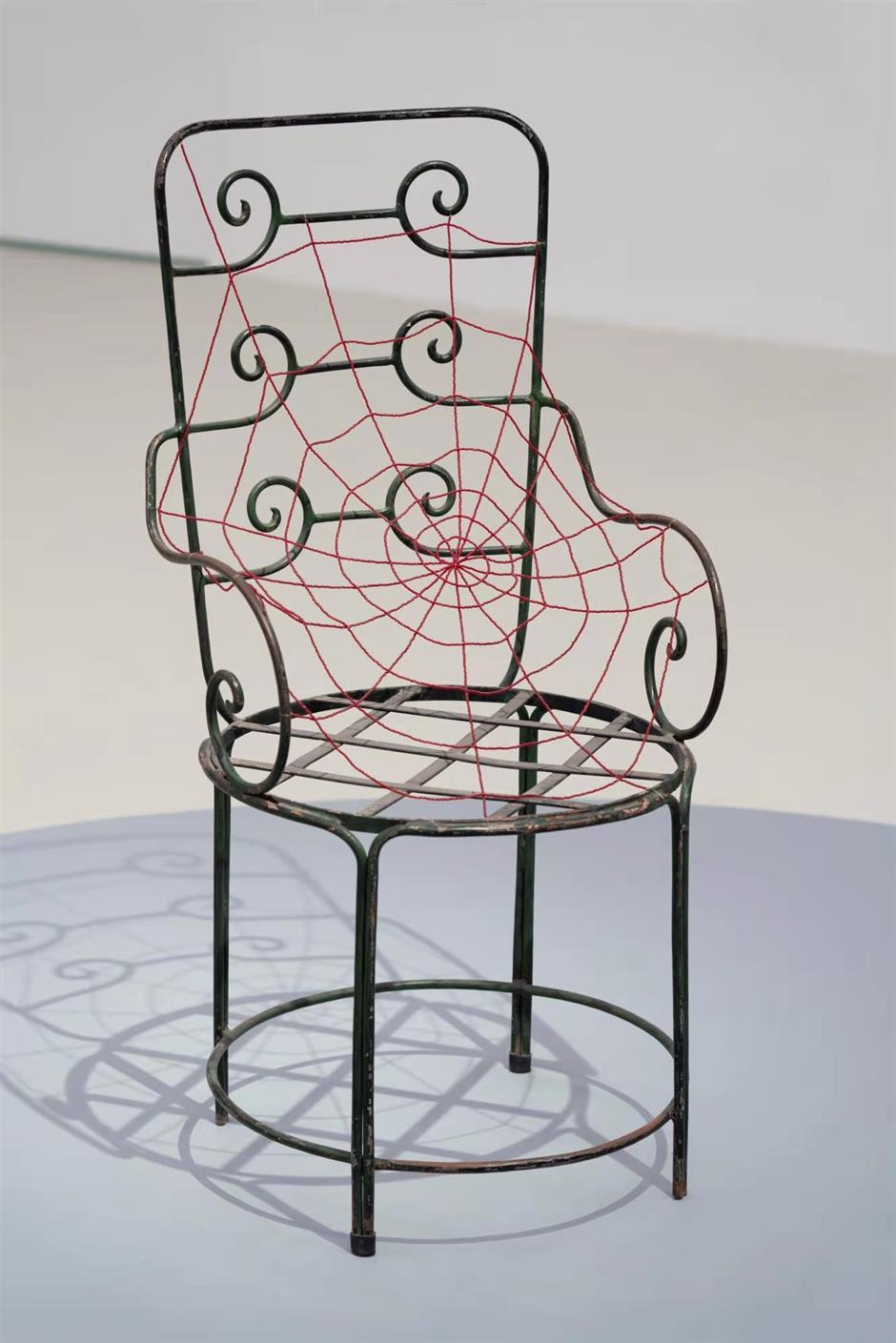