The Year of Ox celebrated at cross-border exhibition

Shanghai Museum is celebrating the Chinese New Year of the Ox with a special exhibition of artworks featuring zodiacal ox characteristics.

Joining hands with South Korea, the cross-border exchange exhibition will reflect the Chinese zodiac traditions of both cultures.

Two out of the four exhibits in the main hall come from the National Museum of Korea — a square iron brazier and a celadon jar.

Attached with a brass base and handle, the 19th century iron brazier uses a silver inlay technique that involves carving a design of grooves into the surface and hammering the silver wire into place.

Each side of the cover features an iconic scene, which tells a story of Chinese people and their customs in ancient times, such as “Wang Xizhi Watches Geese” and “Meng Haoran Seeks Plum Blossoms.”

Wang was a Chinese calligrapher, writer and politician who lived during the Jin Dynasty (AD 266-420), while Meng was the first in a long line of major Chinese poets in the Tang Dynasty (AD 618-907).

The celadon jar, dated to the Goryeo Dynasty in the 13th century, features an inlaid design of four oxen on its body. The Korean dynasty saw some of its most outstanding achievements in art and culture during this period.

The jar was used during springtime rituals in order to encourage people to fulfil their duty like the industrious ox.

The other two exhibits are presented by Shanghai Museum — a bronze ritual wine vessel in the shape of an ox, dating back to the late Shang Dynasty (1600-1100 BC), and a Jingdezhen porcelain bowl, with the picture of tilling and weaving from the Kangxi Reign (1662-1722).

Throughout Chinese and Korean history, two important ox-related topics prevailed in ancient societies — rituals and farming, but were approached from different perspectives.

As their various roles evolved over the centuries, the bovid creatures are now often related with images such as assiduity, responsibility, strength and a reclusive lifestyle to focus on one’s own creative work.

For those who are interested to know more about how the ox images appeared in Chinese art and artifacts, they are welcome to embark on a journey of discovery in the Chinese Painting Gallery, Seal Gallery and Jade Gallery at the museum. 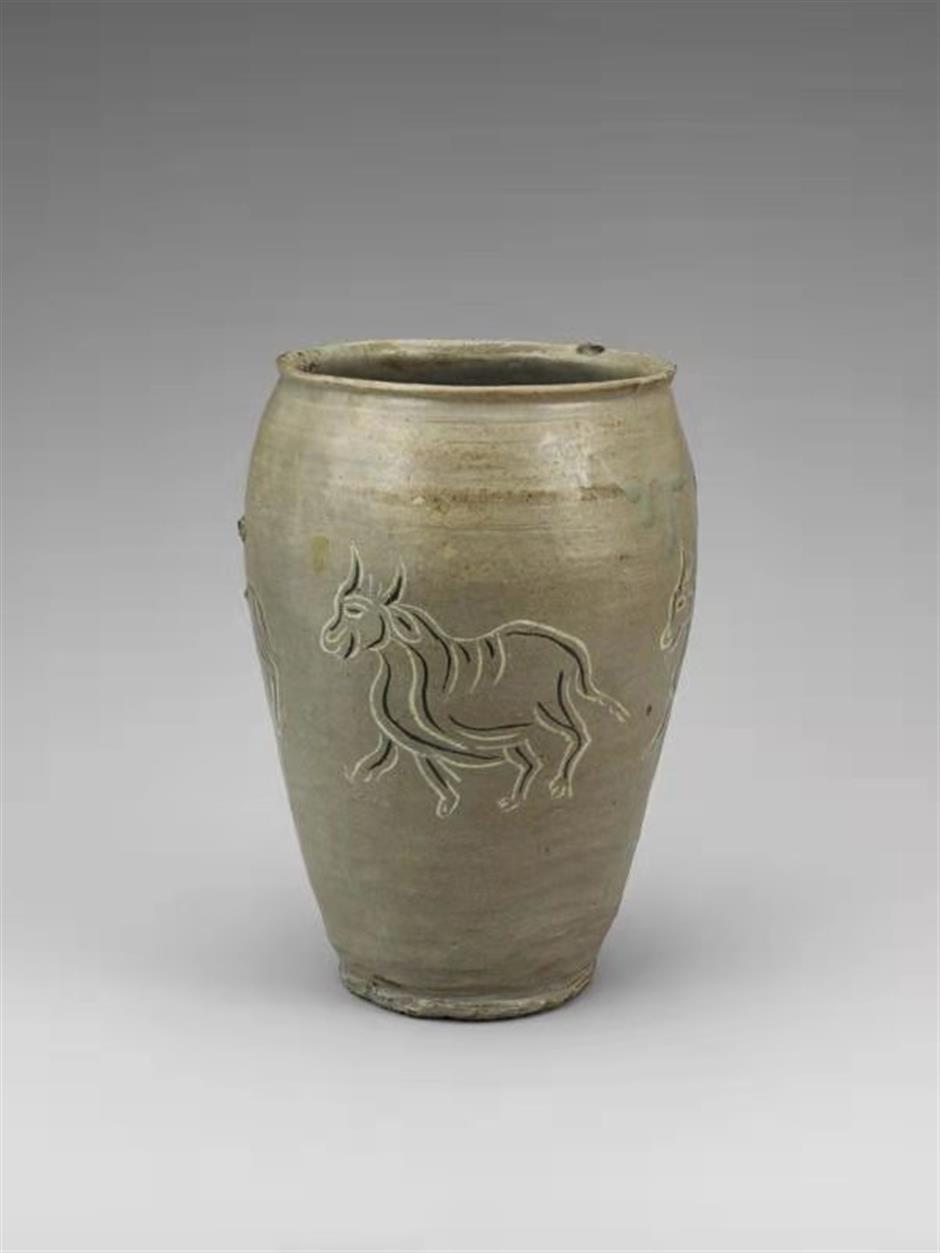