A wide range of crafts and designs themed around the Spring Festival are on display in the Chinese New Year — Culture and Design Series Exhibition which take place at three venues including the Zhejiang Art Museum, Made in Nature·Folk Arts Center and the Crafts Museum of China Academy of Art.

Over time, making clay figurines became a strong tradition across the country, especially during the Spring Festival. Visitors can see different figurine styles drawn from Henan, Shaanxi and Jiangsu provinces.

Making figurines requires soft mud without any impurities. To increase stickiness, craftspeople add natural peach gum to the clay and keep rolling it. The clay must be dried in a cool, ventilated area for days or it easily cracks. 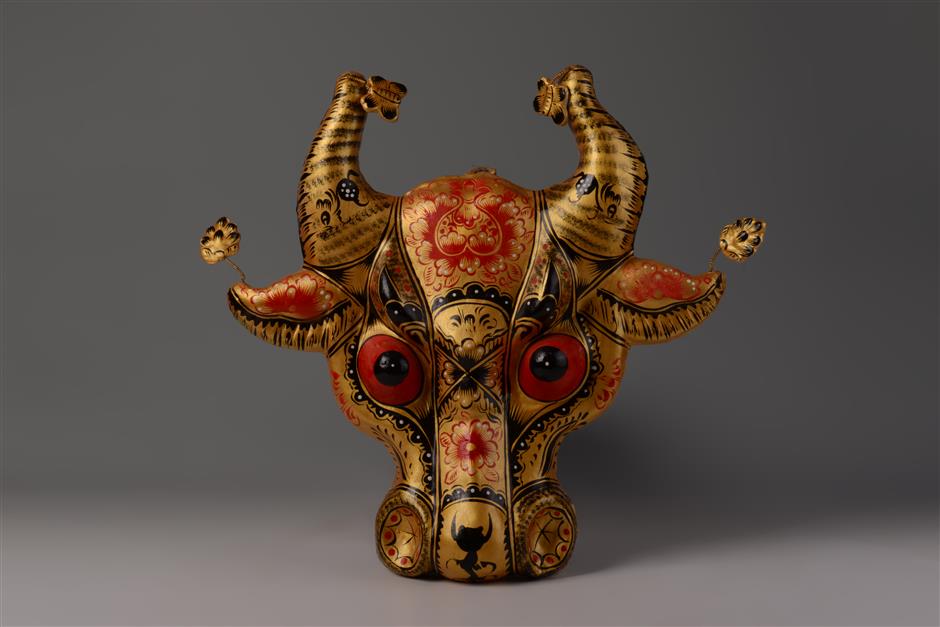 Figurines are coated with a layer of brightly colored pigment to give them a glazed finish and vibrant appearance. In ancient times, figurines were popular among children during the Spring Festival, and today they continue to add a festive vibe to celebrations. 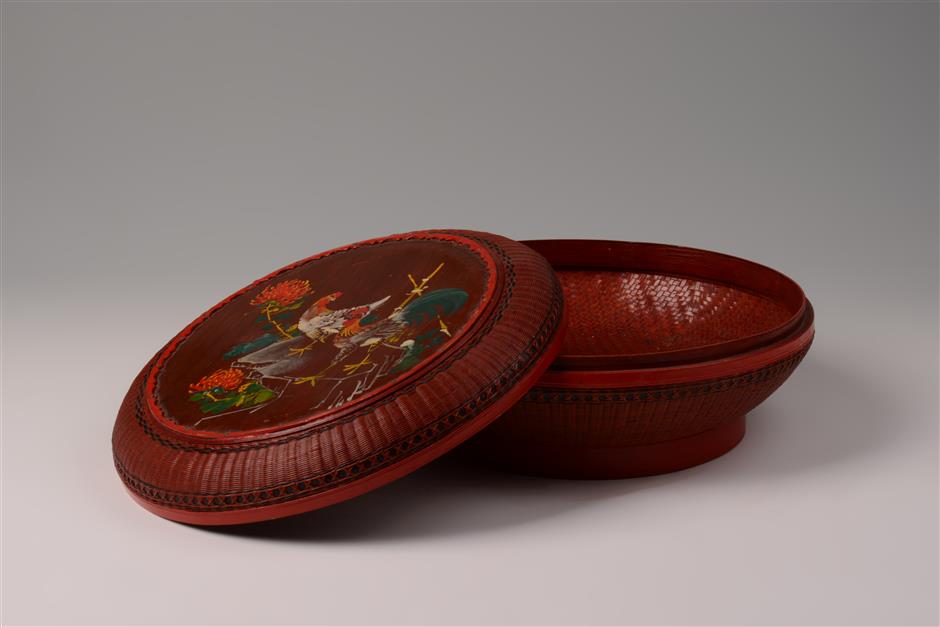 For conventional celebrations, people purchased red lacquered vessels as gifts during the Spring Festival. As seen in the exhibition, the vessels are usually shaped like petals or a rhombus, and decorated with flowers, birds and auspicious clouds. 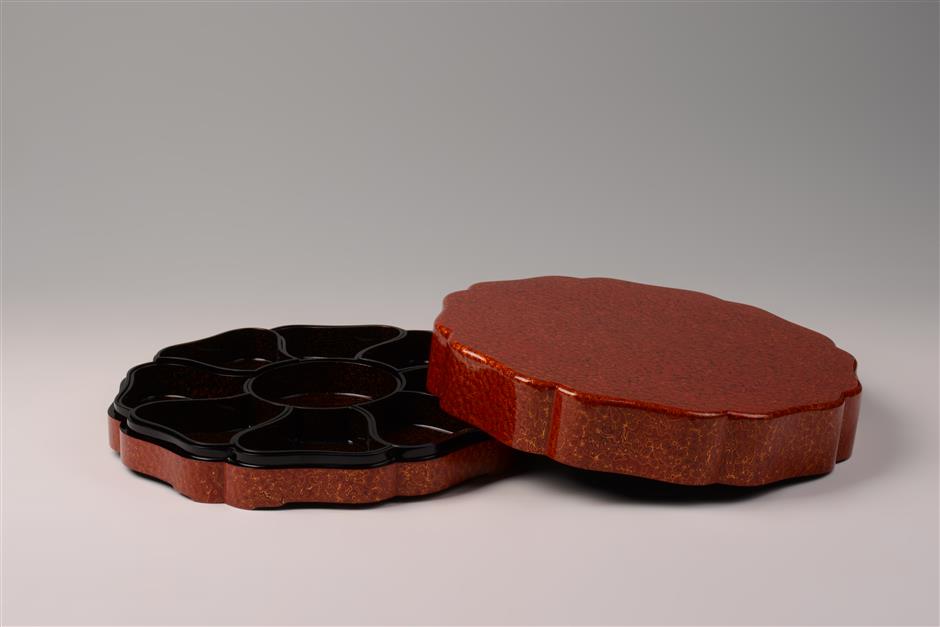 In ancient times, such time-consuming objects were made exclusively for the wealthy, since a lacquered object had to be coated with up to 100 layers of lacquer and could take as long as five years to complete.

Conversely, tiger head-shaped hats for children, embroidered with colorful patterns, were popular among all walks of life during the holiday. People believed the hats could ward off evil spirits and protect kids. 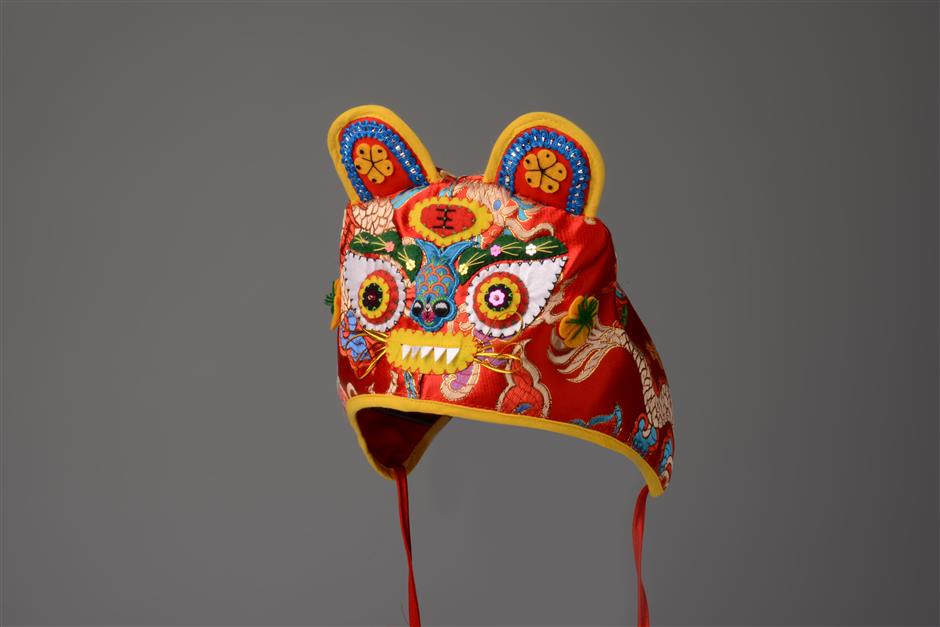 A tiger head-shaped hat embroidered with colorful patterns is on display.

The exhibition at the Crafts Museum of China Academy of Art displays visual art inspired by Chinese traditions.

Among festivals enjoyed by Chinese people, the Lantern Festival is the most visually pleasing, as the lanterns create a kaleidoscope of colors at night. The festival is celebrated on the 15th day of the first lunar month, which is on February 26 this year, marking the end of the Spring Festival celebrations.

Lantern Festival was grander than today in the past. People flocked to the streets to admire ornate lanterns while trying to figure out riddles written on them.

Today, both craftspeople and artists are involved in designing lanterns. Craftspeople adhere to traditional skills and shapes, while artists integrate avant-garde concepts into the designs.

Traditional craftspeople use bamboo strips to produce lantern structures in various sizes and shapes. Ample supplies of bamboo in southern China provide them with the raw material for producing lanterns.

Xiashi lanterns made in Haining City of Zhejiang Province are beloved by people, and local craftsmen receive orders from across the province. Their ornate designs and intricate hand-coloring make them unique. 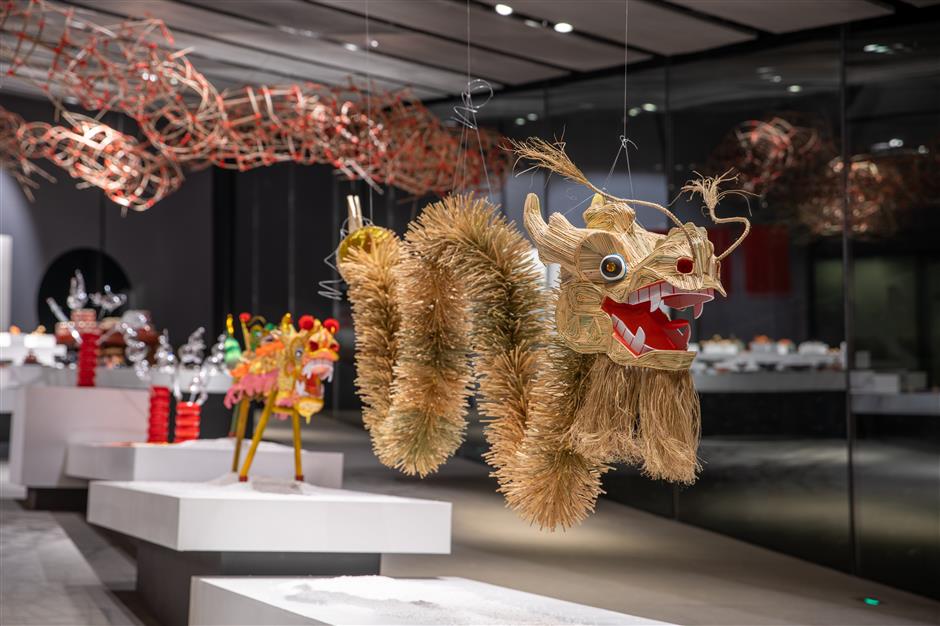 A dragon lantern is made by ample supplies of bamboo. Traditional craftspeople use bamboo strips to produce lantern structures in various sizes and shapes.

The exhibition at Made in Nature·Folk Arts Center in Pingyao Town focuses on traditional entertainment activities of the Spring Festival.

Hundreds of years ago, shadow puppetry was so popular around China that numerous troupes competed fiercely for audiences. Watching shadow plays was a must-do activity during the Spring Festival.

Donkey hide or cow leather is used to make different human and animal characters in shadow play. Some puppets are so delicate that the eyes can be moved with sticks. 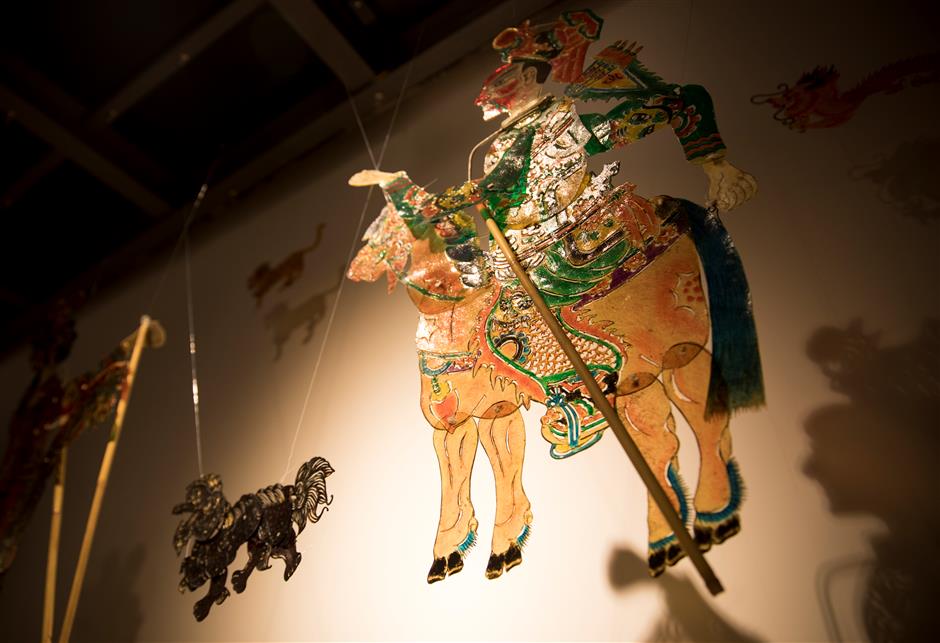 Showcased is a shadow puppetry at Made in Nature·Folk Arts Center. Watching a shadow play was a must-do activity during the Spring Festival in the past.

Due to stringent COVID-19 control policies, reservations must be made through the official WeChat accounts of the three venues. People must wear masks and have their temperatures checked before entering.

The Vision of Chinese New Year

Venue: Made in Nature·Folk Arts Center