Before printing was invented in China in the early Tang Dynasty (AD 618-907), the only way to read and circulate articles was to copy them by hand. Errors were therefore inevitable.

It took nine years to complete the whole project, entitled “Stone Classics of the Xiping Period,” which are regarded as the earliest official stone inscriptions of Confucian classics. Xiping refers to the period of AD 172-178 during the Eastern Han Dynasty (AD 25-220). 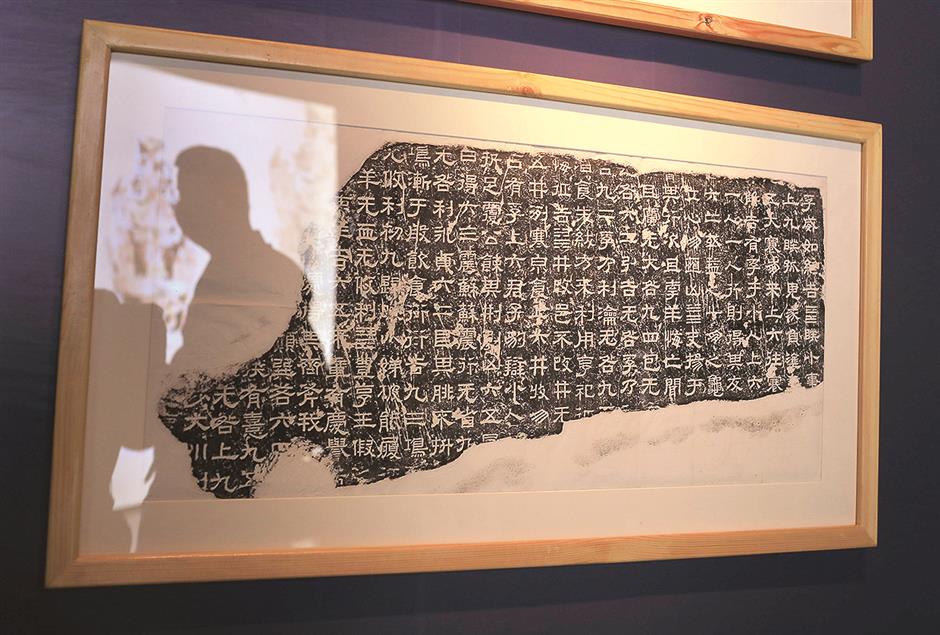 Rubbings from fragmented Stone Classics of Xiping Period on display in Beijing in May 2020. They are regarded as the earliest official stone inscriptions of Confucian classics.

Standing outside the front gate of the then imperial college in today’s Henan Province, it boasts 46 stelae, each measuring 1 meter by 3 meters. With more than 200,000 words, it embodies some of the widely circulated Confucian texts, such as “Analects of Confucius” and “The Book of Changes.” The texts were first written onto the stone using cinnabar and then engraved by craftsmen.

The stelae caused a stir around the country and people flocked to the capital city of Luoyang to copy and study the inscriptions. Historical records reveal that ever since the inscriptions were first unveiled, thousands of carriages traveled every day to visit the stelae, causing traffic jams.

Written by Cai and his fellow calligraphers, it not only provides standard texts for students and scholars all over the country, but also gives an example of the standard clerical-script writing.

One of the best-known calligraphers of his time, Cai is famed for his signature Fei Bai style, or in English “Flying White,” which features hollow strokes, as if written with a half-dry brush. He is best known for his excellence in seal and clerical script, which prevailed in the Han Dynasty (202 BC-AD 220).

Clerical-script calligraphy art has a history of more than 2,000 years, and reached its prime during the Han Dynasty. In general, it boasts a square-and-upright composition, showing strength and solemnness; and slight variations in brush strokes. For example, almost all the horizontal strokes in clerical-script calligraphy are more than just one single flat stroke. It usually begins with a full dot that looks like a silkworm’s head and ends with an ascending arc, like a wild goose’s tail. 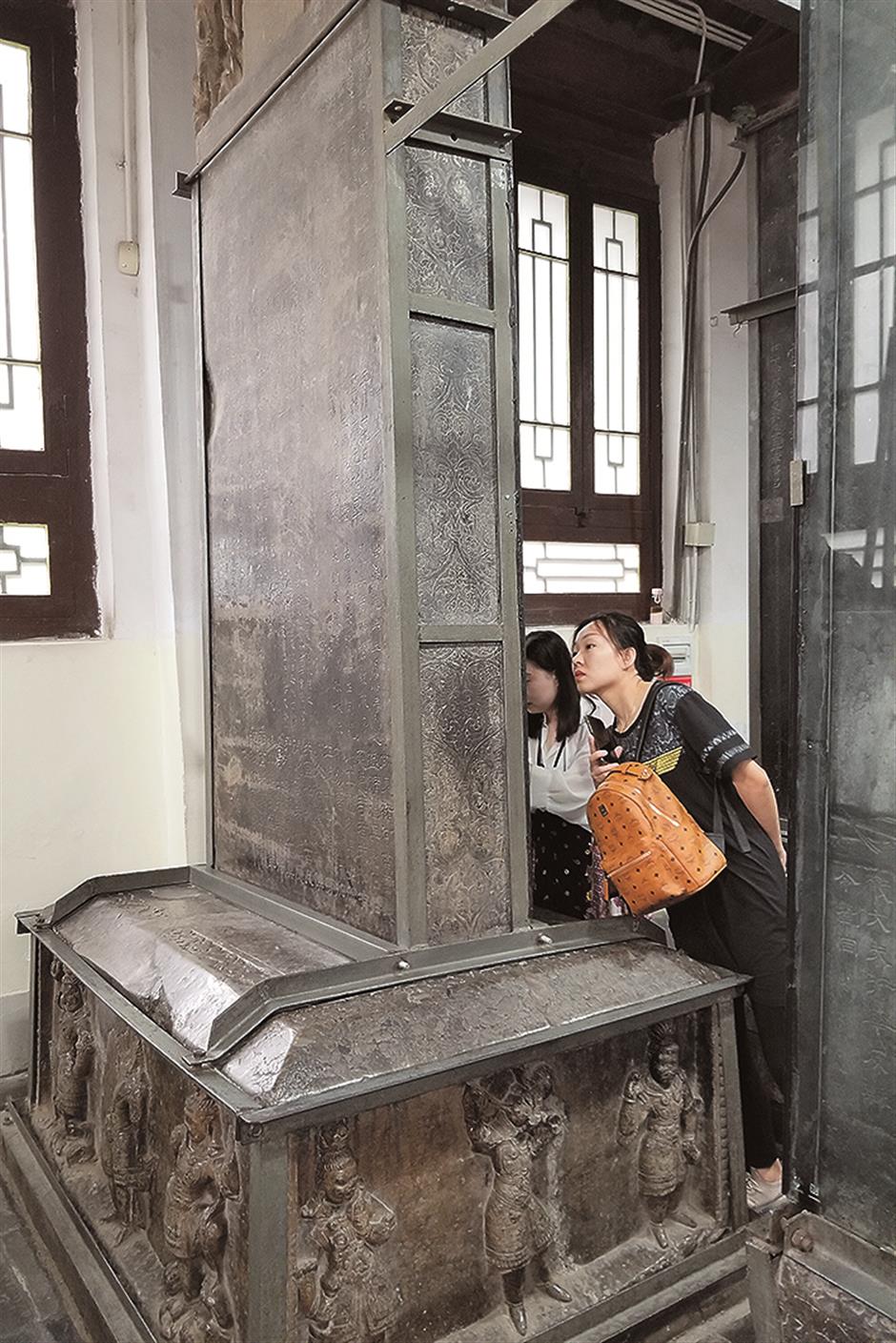 Visitors study the inscriptions on a stele in Xi’an Beilin Museum, Shaanxi Province.

Five years after the stelae were set up, a riot broke out and the rebellion army occupied the capital, dethroned the emperor and set the royal palaces on fire, including the college.

The stelae were also ruined and crumbled. Only a dozen survived the warfare and were relocated to other places; most of the remains were buried under the former site of the burnt-down college, until they were gradually unearthed in the early 20th century.

In 1931, Yu Youren, a politician, found a piece of a fragmented stone at an antique market in Luoyang. A renowned calligrapher himself, Yu recognized that a few words on the stone had come from “The Book of Changes,” and discovered it was in actual fact one of the many Xiping inscription stelae remains. Today, 437 words can still be identified on both sides of the stone.

At the time, Yu didn’t have enough money to buy the stone, priced at 4,000 silver dollars. He had to pay 2,000 as a deposit and asked his friend, general Yang Hucheng, to pay the rest for him two year later.

He had the stone sent to Shanghai and passed around rubbings of the inscriptions among his scholar friends, which led to a craze of studying Han Dynasty calligraphy art.

In 1936, he transported the stone to Xi’an and donated it to the then Shaanxi provincial government. However, before the stone got exhibited, the war against Japanese aggression erupted.

To protect the relic, Yu’s friend had it buried in the east yard of Xi’an Beilin Museum, or The Museum of Forest of Stelae. Still worried, he later took it back to his hometown in Fuping County, central Shaanxi and hid it in a deserted well.

Today, the piece is displayed in the No. 3 exhibition hall of Xi’an Beilin Museum.