Buddhist shrine once a scene of royal secrets, murder, scandal 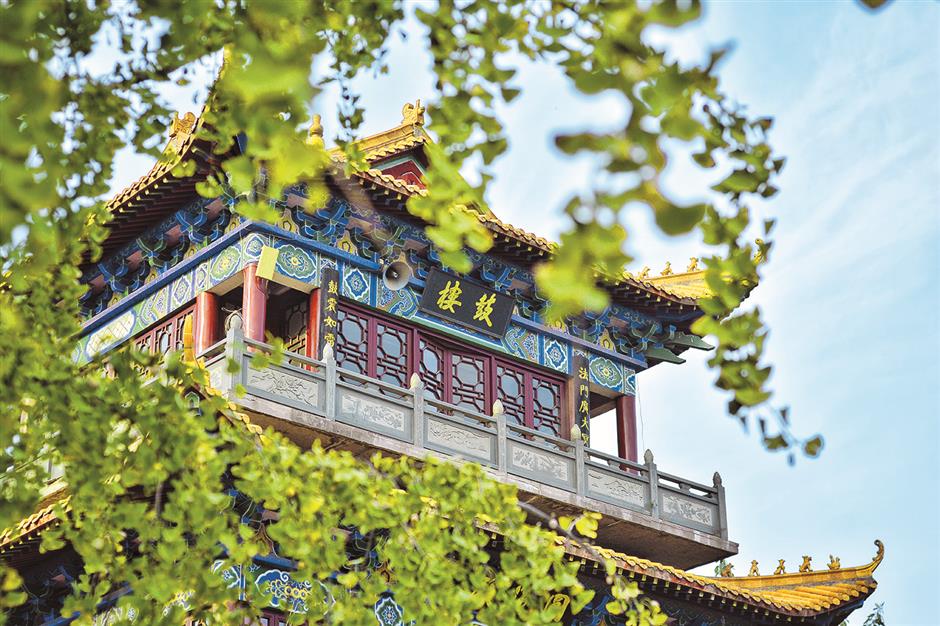 Zhanghua Temple is rife with royal secrets, scandals and murder.

Zhanghua Temple is rife with royal secrets, scandals and murder.

It’s said the temple, sitting on the southeastern tip of Shashi City, Hubei Province, was originally built on the site of Zhanghua Palace (or Zhanghua Platform), an exceptionally gorgeous imperial abode of the King Ling of the Chu State.

He mounted the throne by killing his nephew in 541 BC.

The monarch enjoyed excessive luxury and liked women with slender waists singing and dancing in the palace.

The ladies, who wanted to please the king, ate little and endured hunger, and many of them starved to death. Even the palace was designed in a narrow shape, thus earning the name of the “Slim Waist Palace.”

The magnificent construction was so high that people on average had to take at least three breaks on the way up to the top.

In 529 BC, the people of the Chu State overthrew the dictator’s tyrannical reign. Betrayed by his servants, the king finally hanged himself.

The palace was eventually destroyed in the subsequent civil wars and as a consequence its bloody past was buried in the process.

Having been abandoned for centuries, a Buddhist temple was set up on the original site during the Yuan Dynasty (1271-1368).

Past the front gate is the Hall of Heavenly Kings. It has a bell tower and drum tower on both sides, while a plum tree stands at the front, slightly to the right. The plum tree can be dated back to the Chu State, which is over 2,500 years old.

It echoes with a ginkgo tree, planted in the Tang Dynasty (AD 618-907). Today it’s symbolized as a tree god among pious followers, and it is laden with red strips written with people’s good wishes.

An ancient well is a must-see for visitors. It had been buried and overgrown with weeds for hundreds of years until a restoration project launched in the late Qing Dynasty.

Archeological research revealed the well was dug out by the order of King Ling of the Chu State.

He sat high on the Zhanghua Platform and enjoyed watching slim-waist ladies watering flowers while dancing at the same time.

The well often gave off a pleasant fragrance and people thought it was because of fallen flower petals.

The well was destroyed in the civil wars but it was brought back centuries later. Since the Qing Dynasty the well has been functional and became a main water source for the monks and nearby residents.

In 1934 during a dredging project, a monk unveiled the pleasant fragrance mystery when he ventured deep into the bottom of the well and found a wooden block pieced together.

The then abbot Miao Quan, after careful study, discovered the wood was agarwood, which was far more valuable than gold at the time.

The Ganlu Pavilion boasts the most precious architecture in the temple. The octagonal seven-story tower is painted inside and outside with murals of the Guanyin Buddha in varied styles of different dynasties.

The stone columns of the tower are carved with more than 500 exquisite and vivid sculptures of flying dragons, white elephants, unicorns, lions, white deer and auspicious clouds.

Fifty-six overhanging eaves are engraved with dragons, each holding a copper bell in mouth, which chime in the breeze.

The top floor is the home to the four-faced jade Guanyin Buddha, guarded by a 4.8-meter-tall golden elephant.

The temple’s master monk, Jing Yue, was granted with title of “Royal Abbot” by the Empress Dowager Cixi (1835-1908) to govern all the temples and nunneries in Jingzhou, Yichang and Enshi in Hubei Province.

Thus, Zhanghua Temple rose to fame and became an influential Buddhist shrine along the Yangtze River.