Art seen and portrayed from a female perspective

“Sijing Rivers and Flower Blossoms,” an exhibition featuring more than 60 oil, ink, watercolor paintings and prints by 17 female artists in Shanghai, is underway at the Xianhe Art Museum in Songjiang District’s Sijing Town through April 5. 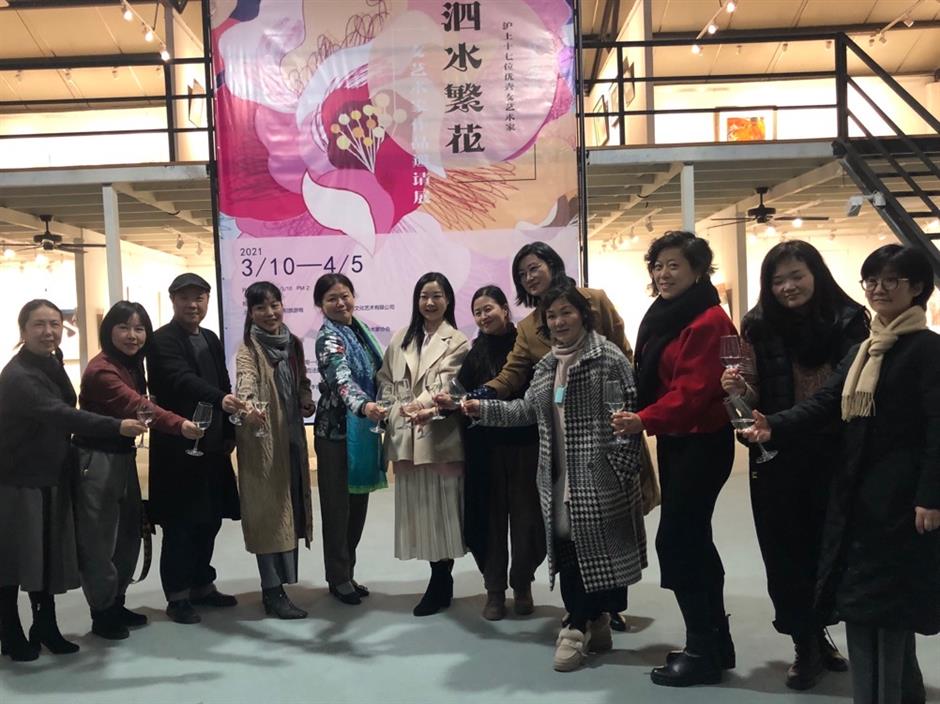 Artists attend the opening ceremony of the exhibition. 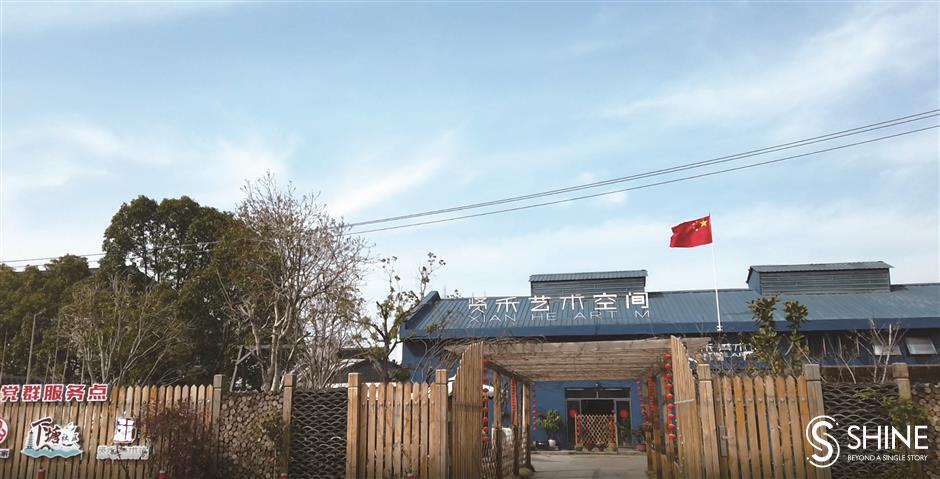 Sijing Town is where four rivers — Tongbo, Waibo, Dongjing and Zhangjing — converge, hence the name “si,” literally meaning four. The arrival of the female artists and their artworks in March, a month usually featuring feminine-related imaginations in China because of the International Women’s Day on March 8, adds wonders and splendor to the region.

“Artistic creation is not affected by an artist’s gender. We’ll feel amazed by both male and female artists’ creative works. Female artists have rich and subtle emotions, which inspire them to create artworks with great subtlety and diverse colors,” said Li Yan, curator of the exhibition.

“The works we selected from the 17 female artists reflect their thoughts on life from different aspects,” Li added.

Chen Xiaoyun, one of the artists, recalled how she was inspired because of a bicycle accident and later created her painting series “Flower Blossom from My Head.”

“When I was riding a bike on the streets one day in October last year, I fell hard on the ground. Both my head and hip were hit hard. I was angry with myself. But this anger triggered my imagination and inspired me to create the ‘Flower Blossom from My Head’ series, which actually portrayed the fall,” said Chen. “You know, artists really have their smart ways to vent negative feelings.” 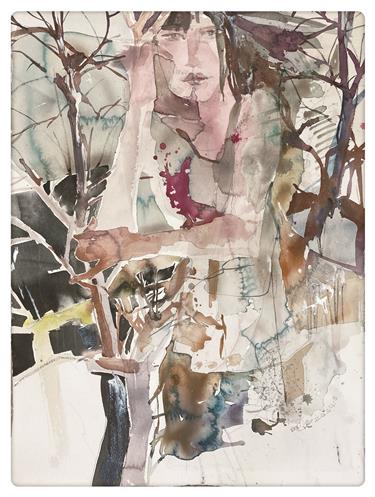 Zhang Manqian, another participating artist, is showing a series of paintings that portray a lotus flower’s withering state in reverse.

“It is about a flower withering. During that period of my life when I created the work, I was really in low spirits. But I didn’t want to lose hope, so I portrayed the flower’s withering state in reverse. We see a withered flower at the beginning and a blooming flower in the end,” said Zhang.

Part of the “Reborn” series by artist Zhang Manqian

Cultural workers in Sijing Town helped with the successful launch of the exhibition. 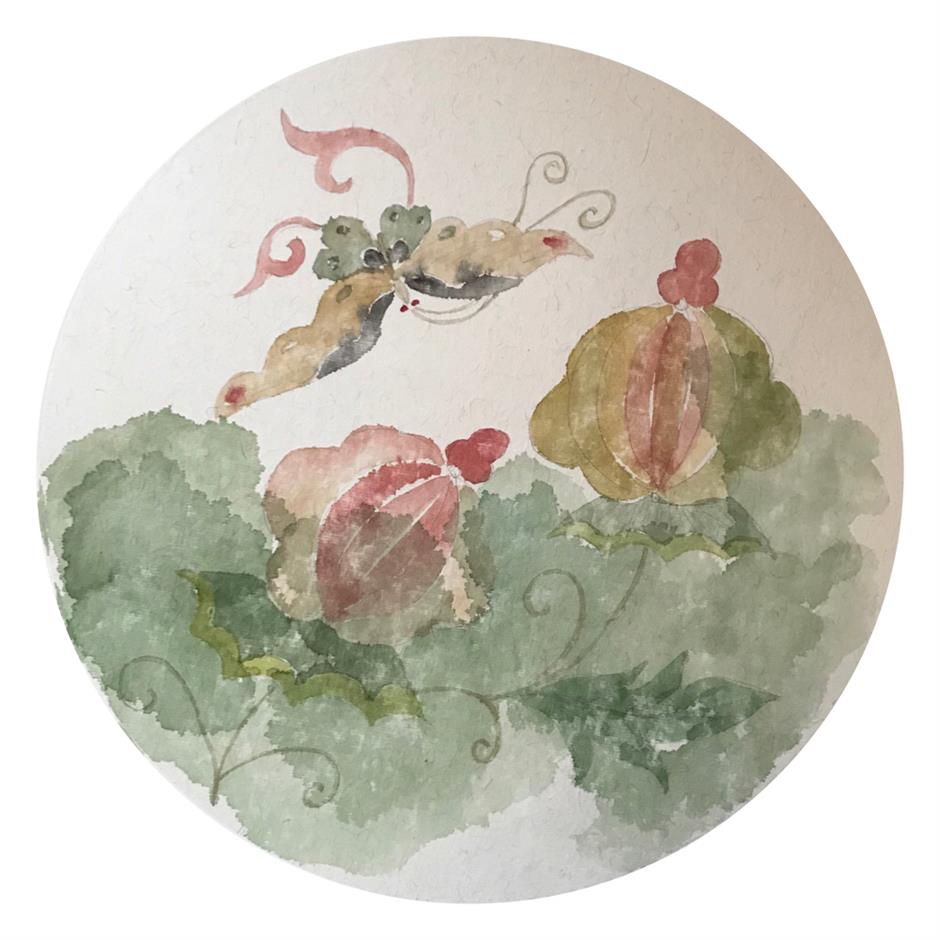 An artwork by artist Wang Haixia