Ouyang Xun (AD 557-641) was a renowned calligrapher, politician and scholar of the early Tang Dynasty (AD 618-907). Born in today’s Changsha City in Hunan Province, he was a talented student who read widely in the classics.

He was an official in charge of rituals and sacrifices in the Sui Dynasty (AD 581-618). He started to teach calligraphy at the Hongwen Academy in the Tang Dynasty and later became an imperial calligrapher and inscribed several imperial stelae — stone or wooden slabs.

Ouyang’s calligraphy was mainly in kaishu (regular script). His distinctive style was called “Ou Ti” (Ou-style) by later generations. The erudite scholar was one of the Four Great Calligraphers of the early Tang Dynasty, along with Yu Shinan, Chu Suiliang and Xue Ji. Together with Yan Zhenqing, Liu Gongquan and Zhao Mengfu, his writing was considered one of the top four in Chinese history. 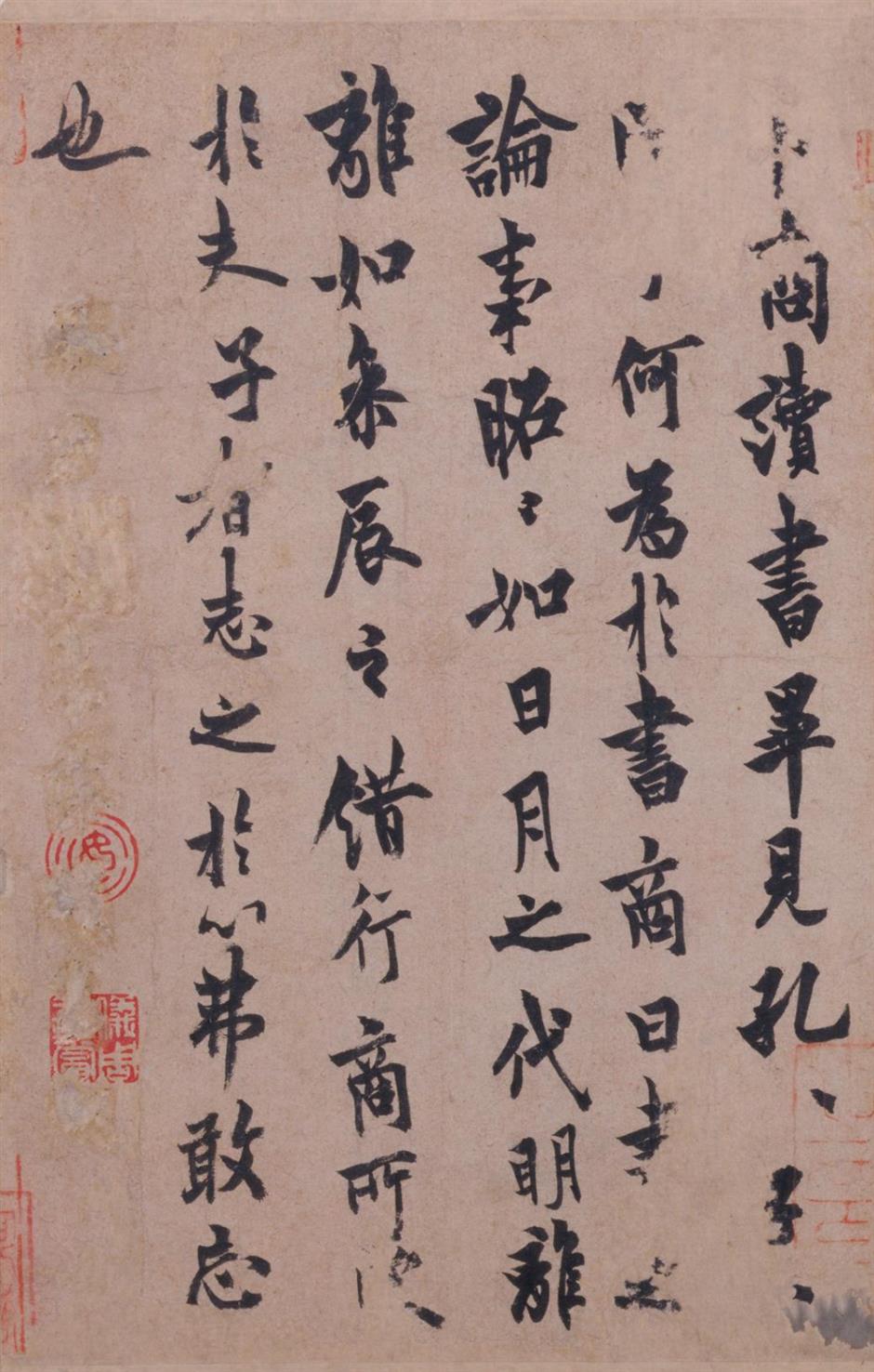 The artist was also the designer of the kaiyuan tongbao, a Tang Dynasty cash, as he notably wrote the inscription which affected the calligraphic style of other coinages in countries and regions in central and east Asia.

Hard-working and introspective, Ouyang one day wrote a legendary text known as “Bu Shang Dushu Tie” (“Bu Shang Commenting on the Classics”) after reading the anecdote of Bu in “Shangshu Dazhuan” (“The Great Commentary on the Book of Documents”).

Bu (507-400 BC) was one of the most diligent students of Confucius from the State of Wei and lived during the Spring and Autumn Period (770-476 BC). The two often engaged in philosophical discourse on a variety of topics.

Ouyang read that one day Bu finished his studies and reached out to Confucius for discussion.

When asked about the feedback, Bu said that he received great clarity and guidance from his studies and he would never forget the teachings of his master.

Compared to the original text, the version Ouyang read differed in choices of characters.

Later he added his calligraphy to “Zawen Bu: Dushu” (“Miscellaneous Literature: Studying”), the 55th chapter of “Yiwen Leiju,” a Chinese leishu encyclopedia that himself edited.

In this work, Ouyang displayed his shuanggou (double-hook) style with a lavish use of ink.

The beginning and ending strokes showed slanting and square characteristics. 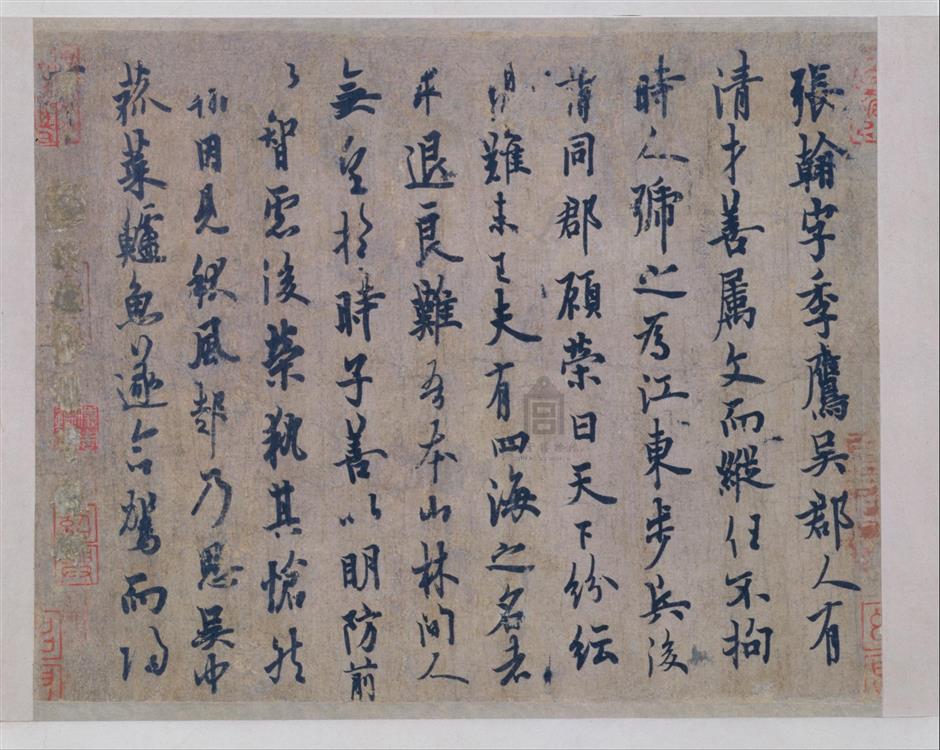 He combined his writing techniques with northern epigraphic style with that of the “Two Wangs,” namely Wang Xizhi and his son Wang Xianzhi, one of the most prestigious father-and-son duo calligraphers in China. The leishu, translated as category books, is a genre of reference books in ancient China.

The piece was widely documented throughout history. It was first collected during the Xuanhe Reign by Emperor Huizong of the Song Dynasty (AD 960-1279). Centuries later the artwork was housed by connoisseur An Qi of the Qing Dynasty (1644-1911) before it was added to the imperial collection of Emperor Qianlong (1736-1796), who included it in his personal album “Fashu Daguan” (“Splendid Array of Calligraphic Works”).

Now stored in the Palace Museum in Beijing, the “Bu Shang Dushu Tie” we see today is a copy of the original produced with a technique, in which the artist traced the characters before filling them with ink.

Other representative works by Ouyang are “Jiuchenggong Liquan Ming” (“Inscription on the Sweet Spring in the Jiucheng Palace”) and “Zhang Han Tie” (“Zhang Han Manuscript”). The former is listed as an important cultural relic of Shaanxi Prvince and in 2016 it was listed in the National Catalogue of Precious Ancient Books.

﻿
Special Reports
﻿
61864
,
Imperial calligrapher with style
Shang explores the matter of life and death
Self-automated art loses none of its fascination over time
A celebration of mudan's place in Chinese culture
From a shed to Buddhist shrine
Wang's creations welcome warm spring in Jiading
Family treasure: Memories are made of this
More impressions of Monet and impressionist masterpieces
Hermès luxury brand exhibition goes off camera
The Forever bike that ruled the streets of Shanghai
EXPLORE SHINE