The signs are there, if you just look

The city belongs to those who really look. As part of Shanghai Citizen’s Cultural Festival, the exhibition “Signs in Shanghai” at Xuhui Art Museum showcases a variety of typefaces in Shanghai from the 1920s to the present day.

Nearly 100 exhibits are on display, featuring sign-related objects, curiosities and samples. Regular script is the basic font of shops signs, and accounts for the vast majority of Chinese traditional signs for its rigorous structure and legibility.

Since the beginning of the 20th century, Shanghai has been a robust commercial city with different types of businesses. Shop names, traffic signs, political slogans and business advertising are the most commonly seen in the city street. They not only offer information for daily life, but also help shape our behavior in public places.

“I took a photo of a sign that read: ‘Welcome to Shanghai’ in 2003. That marked the beginning of my interest in street-side typos,” said Jiang Qinggong, author of the book “Typo in Shanghai” who provided most of the exhibits on display. “The texts and fonts reflect a history of nearly a century of transformation of the city and urban renewal.” 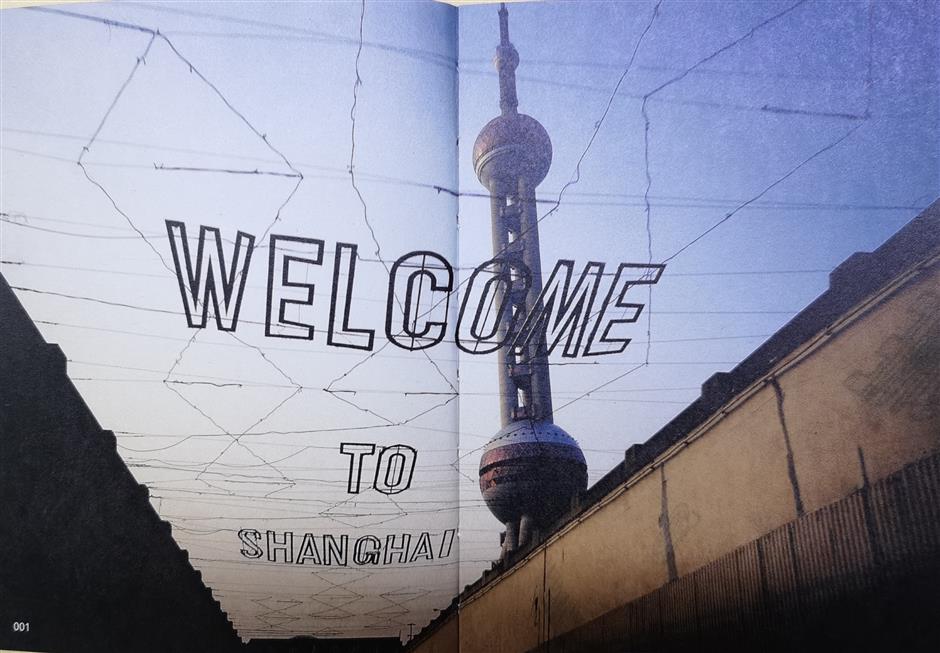 An outdoor slogan at the Pudong exit of the Yan'an Road E. Tunnel in 2003 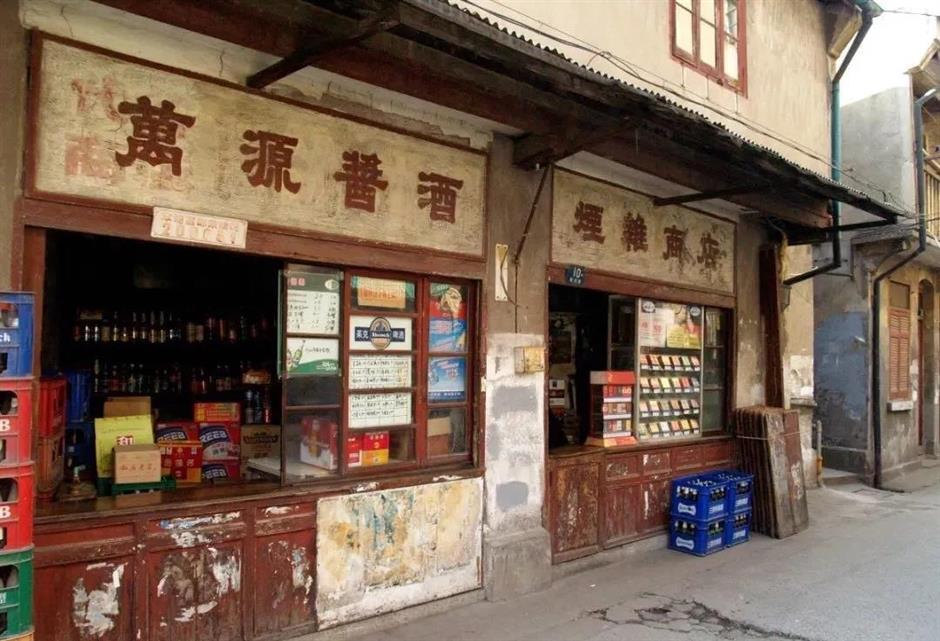 Wanyuan Grocery Store in Hongkou District. Having been open for decades, it is gone during the recent urban renewal.

Jiang has taken nearly 1,000 photos on the buildings, restaurants, shops, vending stands, as well as dilapidated houses and industrial relics in Shanghai’s streets, lanes and villages over the past 18 years. Among them, more than 360 pieces are selected to offer a clearer picture of the collection, which is dedicated to the art and history of commercial design and sign making. 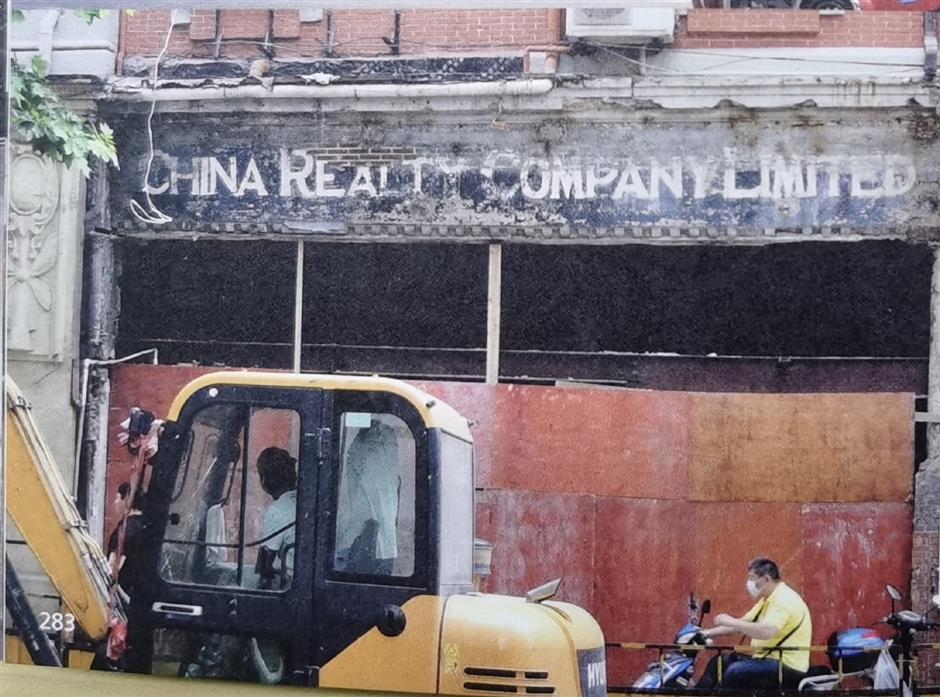 A picture of China Realty Company Limited, an American business on Nanjing Road E. in the 1920s 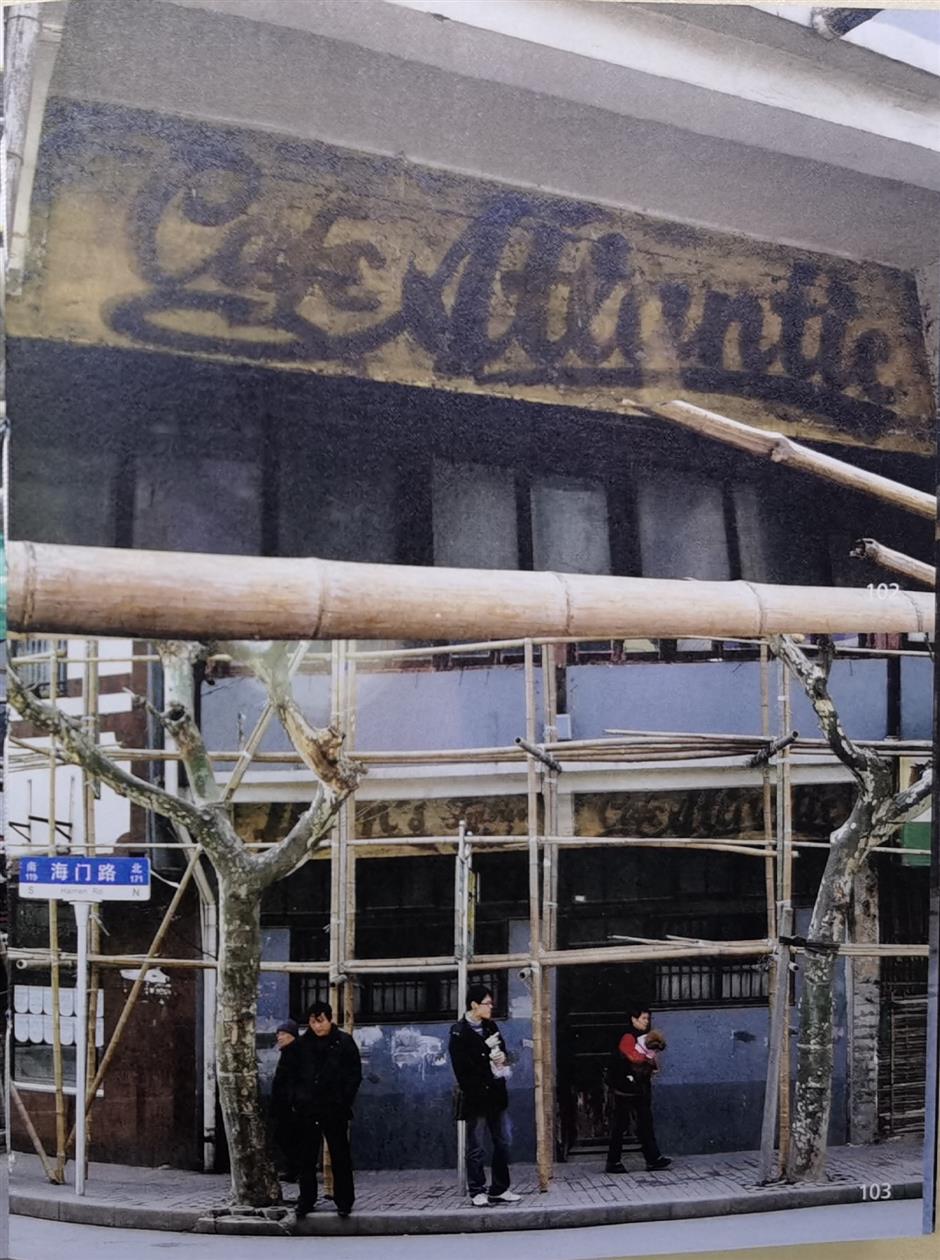 Visitors can see pictures of an American business China Realty Company Limited on Nanjing Road E. from the 1920s, which was exposed during a renovation last year; the Café Atlantic run by the Jews in Hongkou in the 1930s-40s, which was preserved and reopened at the Shanghai Jewish Refugees Museum; slogans in the 1970s in the New Weibei script on the door of a farmhouse in Qingpu District, which is gone along with the farmhouse for new apartment buildings. There are also trademarks and film posters drawn in calligraphic fonts in the 1990s and the latest typefaces on the shop windows handwritten by typo-artists from overseas.

“Today, some business owners keep and reuse the old signs,” said Jiang. “It is good to see they put new signs alongside the old ones to retain traces of history in the city, which shows the local people’s confidence in and respect for traditional Chinese typefaces.”