Artist Tian Xuesen has earned his reputation for his Huashan Mountain oil painting series, but he is more than that.

An exhibition looking back on the painter’s art over the past 20 years is in full swing at the Shanghai Powerlong Museum. Ranging from portraits to landscapes sketches and his current sole subject Huashan, the paintings on display can be seen as a quick glimpse into Tian’s art career.

His works in early years were mainly countryside landscapes and city scenes. In bold colors and simple lines, those farms, streets and parks under Tian’s brushes were full of vitality in exaggeration, showing the trace of influence by van Gogh.

In the early 2000s, Tian ventured onto the Tibetan Plateau to get inspiration from nature. The blue sky, white clouds and fragrant wild flowers helped him find inner peace. When he lay on the grass of the untrodden plateau, the artist felt what he later called “quiet fervency.”

He followed the footstep of French painter Balthus (1908-2001) to lead a lonely hermit life, and tried portraits of big color blocks.

In 2007, finding himself stuck in with artist’s block, Tian left a will and hit on the road to the west along China’s border to seek escape and inspiration.

“It’s powerful and vigorous, a symbol of manhood and aggression,” he said. The mountain is a popular subject in traditional Chinese ink painting, but is seldom portrayed in Western oil paintings.

His works reveal the mountain in morning light, sunset glow, winter snow and in spring lushness.

It is somewhat reminiscent of Cezanne’s series of paintings of Mont Sainte-Victoire in different seasons and different lights.

“I will be probably painting the mountain as my sole subject to the end,” Tian said. “One’s energy is limited, and I will dedicate all my energy to it.” 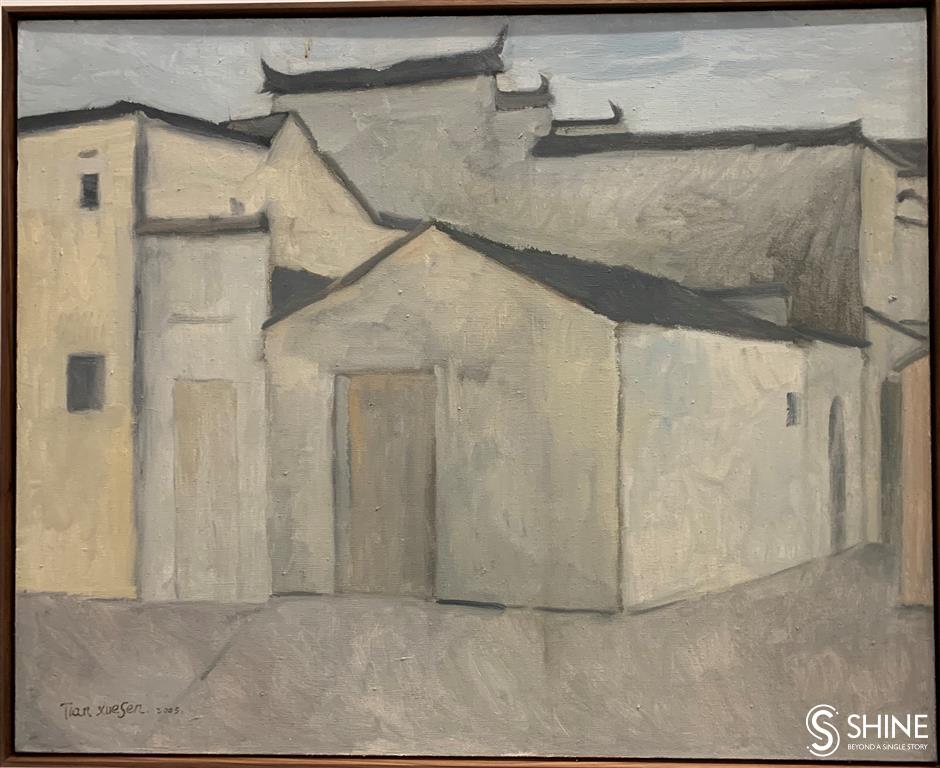 ﻿
Special Reports
﻿
61829
,
Hermit artist shares his 'quiet fervency'
City volunteers inspire rural children's art dream
Deep questions about life in a time of turbulence
Exploring Hani culture through decorated clothing
More than just pretty pictures: Learning new ways we can harness art for healing
A sacred monument to the past and the art of sculpting with clay
The signs are there, if you just look
Hangzhou artist reviving ancient woodblock printing
Artist who wowed the Queen of England
Birds bring forth invisible and irresistible forces
EXPLORE SHINE