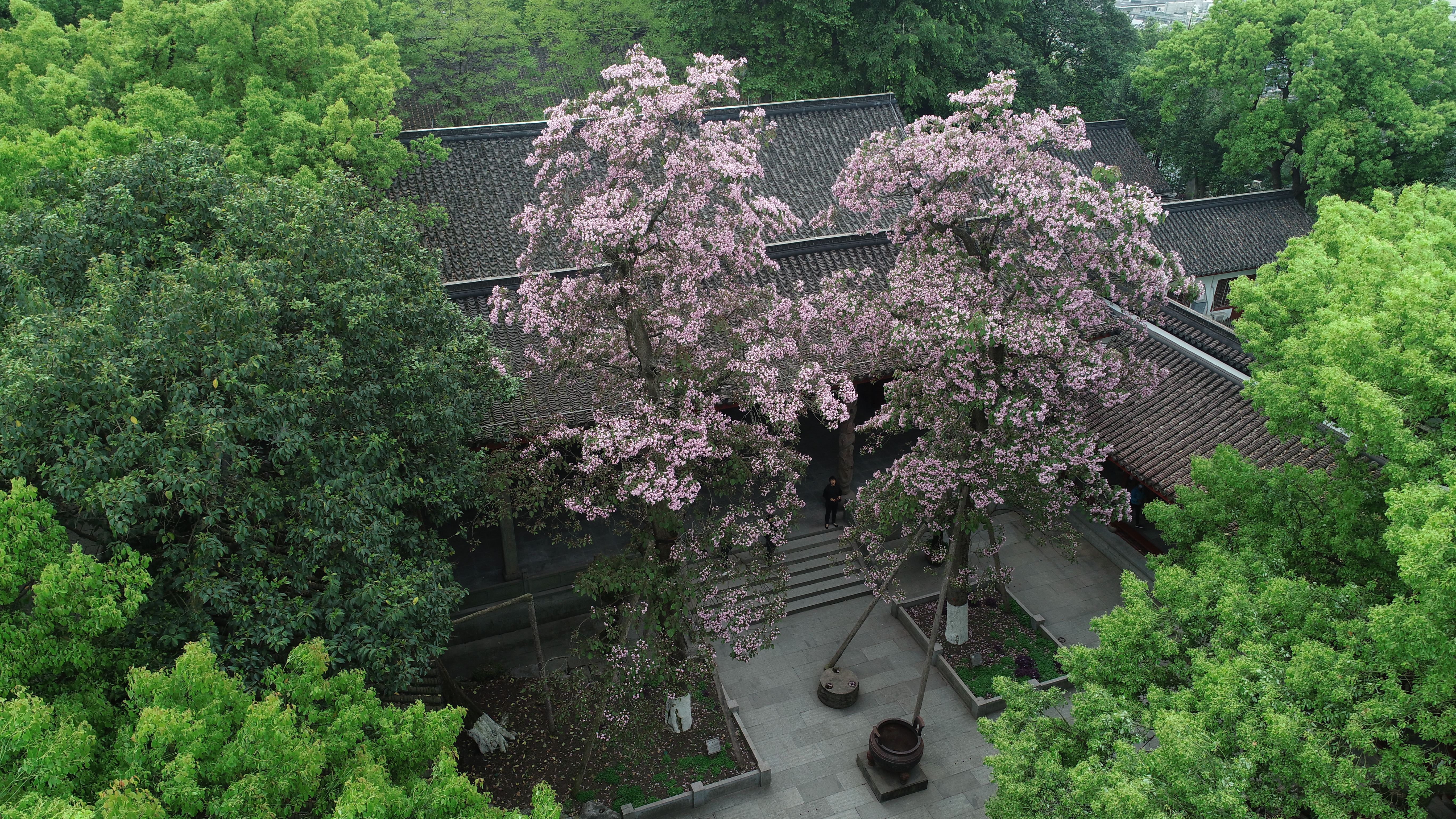 Dongyue Temple is hidden in the lush vegetation of Hangzhou’s Wushan Hill. Compared with its counterparts in the city, this temple keeps a low profile and attracts few tourists. However, the situation changes every April when its two 530-year-old qiushu bloom inside the compound.

Qiushu (楸树), commonly known as catalpa bungei, is a species of catalpa native to China. The flowers are arranged in a corymb and covered with pink spots. Qiushu has been cultivated in China for centuries as an ornamental tree.

Dongyue Temple was built during the Northern Song Dynasty (960-1127). Throughout several dynasties, it has been destroyed and rebuilt several times. This year, local authorities gave it a facelift and sprayed pesticides to prevent termites.

After months of renovations, the temple reopened on April 10, inviting visitors to linger over the blossoms that will stay in bloom through the end of May.

The temple is listed as a protected building in Hangzhou. Unlike its present-day solitude, it was once swarmed with devout believers during the Song Dynasty (960-1279). People worshipped the God of Dongyue, or God of Mount Tai, who is believed to connect the Earth and heaven in Taoism.

Feudal emperors emphasized the rituals for worshipping the god and built temples similar to Dongyue across ancient China.

Although historical documents recorded the temple’s origin, no archives indicate who planted the two qiushu.

Centuries ago, qiushu was popular across the country, commonly grown in gardens and inside mansions to reflect the inhabitant’s aesthetics. Scholars and artists honored its beauty through art and literature.

In 2015, Hangzhou government launched an online contest to select 70 beautiful old trees in the city, and the two qiushu were included. On the list, the oldest tree is a 2,100-year-old sabina chinensis, or yuanbai (圆柏), growing in Taihuyuan Town in Lin’an District.