Xi Jianzhong, a staffer with the first construction project management team in Shanghai Zhuzong Group Construction Development Co, is the technical director of the renovation project.

The renovated Nanxiang Twin Pagodas on Nanxiang Old Street are open to the public now, as the repair project starting in March finished last week. Made of bricks, the pagodas have weathered seriously since the last repair in 1985.

Xi Jianzhong, a staffer with the first construction project management team in Shanghai Zhuzong Group Construction Development Co, is the technical director of the renovation project, and he is familiar with pagodas. He took part in the last repair work when he was 29. Over the years, he has grown from an apprentice to a senior repairer with abundant experience in the protection of ancient architecture, gaining renown in the relics protection area.

Xi, now 65, was a bricklayer before becoming a restorer of ancient architecture. After the launch of reform and opening-up in China, Shanghai government paid a lot of attention to restoration and gathered a team of 20 to start an urgent protection project. Xi was selected as one of the members of the team because of his experience as a bricklayer.

“In the 1980s, the restoration industry had limited talent, most of whom were over 70 years old. Under this situation, the government gathered 10 of those who were masters at restoration and 10 youngsters to make up the gap, aiming to develop young talent and inject new energy to this area,” Xi recalled.

His first project was the renovation of the Jade Buddha Temple in Shanghai’s Putuo District, and he has put down his roots in this industry ever since. After that he participated in several projects across Shanghai including the repair of Longhua Temple in Xuhui District, Jing’an Temple in Jing’an District and Confucius Temple and Qiuxia Garden in Jiading District. 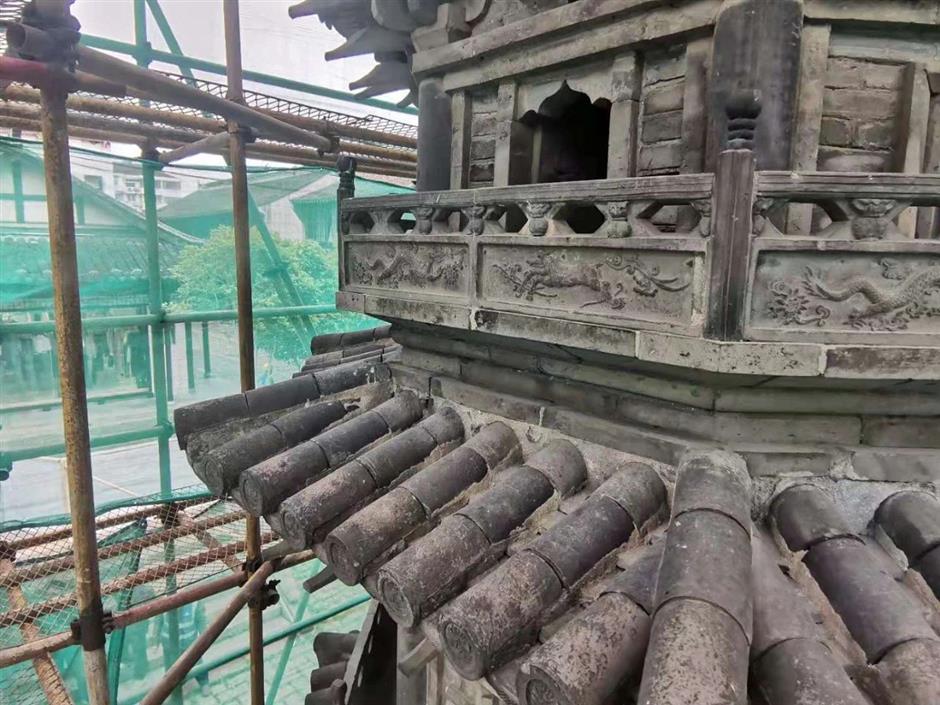 The detail of one of the pagodas before renovation shows that it has weathered seriously.

“Repairing ancient relics takes time in learning. You have to remember each word your mentor tells you so that you can learn something and grow. If you’re mindless like watering off a duck’s back, it is a waste of time to work here, as it’s not easy,” said Xi.

He remembers how dedicated his mentor was even at the age of 81 when he asked two mentees to lift him up through a 15-meter-high scaffolding so he could sit on a platform to inspect the work and give instructions in person despite of his old age and in such dangerous conditions. This set a good example for Xi.

Under the guidance of such a strict and excellent mentor, Xi worked hard and rapidly developed his skills.Before the actual work begins, Xi has to carry out an onsite inspection and draw up plans.

Four months ago, Xi started to look for bricks and clay that would be suitable for the Nanxiang Twin Pagodas. The bricks, tiles and dougong, which is also called corbel arch, were specially made in Jiashan in neighboring Zhejiang Province during the first renovation, but he found that the kiln that had been used before was shut down. In fact, all the kilns had been removed for environmental reasons.

To find the same clay, he finally found a kiln in Yixing in Jiangsu that can customize the bricks and accessories that match the unique materials of the pagodas.

As for the clay, the one used before came from Zhejiang and Jiangsu provinces, so he was reluctant to use any from other areas such as Hunan and Jiangxi provinces.

“As the old Chinese saying goes, ‘local water and soil raise local people.’ So the clay produced in different areas varies from one place to another after being burned,” said Xi.

He adheres to the concept of repairing the old structures as they would have been constructed originally.

“What I do is to restore instead of rebuilding a structure, so I have to follow the original materials and, of course, the local culture. If you just use something at will, it is irresponsible.”

In 1999, Xi took part in repair work on the Bell and Drum Tower in Yunxiang Temple which is close to the Nanxiang Twin Pagodas. 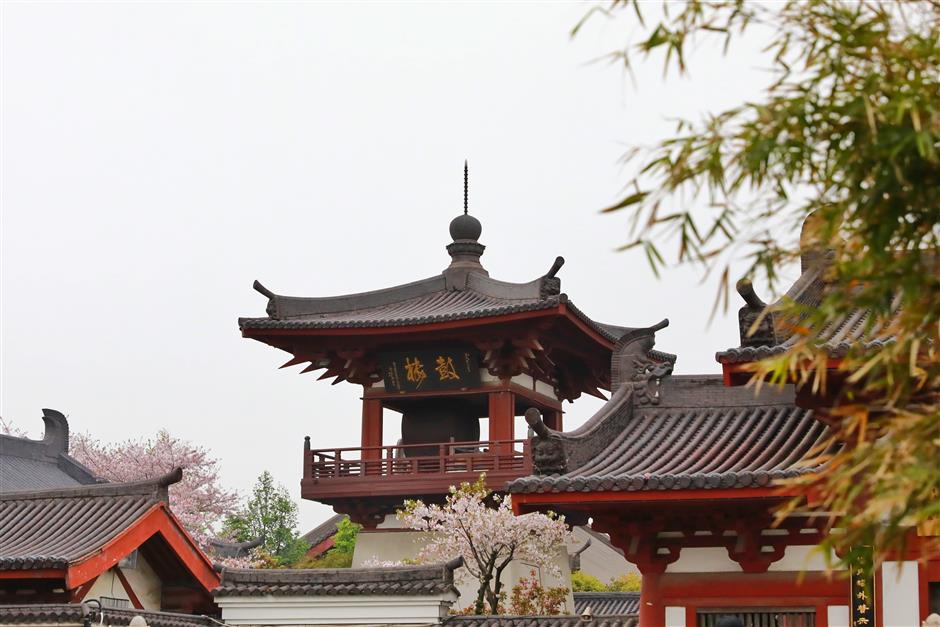 In 1999, Xi took part in repair work on the Bell and Drum Tower in Yunxiang Temple which is close to the Nanxiang Twin Pagodas.

After planning a blueprint, he and his team mapped it and created the model through machines. Then they used a truck to send it to Yixing for firing. Every one was excited when seeing the finished product.

Xi assembled his own team in 2006, and the former residences of Zhang Wentian and Du Yuesheng were among the first batch that they renovated.

Some facelift projects take years to finish. For example, it took Xi six years to complete the Jade Buddha Temple and four years for the Confucius Temple (including Qiuxia Garden).

“People may think my job is tedious, but to me, I enjoy every second of it,” said Xi.

His knowledge and expertise are in great demand from his team members, and his zeal has bolstered the team’s reputation.

Xi was assigned by the company to help rebuild the Huangdi Memorial Temple, a UNESCO World Heritage Site, in Dujiangyan which was hit severely during the Wenchuan earthquake in 2008. The project cost him more than a year.

Repairing ancient relics takes time in learning. You have to remember each word that your mentor tells you. People may think my job is tedious, but to me, I enjoy every second of it.

In 2012, he was invited to repair national-level ancient architecture including the administration building, the library, the former residences of Premier Zhou Enlai and Chiang Kai-shek, most of which were originally built during the Republic of China (1912-1949) period and on the national cultural heritage list, at Wuhan University in Hubei Province, a task that took seven years.

“I’m not boasting about myself. I think my team can rank first in Shanghai. There were other companies doing projects sometimes, and the comparison with each other was obvious in the eyes of the investors,” said Xi. “Once I found the provided renovation designs not ideal, not fitting the culture background of the architecture, I would discuss with the designers because I have to be responsible for every detail and the whole project. What a shame if professionals come to visit and find the renovated parts are wrong according to history and original style.”

Known for his serious attitude to better protect relics and heritage, Xi has won many reputations and recognitions.

Since the documentary “Masters in Forbidden City” triggered a huge interest in ancient relics in 2016, many people have become fascinated with the past. However, recruiting fresh blood in architectural protection is still a problem, not only because of the limited numbers of people interested, but also because of a lack of necessary skills.

“To be honest, most graduates have a sound theoretical basis through books with less practical skills, and some can’t bear hardships or stand the hard work. We need to make more efforts to cultivate the new generation and get them involved in the repair of ancient architecture,” Xi said.

Xi is about to start his next project — renovation of Sijing Old Town in Songjiang District, the oldest town in Shanghai.

“The houses are all made of wood with tiles on the roof and have suffered great damages. Residents are being required to relocate for the renovation project which may take several years,” said Xi. “I hope every one will give a thumbs-up to the classic beauty after the renovation when they return.” 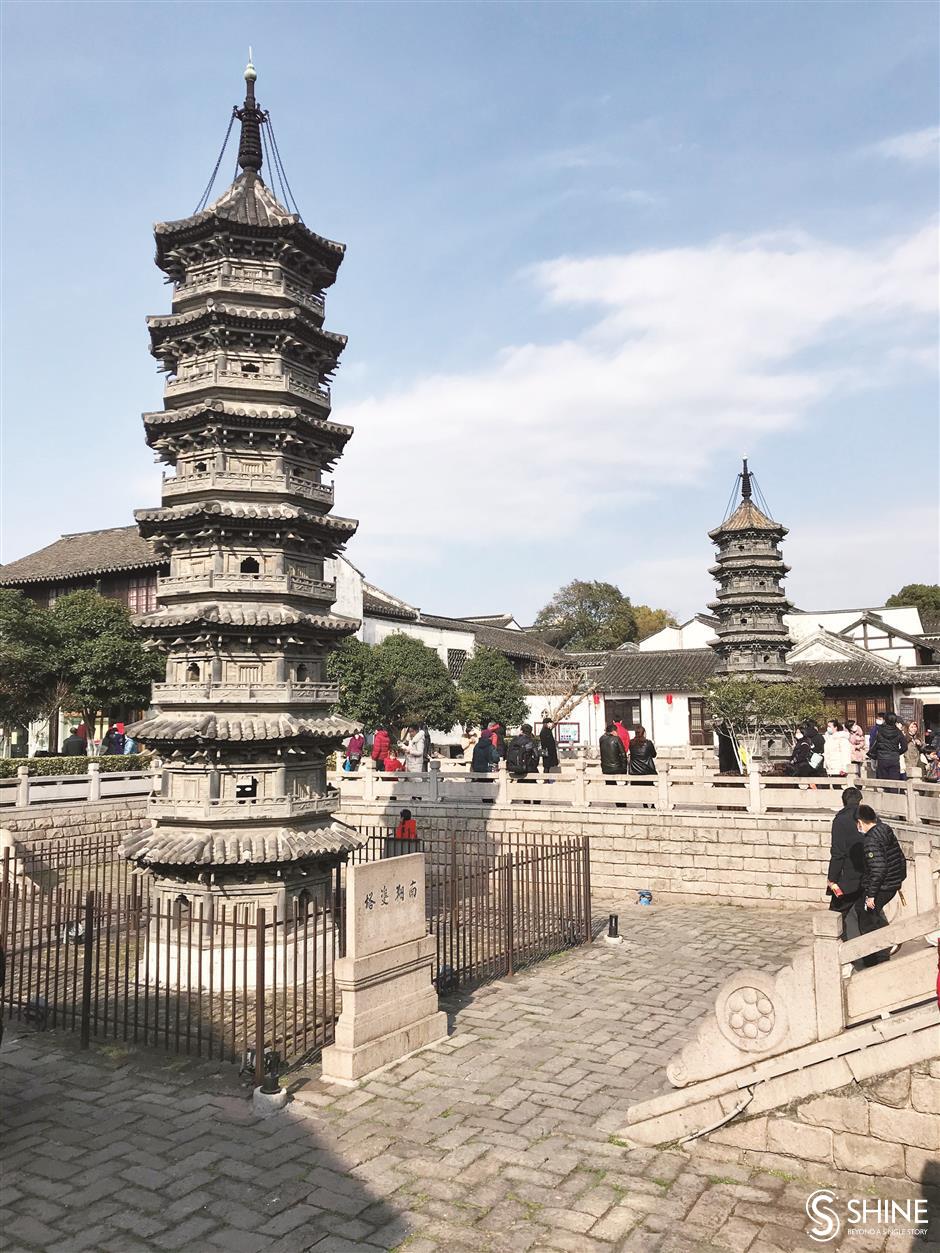 Located on Nanxiang Old Street, the Nanxiang Twin Pagodas, made of bricks, have seriously weathered since they were last repaired in 1985.