The 2020 Shanghai Isaac Stern International Violin Competition, delayed for a year due to the pandemic, will be relaunched in August, the organizer announced on Thursday.

Thirty-six participants from 17 countries and regions have been selected to compete online for six places in the final. The final will be held offline in Shanghai next year, according to conditions at the time.

“The pandemic has had a devastating impact on the global performance industry, and many talented young artists lost opportunities,” said Yu Long, jury chair and music director of Shanghai Symphony Orchestra, the competition’s organizer.

“We can’t make them wait for too long. Relaunching the competition is our effort to provide a stage for young musicians around the world, so that they can showcase their talent, realize their dreams and deliver confidence and hope through music.”

Participants will be provided with detailed recording guidelines and subsidies for video submissions for the quarterfinals and semifinals. Jury members around the world will hold online sessions to watch and score the submissions. The competition will be broadcast live online.

The final, the only offline section, will play a more important role than usual. Some parts originally scheduled for semi-final will be moved to the final.

The final will also include a performance of a piece by Zhou Tian, a Grammy nominee, specially commissioned for the competition. Finalists are also required to perform a self-selected violin concerto with the Shanghai Symphony Orchestra.

The year 2020 is retained in the title of the event in memory of the centenary of Isaac Stern, one of the first major international musicians to visit China in 1979 as the country began its reform and opening-up.

The trip was recorded in the Murray Lerner’s Oscar-winning documentary “From Mao to Mozart.” 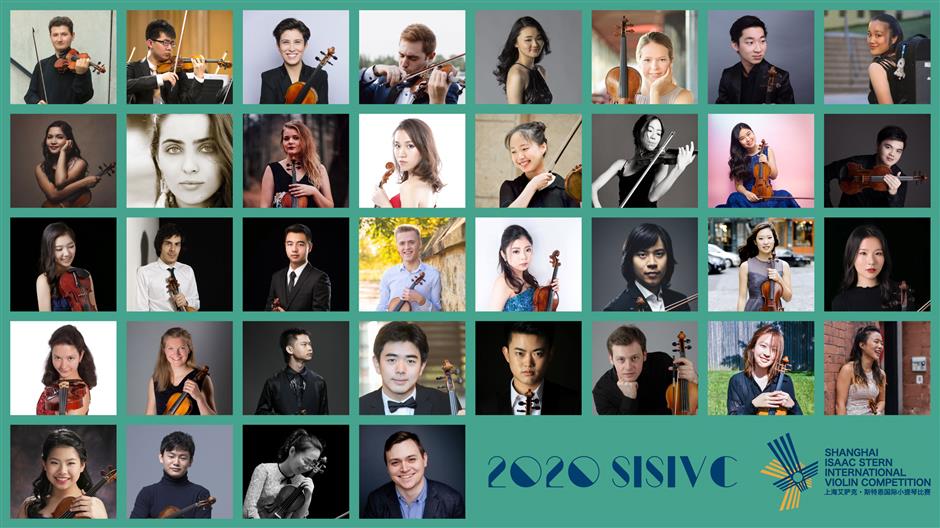