A tribute in ballet to the Yan'an Spirit

The Shanghai Ballet’s “The Burning Youth,” which will premiere at the Shanghai Grand Theater on May 7 and 8, conveys the concept of Communism in a way the young can understand as the Communist Party of China celebrates 100 years.

It recreates images of the mass agricultural production commemorated in the revolutionary song “Nanniwan” as an important part of the Yan’an Spirit — “do it yourself and feed yourself.”

“Yan’an, in northwestern China’s Shaanxi Province, was the revolutionary base of the Communist Party of China from 1935 to 1948,” said Xin Lili, director of the Shanghai Ballet.

“The red songs, plays and literature created during the Yan’an period actively guided people to be courageous and active in the struggle, and to participate in the war against Japanese aggression.

“In celebration of the 100th anniversary of the founding of the Chinese Communist Party, we’d like to pay tribute to the Yan’an Spirit with the art of ballet, which is both a responsibility and a challenge for the young dancers of the troupe today,” Xin said.

The Shanghai Ballet invited Liu Ligong, a famous choreographer, to be the chief director of the performance. 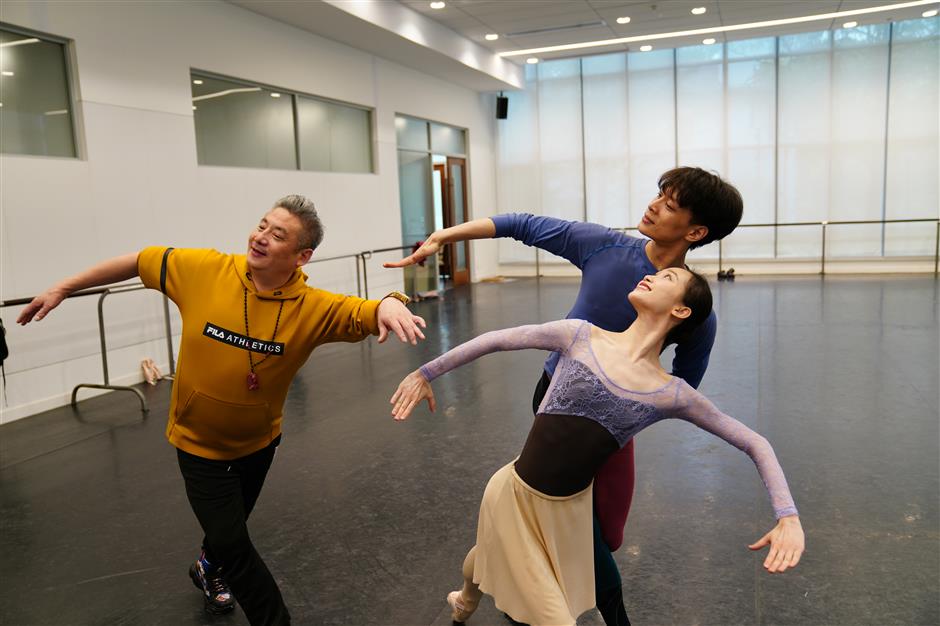 “Through symbolic and representative dances of young men ploughing the field and young women learning to spin in a competition, we aim to remind people of how important the spirit of self-reliance was in raising people’s national self-esteem and pride,” Liu said.

In 1937, after Lu Xun’s death, the Lu Xun Institute of Arts in Yan’an, as one of the centers of literature and art during the war, attracted as many as 12,000 college students, who made their way to Yan’an in support of the war against the Japanese invasion led by the CPC, according to Zhu Hongzhao, a professor of Fudan University, whose main research focus is Yan’an culture over the past few years.

“Understanding the Yan’an period is necessary for tracking the development of the CPC,” said Zhu. “ It is also noteworthy that many of the students belonged to the class benefitting from the existing social order, and yet they struggled to change it.”

Wu plays Ming Hua, a returnee who has completed his studies in France, and Qi is Meng An, a female student from Shanghai who bravely embraced revolutionary ideals against her family’s wishes. 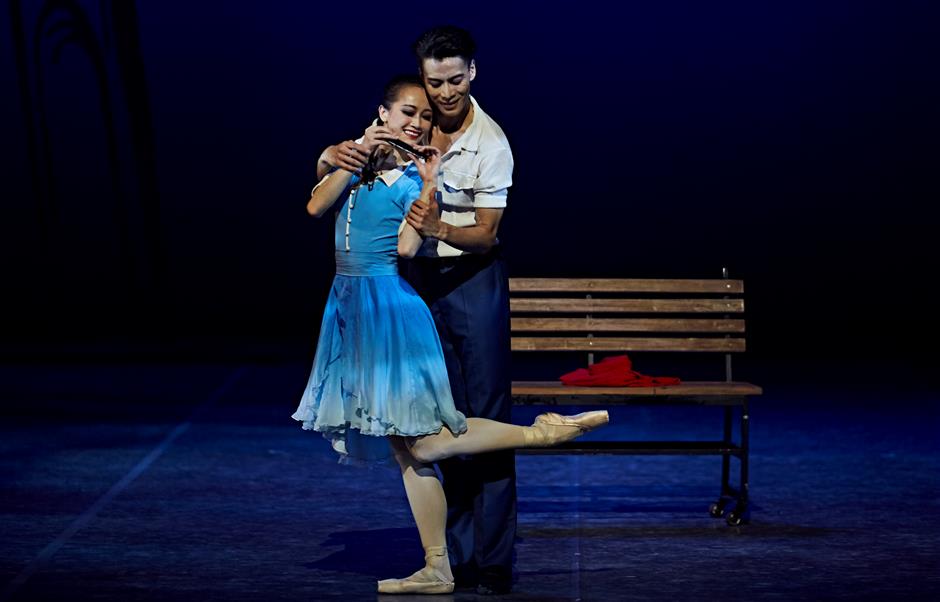 Wu Husheng and Qi Bingxue in “The Burning Youth”

After a day’s labor in the field, they talk about their dreams, thinking that they should do something to save China. They take the solemn oath under the Party flag, as both make up their mind to march to the frontline and sacrifice themselves for the rise of the nation and the future of the motherland.

Wu, a Party member for 12 years, said: “I think I represent the thousands of patriotic youth who would like to shoulder a sense of mission and responsibility at a time when the nation was in danger. Although we are far apart in time and space, I am one with them when performing the role of Ming Hua on stage.”

“A revolutionary play is not just a call to arms. It can be fascinating and deadly romantic,” said Han Chunqi, artistic director the ballet.

Composer Meng Ke takes romance as the key tone, and integrates various musical styles, such as waltz and jazz, giving a new vitality to the traditional folk song “Nanniwan,” named after the large paddy field developed during the Yan’an period.

“The Burning Youth” is co-produced by Red Dragonfly Footwear Co Ltd — one of the leading shoe companies in China. Qian Fan, CEO of Red Dragonfly, said that the cooperation is not only based on the devotion in pursuing the beauty of the toe, which is the essence of ballet as well as shoe-making, but also on the confidence and courage from both sides in “Made in China” and “Created in China.”

“Next year marks the centenary of the founding of the Communist Youth League of China. We will take the ballet, which celebrates youth and ideals, on tour in cities around the country,” Qian said.