Suzhou Museum is presenting its more than two-month-long exhibition on Suzhou handcraft art from 1921 to 2021, as a gift for the 100th birthday of the Communist Party of China.

Elegance in design, fineness in materials and delicacy in workmanship, Suzhou handcraft has had a name at the top level of Chinese craftsmanship since Song Dynasty (960-1279). This exhibition, however, focuses on the past century to unfold how Suzhou skills are evolving and innovating while still keeping its tradition.

It selects a total of 56 art pieces from 20 categories, such as embroidery, carving, paper cutting, calligraphy and Su-style mounting and framing, among many others. Curated along a timeline, the exhibition takes visitors on a walk down memory lane to relive important events with the beautiful handworks.

The three models of Red Boat in different sizes exquisitely carved on jade, walnut and rosewood are the opening salvos of the exhibition. The CPC set out on the Red Boat in July 1921 on the Nanhu Lake in Zhejiang Province’s Jiaxing. Afloat a century on, the revolutionary spirit this memorial boat carries still brings inspiration today.

The painting “Founding Ceremony” by Pang Yande depicts the historic day on October 1, 1949, when the founding ceremony of the People’s Republic of China was held on Tian’anmen Square in Beijing.

The artist condensed the magnificent scenery at Tian’anmen Square onto a small piece of maple leaf.

Pyrography work “Long Live the Peace” was a gift to the 8th National Congress of the CPC in 1956.

Artist Gong Fuqi vividly illustrated the doves hovering above the lush pine trees by his skilled control of fine flame to burn the image onto a wooden board.

As the timeline turns to the late 1970s, the country marched into a new era, when it started to open up to the outside world.

It was taken to mean that as long as the economy works, it is a good economy.

These words became a signal that the country would give priority to economic development.

A pair of Su-style embroidery pieces “Black Cat” and “White Cat” by master Yu Fuzhen are known as the best purveyor of light and silk thread.

With the black cat stitched on a black background and the white cat on a white background, the felines take on different shades of color that vary with light. The color changes when the viewer changes his position. Yu has been called the “king of cats.”

The 21st century has seen a renewed bloom of Suzhou handcrafts.

A paper-cut piece by Jin Guorong silhouettes the people of all ethnic groups in China celebrating the 2008 Beijing Olympic Games, while the one-sided stitchwork “Chinese Dream” by Yao Jianping shows people’s determination to realize national rejuvenation. 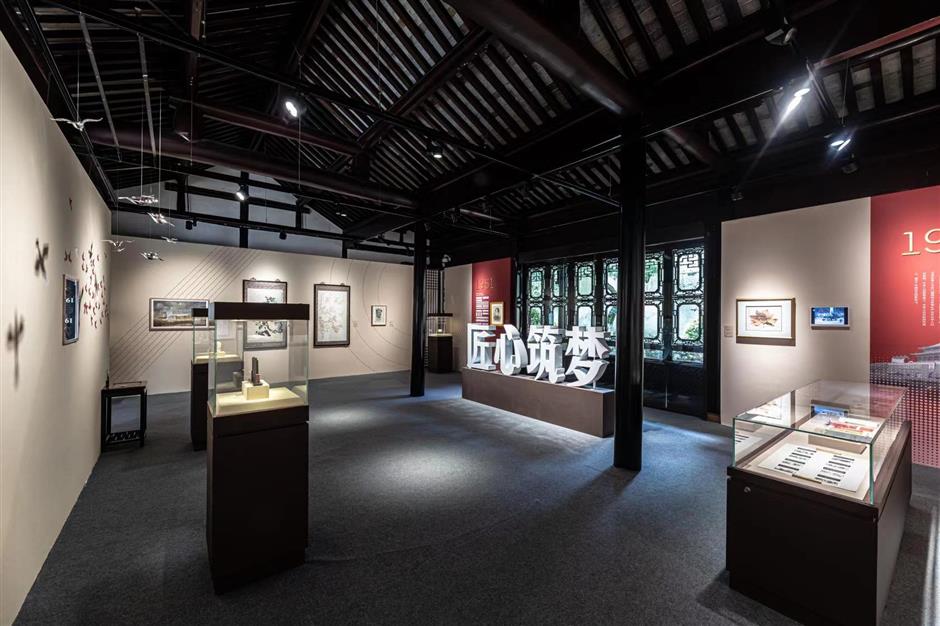 This exhibition focuses on the past century to unfold how Suzhou skills are evolving and innovating while still keeping its tradition.