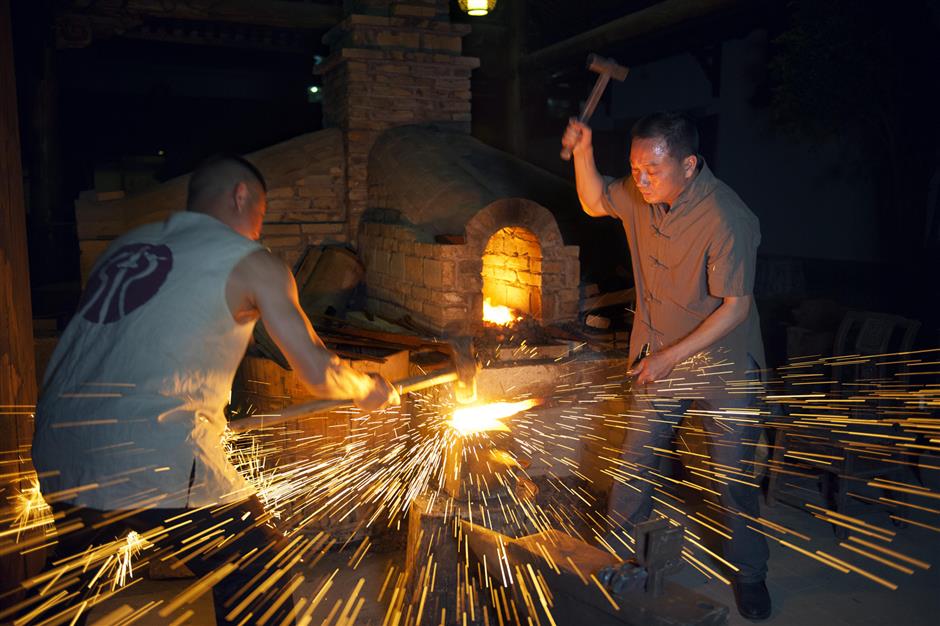 Zhang Yesheng (right) and his colleague take turns to strike a bar of red-hot iron, fashioning the bar into the shape they want.

Two craftsmen take turns to strike a bar of red-hot iron, hammering out a rhythm as they fashion the bar into the shape they want. When the iron is forged into a blade, they quickly immerse it in a basin of water where it sizzles, releasing plumes of smoke as it quickly cools down.

That is one procedure for forging traditional swords. The sword was a typical ancient Chinese weapon for its sharpness and durability. However, swords gradually lost popularity over time.

The county is dotted with workshops and home to the country’s top swordsmiths.

According to historic archives, ancient kingdoms used swords as the main weapon in battlefields and encouraged smiths to forge sharp weaponry, which created a market for the craft. Ou Yezi (560-510 BC), who lived during the Spring and Autumn Period (770-476 BC), is believed to be the creator of the Longquan sword and made the county its production center.

Craftsmen have made different styles of swords throughout history. The exhibition shows common varieties including Liuyeqing, Suyue and Longyuan.

To ensure toughness, sharpness, strength and softness, an authentic Longquan sword must go through around 20 procedures, such as tempering, forging, smoothing, carving, embedding and polishing.

The displayed sword made by Zhang measures 101 centimeters in length and 3.7 centimeters in width. It features a design that was prevalent during the Qing Dynasty (1644-1911). Today, Zhang’s swords have found favor with connoisseurs who consider his skills the epitome of the best-quality Longquan swords. 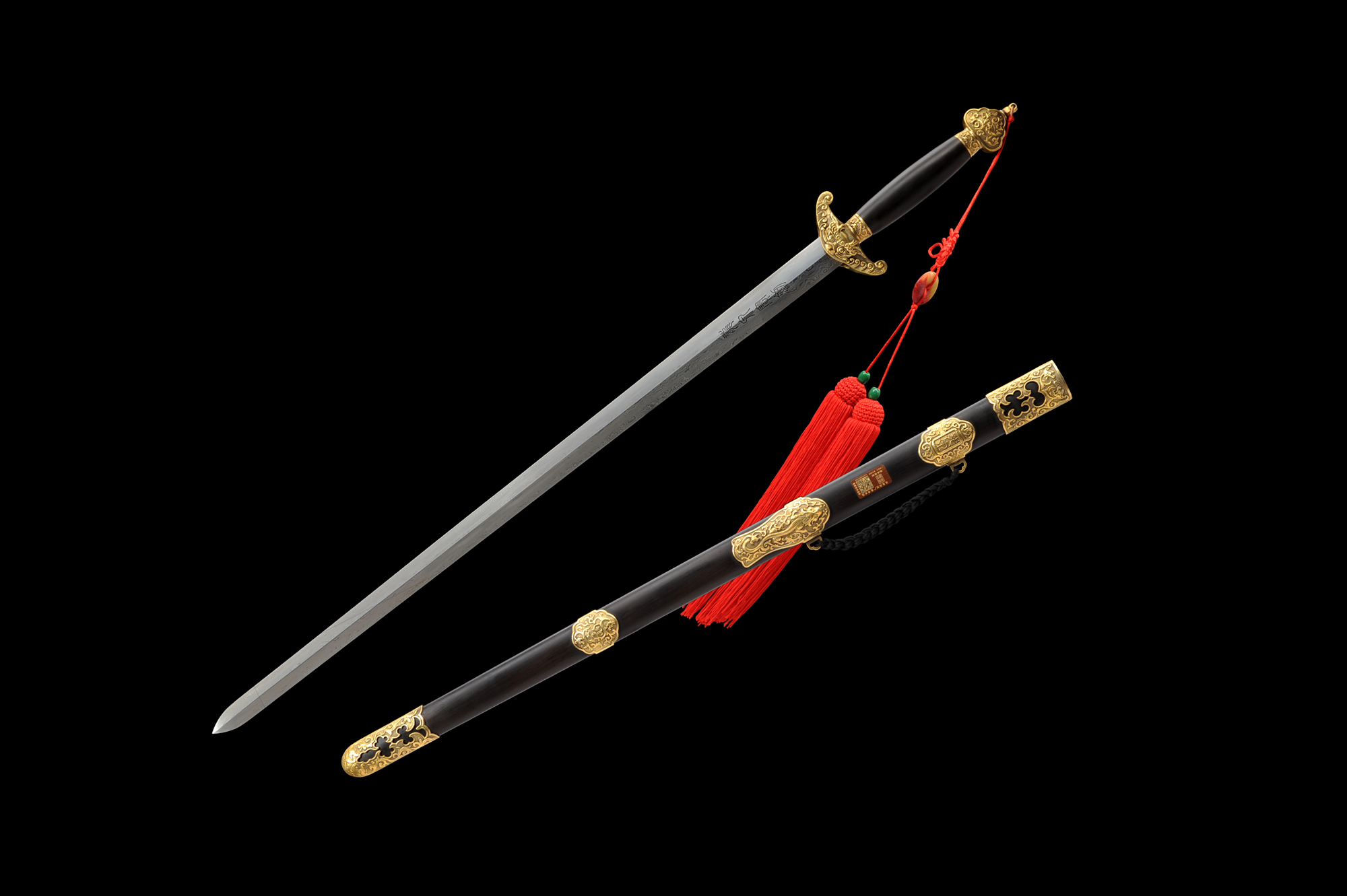 In ancient times, a well-hammered sword often symbolized a person’s social status. Swords were usually a common accessory rather than a weapon for the upper class.

As the exhibits shows, a sword forged by Tang is ornamented with peony patterns. Such a beautiful sword aims to carry down auspiciousness and peaceful conception and ward off evil.

Date: Through May 23 (closed on Mondays)