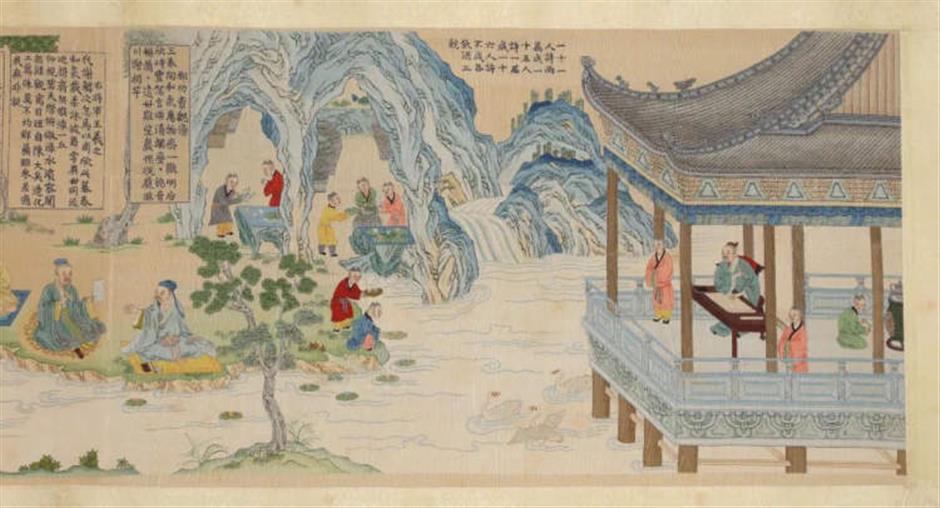 Part of the silk tapestry scroll

A 17-meter-long silk tapestry created during the reign of Emperor Qianlong of the Qing Dynasty (1644-1911) under the “Orchid Pavilion” (兰亭) theme will be displayed at Shanghai Grand Theater on Saturday and Sunday.

Organized by Poly Art Museum and Beijing Poly International Auction Co, “The World of Qianlong” exhibition also includes a couple of poems and manuscripts written by the emperor when he was 60 to 80 years old on various subjects — from political events to book reviews and comments on painting, calligraphy and landscapes.

Organizers say these manuscripts not only reflect the inner side of Qianlong, but also provide first-hand information for the study of 18th-century Chinese history.

However, the highlight of the exhibition is still the tapestry, said to be the “pinnacle” among Qianlong’s “Orchid Pavilion Cultural Project” of paintings, calligraphy, stamps and prints on Chinese silk tapestry. The work was completed when the emperor was 85.

Known as “one inch of tapestry, one inch of gold,” Chinese silk tapestry was often woven into the garments of emperors and empresses, or replicas of famous paintings.

“Preface to the Poems Composed at the Orchid Pavilion” (兰亭集序) is a famous calligraphy work by Wang Xizhi (AD 303-361) written in AD 353. Written in semi-curve script, it is among the most well-known and well-copied pieces of calligraphy in Chinese history. The work began as the preface to a collection of poetry seminal to the Chinese nature poet movement, but developed somewhat of a life of its own.

The silk scroll features nearly 60 figures and 9,162 Chinese characters, including some of the most famous editions of “Preface to the Poems Composed at the Orchid Pavilion.” 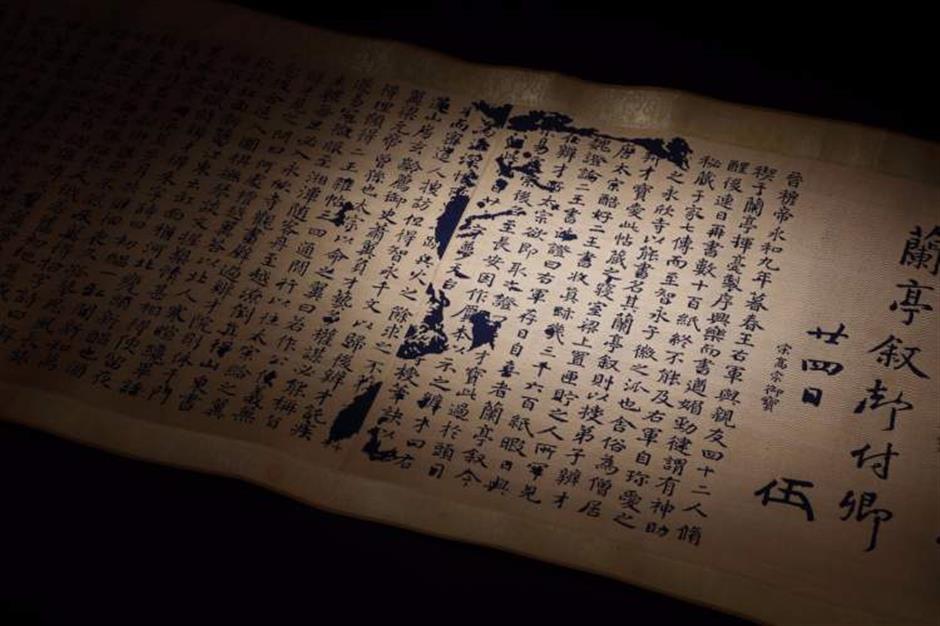 Part of the silk tapestry scroll