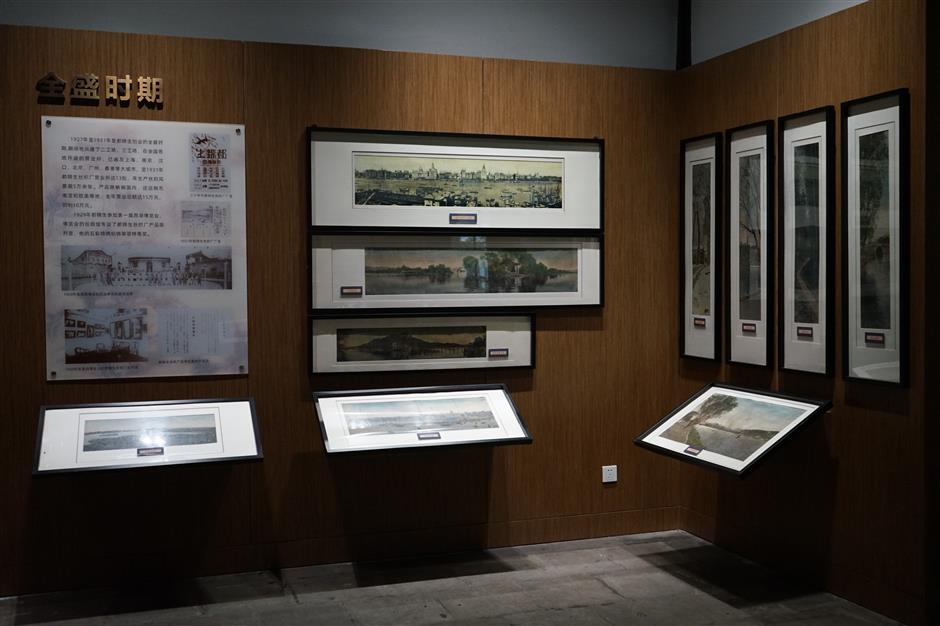 Brocades made over the past 100 years are on display, including old brocade items and looms, historical pictures and works of Du.

Du Jinsheng is not only a silk factory, but also the name of the brand founder. Born in a small village near West Lake in 1898, Du studied textiles in university and then opened a textile weaving workshop in Hangzhou, a move which kick-started the famed Du Jinsheng Brocade Mill in 1922.

Du’s former residence is located in idyllic Maojiabu, a village famed for its Longjing tea and traditional architecture. Today, his old house has been converted into a small museum consisting of his living quarters, a workshop and a showcase of his mill’s products.

To celebrate the 100th anniversary of the brand, an exhibition is underway at the house through May 23, with brocades made over the past 100 years, including old brocade items and looms, historical pictures and representative works of Du. 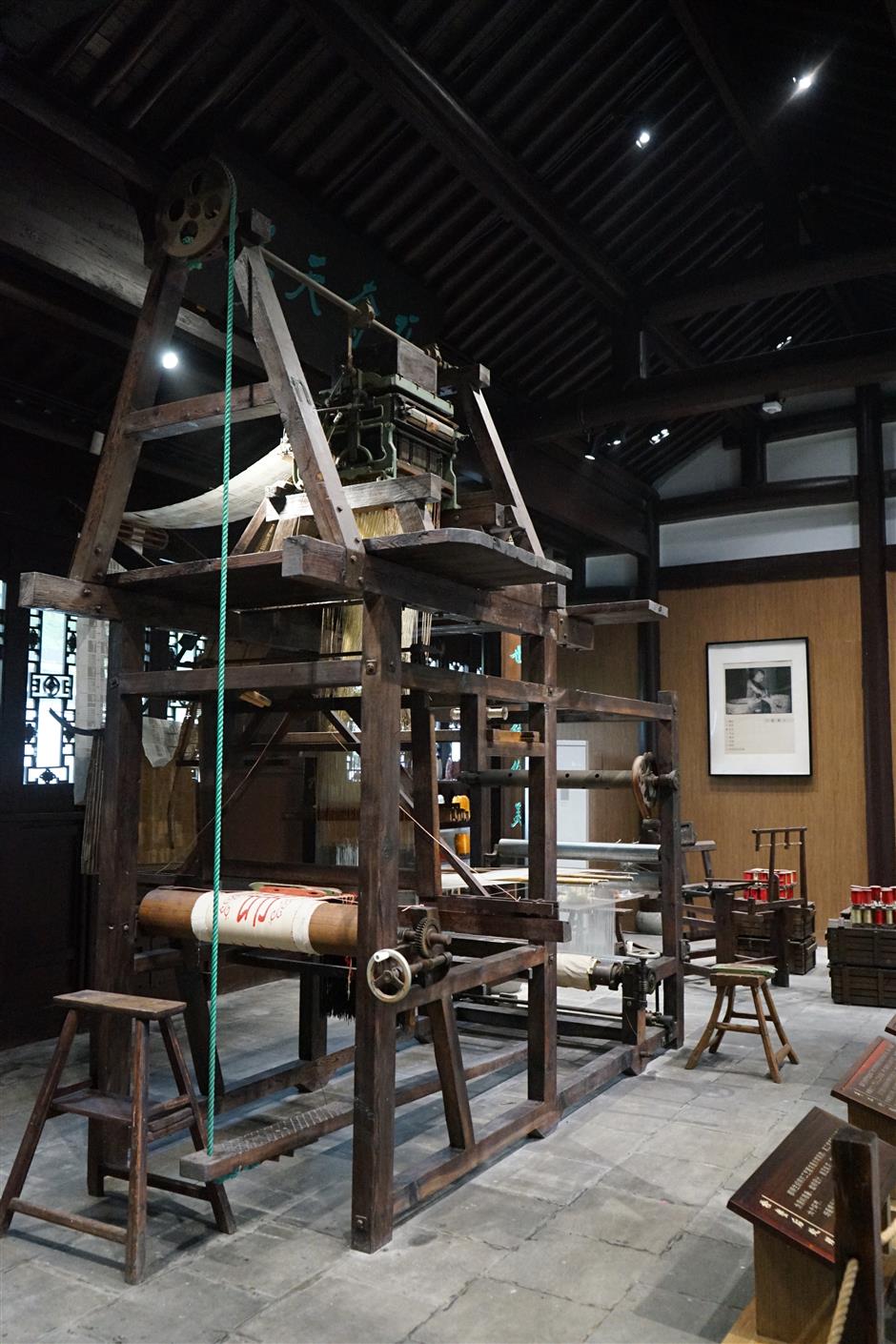 An old loom is showcased in Du Jinsheng’s former residence.

Enchanted by the picturesque scenery of West Lake, Du used the lake as subject matter for his brocade work. One highlight on display is a black-and-white brocade depicting the landscape of Nine Creeks and Eighteen Gullies. This piece was woven in the 1920s, symbolizing the beginning of Hangzhou’s brocade industrial development. From then on, the mill’s delicate spinning techniques and chic patterns quickly gained fame around the Yangtze River Delta. 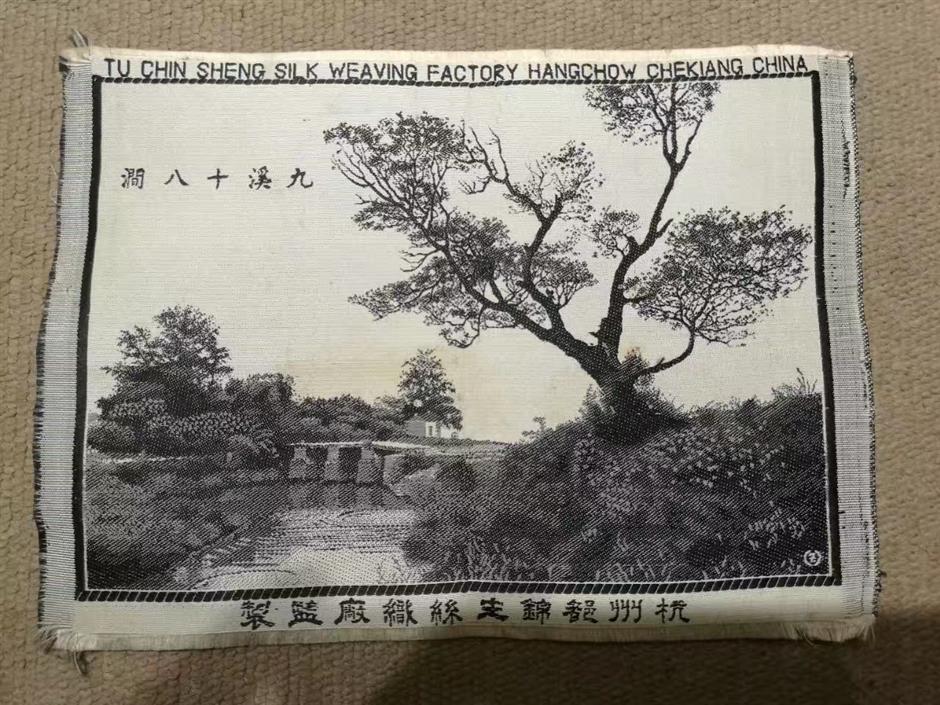 One highlight is a black-and-white brocade depicting the landscape of Nine Creeks and Eighteen Gullies.

However, the boom didn’t last long. The War of Resistance Against Japanese Aggression (1931-1945) broke out, and Hangzhou was occupied by the Japanese. As a patriotic merchant, Du refused to surrender and the invaders burned his mill.He transported a few machines to Shanghai and kept producing brocades with Hangzhou features. In 1943, he died from a cerebral hemorrhage.

Though Du had passed away, his spinning technique remained. His descendants rejuvenated the factory after the war and it continues to thrive. Today, it still produces high-quality brocades considered the emblem of Hangzhou textile products.