In traditional Chinese opera performances, characters are often seen holding, waving or gesturing with delicate fans, even if the weather isn’t hot.

In fact, how a fan is held and used indicates a character’s gender, age and position. Women may hide behind open fans, while men frequently hold folded fans, snap them closed when they make a decision or use them as a pointer.

In ancient times, fans were a salient medium for artists who wrote or painted on them, expressing their ambitions and attitude to life.

Ink-wash paintings and calligraphy on fans have been in vogue since the Tang (AD 618-907) and Song dynasties (960-1279). Thereafter, it has evolved over the centuries and is still considered an indispensable part of Chinese art. 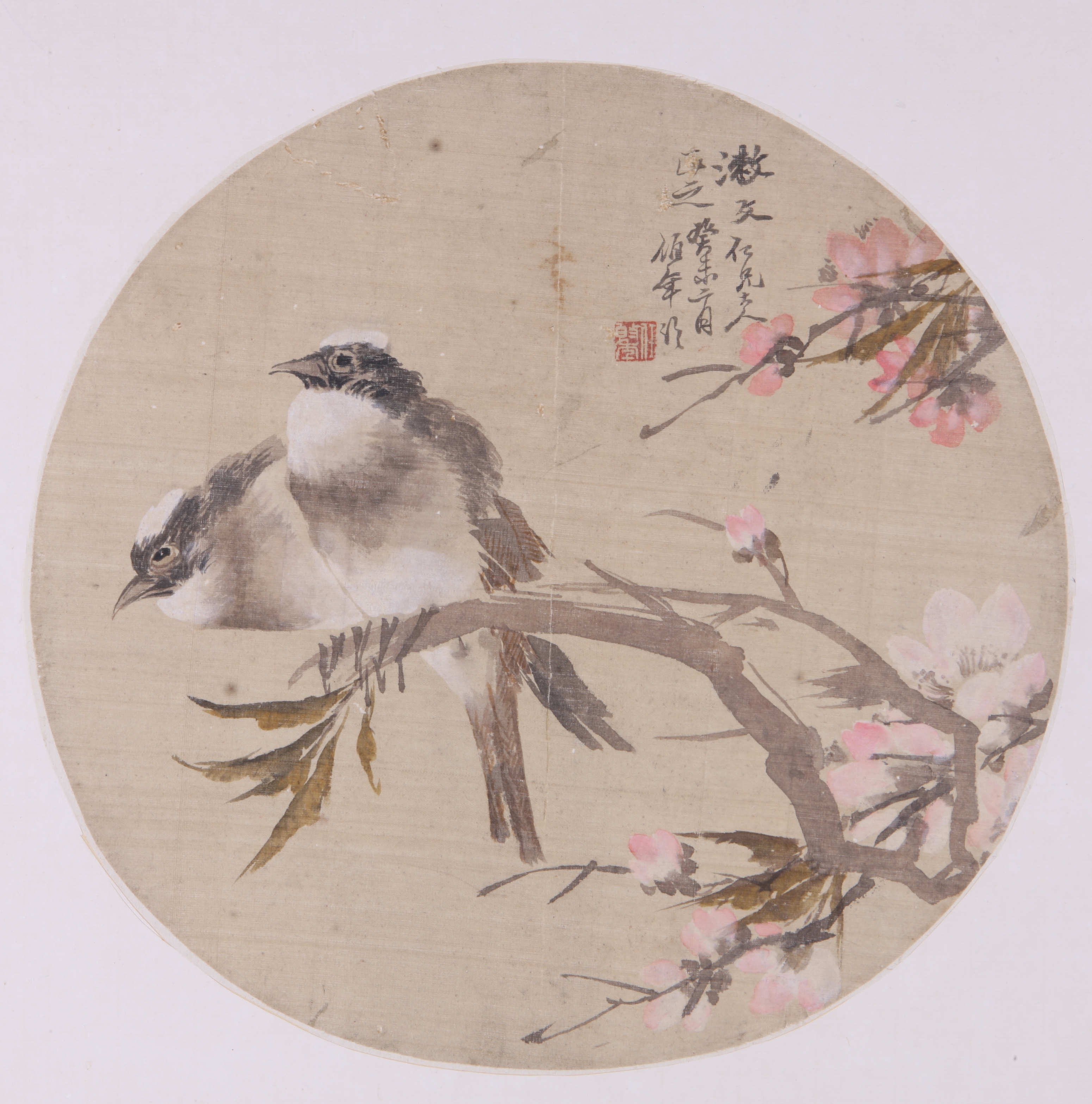 Fan paintings differentiate from other traditional painting styles because of the small size, shape and material. When Hangzhou was the capital during the Southern Song Dynasty (1127-1279), thousands of fan makers worked in the city.

Artists, craftsmen and workers flocked to the city. Streets were dotted with shops selling fans, and this prosperity lasted through the Qing Dynasty (1644-1911). Therefore, most of the exhibits were made during the Ming (1368-1644) and Qing dynasties.

Flowers and birds were among the common themes. A painting from Ma Yuanyu, a painter in the Qing Dynasty, portrays a bird flying onto a lotus branch. He used light ink to vividly depict the creature’s expression and position. The lotus seedpod looks plump and succulent, and the flower is in full blossom, giving viewers the impression of a summery breeze.

Ren Xiong, a scholar living in the Qing Dynasty, painted a boat on a river with two people on board. In the painting, the human figures only account for a small part, highlighting people’s insignificance compared with nature and the painter’s attitude to life. Such paintings are important sources for the understanding of the culture and worldview of China’s ancient scholars.

Showcased are some paintings depicting women’s lives in their bedrooms and gardens, drawing attention to their loneliness and how they longed for the outside world. The feudal society at the time held that women should not have contact with the outside world.

Pan Zhengyong, living in the Qing Dynasty, used his brush to portray a woman looking out of a window at flowers who had no choice but to stay at home.

Some wealthy men built gardens to expand the living space for their wives and daughters. However, women were still a kind of decoration in men’s gardens, just like the bonsai and pavilions. In a painting by Feng Qi in the Qing Dynasty, two women lean over a stone rail to look at lotus flowers in a pond, subtly showing their fermented emotions in confinement.

Usually, a folding fan painting included calligraphy and a Chinese seal. Sometimes, calligraphy dominated, as such variety was associated with politics and social status. It could be evidenced by the calligraphy written by Emperor Kangxi (1654-1722) who ruled in the early Qing Dynasty.

Oval fans were prevalent prior to the Song Dynasty. They were made of bamboo strips and covered with silk. Ink paintings and poems were painted on the surface which were popular among noble women. However, foldable and feather fans gradually replaced them in the Ming Dynasty.

When Ruan Yuan was the governor of Zhejiang Province in the Qing Dynasty, he revived the oval fan craft in Hangzhou, and it flourished again. The exhibition has some pieces made in that period.