"From Shikumen to Baotashan," an exhibition that celebrates the 100th anniversary of the founding of the Communist Party of China, is currently running at the Shanghai Jiushi Art Museum through July 15.

Organized by the Shanghai International Cultural Association, the exhibition features 105 artworks from 88 artists, ranging from canvases, prints and ink-wash paintings to watercolors and photographs.

Shikumen (stone gate), a traditional architecture style in Shanghai, is the symbol of the city, while Baotashan, a hill, is the hallmark of Yan'an.

Divided into three sections – the birth of the Communist Party of China, the spirit of Yan'an and from shikumen to Baotashan – the exhibition comprises artists from Shanghai and Yan'an.

In July 1921, the First National Congress of the CPC was held in Shanghai. As such, the city is recognized as the birthplace of the Party. 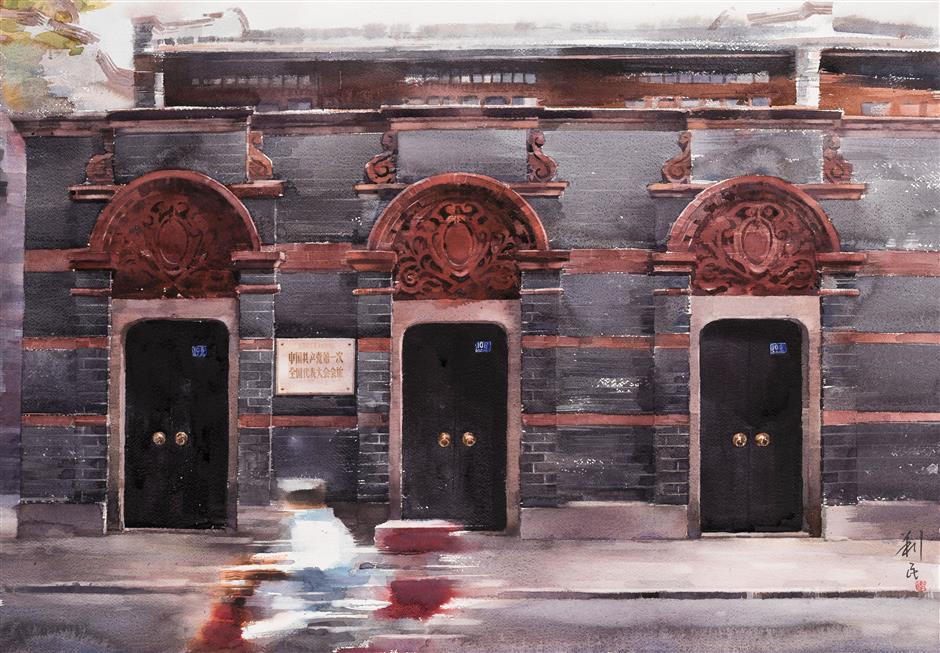 Likewise, Yan'an is the "holy land of Chinese revolution."

In January 1935, the Political Bureau of the CPC Central Committee held a meeting in Zunyi, Guizhou Province, which established the leading position of Mao Zedong. The Long March of the Red Army then successfully reached Yan'an, Shaanxi Province.

In 2020, participating artists from Shanghai journeyed to Yan'an, and painters from Yan'an traveled to Shanghai. Some painted memorial sites of revolutionary history in Shanghai and Yan'an, where a cluster of famous historical events took place.

Through these works focused on "red" landmarks, the Party's achievements come alive under their brushes. 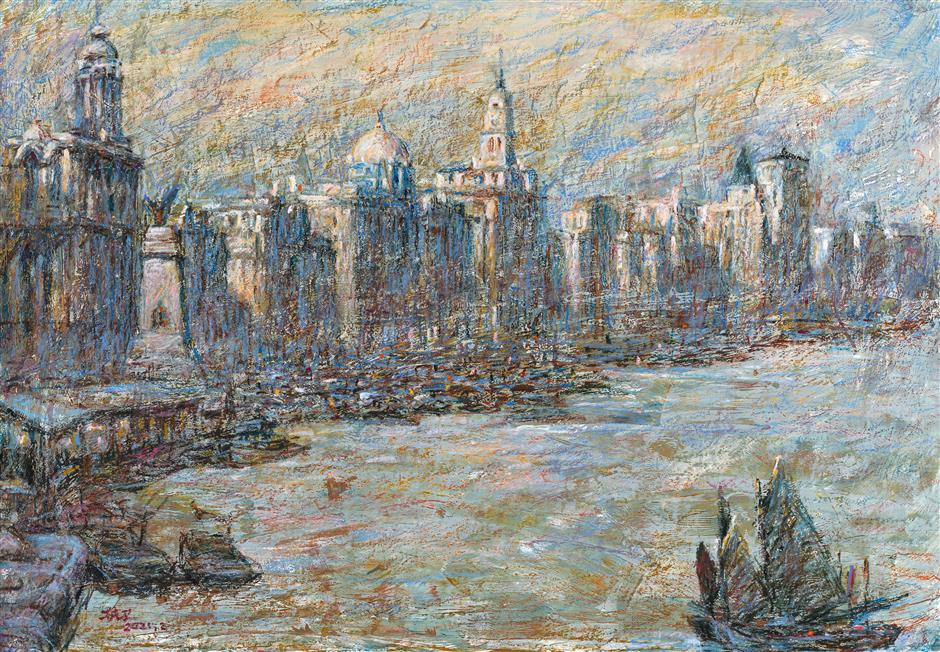