The Shanghai Symphony Orchestra has concluded its 2020-21 season, with featured violinist Ning Feng called back by the audience for three encores.

The season, which began in September, was a rare return-as-scheduled for global orchestras due to the pandemic, with a remade program and plan B and even plan C for each concert. More than 80 percent of the originally planned concerts had to be revised, but the show went on – from limited seating capacity to full – despite all the challenges.

Based in Germany, Ning, the season's artist-in-residence, rejected the offer to delay his residency for a year and braved travel difficulties and mandatory quarantines several times over the course of the season to perform all of his scheduled Shanghai concerts. Those included Beethoven's "Violin Concerto in D major" that opened the season, as well as Edouard Lalo's "Symphonie Espagnole in D minor" and Mahler's "Symphony No. 4" that concluded it.

The two masterpieces in the final concert are highly demanding and great showcases for a violinist.

Lalo was a member of the Armingaud string quartet, founded in 1855 and one of the earliest professional string quartets in France. He wrote the symphony in 1874 for Pablo Sarasate, one of the greatest Spanish violinists.

Mahler's "Symphony No. 4," often considered more cheerful than many of his works, was composed "backward," as the first three movements come from and allude to the finale. 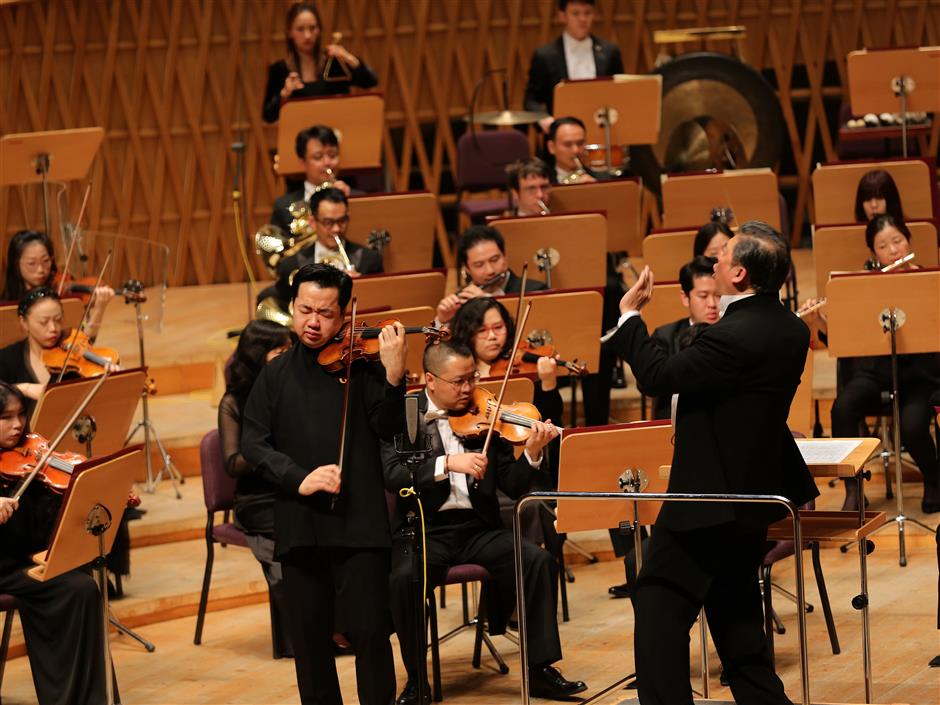 Violinist Ning Feng performs masterpieces of Edouard Lalo and Mahler at the final concert of the Shanghai Symphony Orchestra's 2020-21 season.

Veteran music critic Zhang Keju praised Ning's performances throughout the season to prove "a rare violinist in the world who can deliver Beethoven, Saint-Saëns and Korngold with equal virtuosity to provide audiences with in-depth esthetic appreciation."

"Due to all the difficulties, the 2020-21 season was forced to be supported by an all-Chinese cast, and I have seen the symphony orchestra's efforts and creativity throughout the season under very trying circumstances," Zhang said. "There were many impressive performances, which proved that an in-depth exploration of the strength of Chinese musicians should have started earlier."