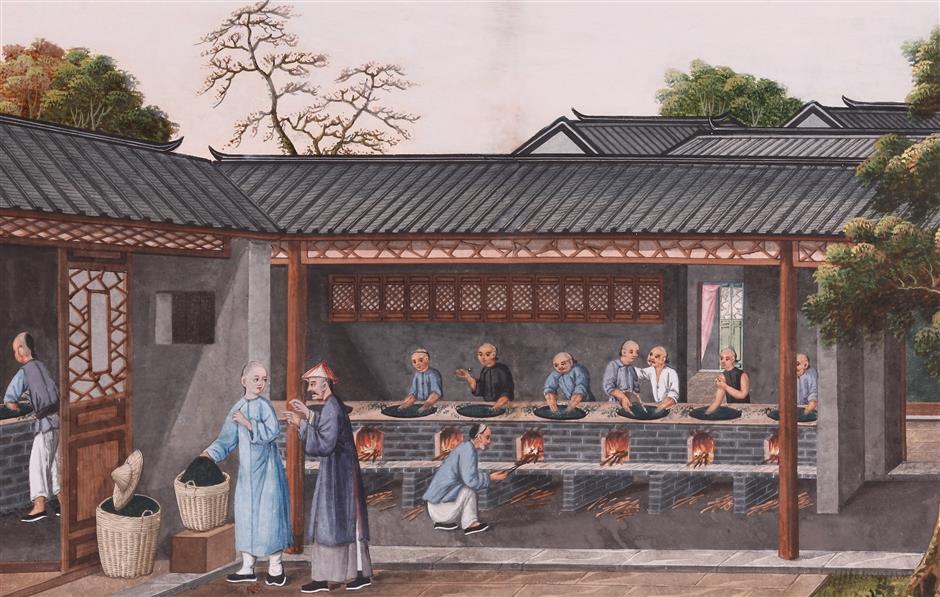 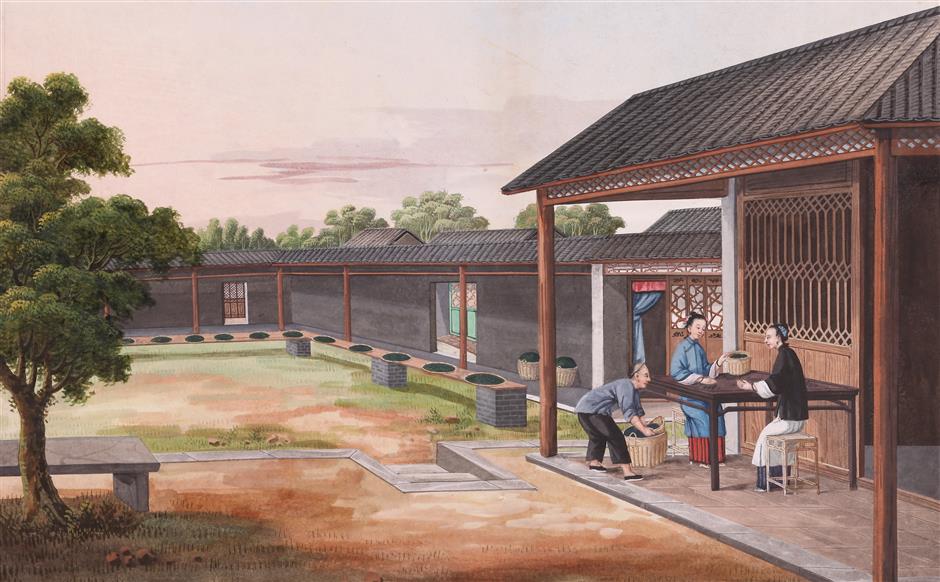 Gouache paintings that portray the processing of tea in Guangdong Province in the Qing Dynasty are on display at the Green Gold Exhibition.

Since the 17th century, tea has been an indispensable trade product exported from China to other countries. In the 1720s, it surpassed silk and developed into the dominant product transported overseas.

The ongoing Green Gold Exhibition currently running at the China National Tea Museum through October 17 chronicles the tea-trade history during the 17th to 19th centuries.

The exhibition begins with the Gotheborg. In 1745, the Swedish East Indiaman Gotheborg ship sank off the coast of Gotheborg in Sweden, while approaching the harbor on her return from a third voyage to China.

All the sailors survived, but the Chinese products on board sank to the bottom of the sea. Modern excavations were carried out between 1986 and 1992. Most of the items found were porcelain, tea, pearls and silk fabrics from China.

The exhibition displays the remaining tea found in the ship, a testament to the booming tea trade between Sweden and China. 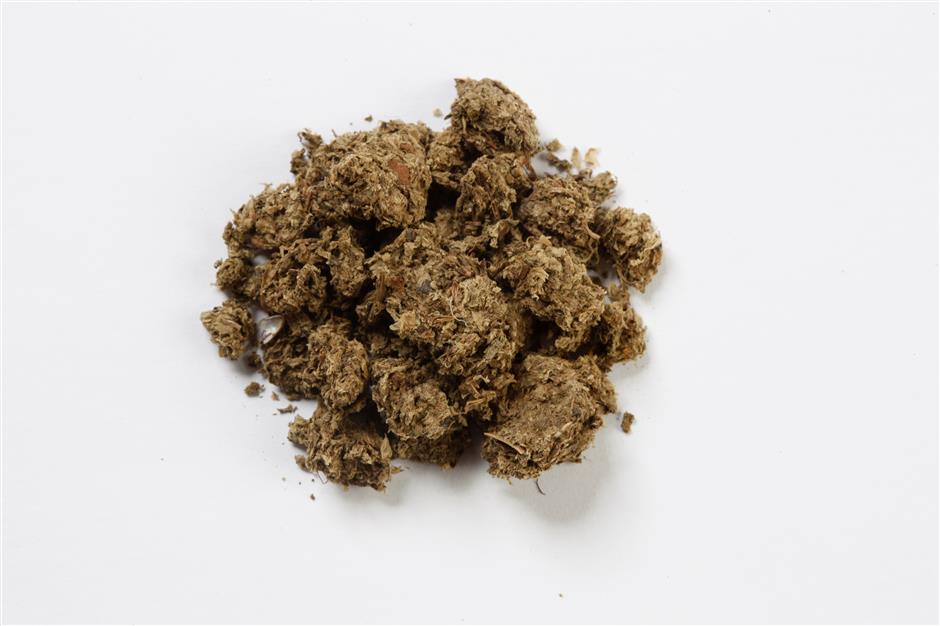 Some of the remaining tea found on the Gotheborg ship, a testament to the tea trade between China and Sweden

At the time, Guangdong, Anhui and Fujian provinces were the main production centers for exported tea. Green, black and oolong tea were popular with foreigners, proven by the exhibited shopping lists and packages.

For example, songluo tea planted in Xiuning County, Anhui Province, was a salient trade product during the 18th century. Overseas merchants renamed it singlo, according to the packages.

Meanwhile, the Chinoiserie style was popularized in Europe thanks to a rise of tea trade with China. Decorative arts, garden designs and daily utensils that were thought to be distinctively Chinese were characterized by exuberant, asymmetrical ornaments and patterns with distinctive Chinese elements.

The exhibition includes decorative paintings made by craftspeople in the Qing Dynasty (1644-1911) from Guangdong Province. These gouache paintings portrayed the processing of tea.

In addition, old coins are also considered the symbol of exchanges along the tea-trade routes. The exhibition displays silver coins featuring Spanish elements used during the 18th century. According to archives, such silver coins dominated the tea trade in southeast China during the Qing Dynasty. 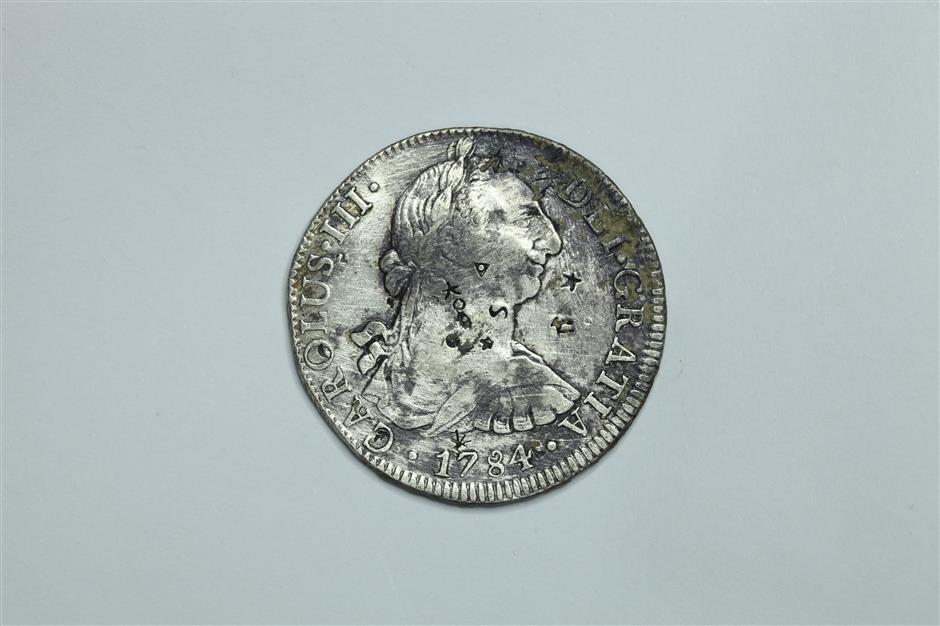 A Spanish silver coin used during the 18th century

Dates: Through October 17 (closed on Mondays)

Special Reports
﻿
61761
,
Tea's indelible role in Chinese foreign trade
Reflecting on the dawning of the new millennium
Ancient artistic language born out of earth
Creating a refined celebration of a colorful path
Temple honors the White Horse that brought Buddhism to China
A history in art of a vanishing community
Ink-stained lips and a manifesto for change
Exhibition features photos, videos, interactive installations
A return to the fundamentals of life amid turmoil
Pandemic creations feature at solo exhibition
EXPLORE SHINE