Another sleepless night. Par for the course for Li Liming, 71, dubbed the "Queen of Knitting."

Li often stays up well into the night designing and making clothes, which once graced the fashion house catwalks of France, Japan, Canada, Italy and Dubai.

"I always have a sense of urgency in my life, partly because I had an understanding of death at a very young age," says Li.

She was born into family of scholars. Her parents and grandfather were teachers, who loved telling stories of courage and bravery.

"When I was 5 or 6 years old, my father read me stories of the Long March, which were published in installments in the newspaper," says Li, referring to the 12,500-kilometer march of the Red Army through some of China's toughest terrain in 1934-36.

Li's charmed life changed dramatically when she was 7. Her mother and grandfather died of illness, and her father was sent to a farm in Anhui Province to undergo "reform through labor." Li stayed with her grandmother at an aunt's home.

"My mother knew that she was in failing health, so she knitted a camphor chest full of clothes for me, from childhood to adulthood," says Li. "That is my early memory of knitting."

The deaths affected Li deeply. She withdrew, refusing to talk to people and staring blankly into space.

"I realized how fragile and short life could be," she says. "And I knew I had to find the meaning of my life as early as possible. I buried my head in books, looking for answers."

After reading extensively, Li was still left puzzled by the gap between expectations and reality. Knitting ultimately proved to be her salvation. 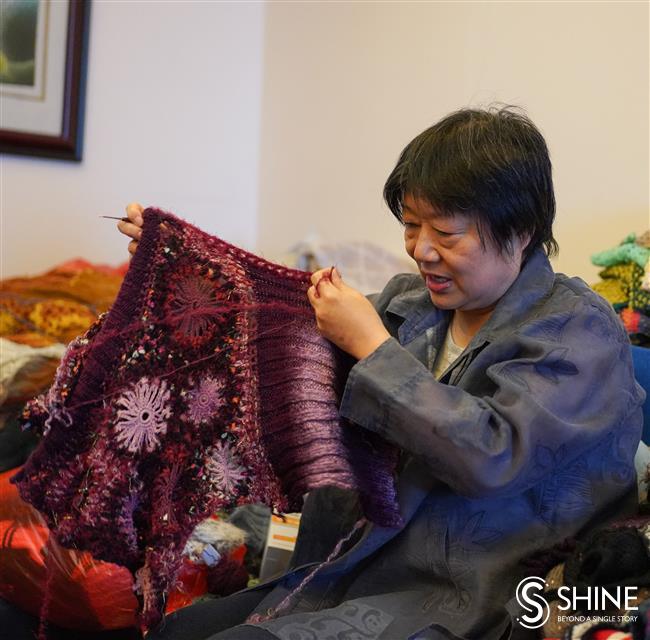 "After graduating from high school, I worked in a factory where women sat and knitted during time off, while I had my nose in a book," says Li. "My colleagues joked that the man who married me would be unlucky because I couldn't do anything useful."

Li decided to try knitting in order to stop their babbling. To their surprise, she turned out an Albanian pattern that was popular at the time. She has learned it herself.

"I shocked myself, too," says Li. "It turned out that I could be smarter than others in some ways."

After marrying and giving birth to a daughter, Li studied Chinese language and literature at Shanghai Second Institute of Education, which was merged in 1998 into what is today Shanghai Normal University. While a student, Li was so busy that she didn't pay enough attention to her daughter. She felt ashamed.

After graduation, she was determined to make it up to her daughter. She happened to see news of a knitting grand prix on TV and decided to take the opportunity to make a sweater for her daughter. Surprisingly, Li won the third place in the contest and went on to reap further laurels in the next year's competition.

These extraordinary results led Li to meet knitting master Feng Qiuping, who was as much a household name in Shanghai at the time as legendary author Eileen Chang. Feng invited Li to help her write a knitting manual, which was so popular that almost every woman in China had a copy. Her knitting career was launched.

Li sought to endow the ordinary household craft with diversity. She drew inspiration from many Western artworks, such as the abstract paintings of Piet Mondrian.

Li eventually set up a knitting company and opened a store in the then luxurious Jinjiang Hotel on Maoming Road S. The store's rent was a very high 50,000 yuan (US$7,700) a month when the average monthly salary for people was merely dozens of yuan. As her chic designs caught on, many of her works were imitated by others. However, she didn't care.

She attributes that to her "Ah Q mentality," a reference to Lu Xun's famous novella "The True Story of Ah Q" about a person who sees the positive side in everything. Li's optimism was reflected in her designs.

"I wanted to express the charm of Shanghai women through my works – elegant, sophisticated, trendy and modest," says Li.

In its review of the spring-summer fashion scene in 2014, ROZZ magazine said of Li: "She is fondly known as China's 'Knitting Queen.' Her knits graced the runway of Vancouver Fashion Week in different shades and flowing skirts. She is so talented and her craftsmanship so perfected that oddly enough, knits are not the first thing that come to mind when you see her work. Instead, think 'oriental,' 'sexy' and 'comfortable.'" 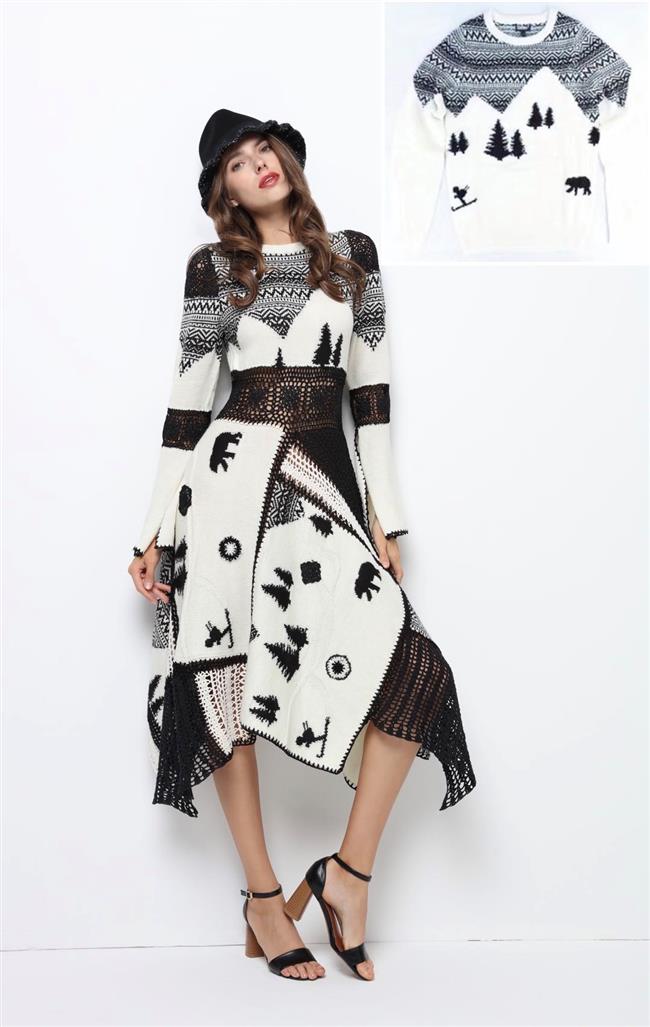 A puffy, chunky sweater turns into a stylish dress.

After her talent took her to the world stage of fashion, Li climbed down from the pinnacle and committed herself to remodeling old clothes.

The environmentally friendly concept was inspired by her daughter, who once told Li the story of a world-famous fashion house that burned its unsold clothes to protect its brand.

"The fast-fashion trend has had an adverse effect on the environment," says Li. "Cheaply made clothes have a short closet life. I secretly tried remodeling old clothes at home at the start, and then began displaying them. To my surprise, the feedback was very positive."

Li transforms a puffy, chunky sweater into a stylish dress, a blue calico tablecloth into a boho-style dress, useless white crochets and an out-of-date scarf into an exquisite cheongsam.

The product transition also alleviates the problem of a shortage of skilled knitters.

"Knitters who once worked for me lived in the suburbs of Shanghai," she says. "But their quality of life has greatly improved, and fewer people are willing to knit, which is really tedious work."

Nowadays, Li runs a store on Shaanxi Road N. in Shanghai, while her daughter manages a store in Paris. According to Li, their clothes are popular among French customers, who often buy them as exotic gifts for friends.

"As a layman of costume design, I knit with my heart," says Li. "Knitting for me is a way to express my thoughts. It calms and relaxes me." 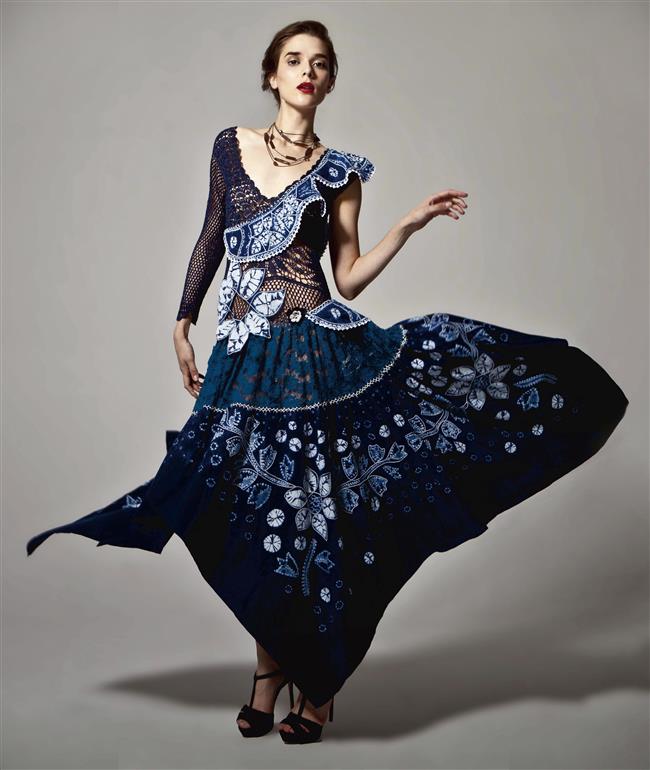