Wise and knowledgeable or sinister guardians of the night? 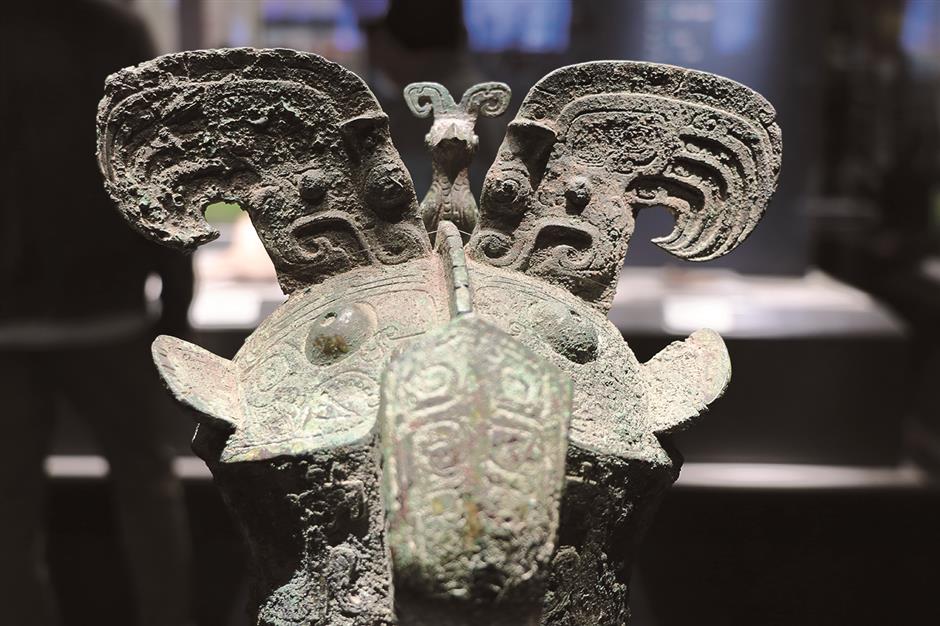 In ancient Greek mythology, the owl is the sacred animal of the goddess Athena. It represents wisdom, knowledge and perspicacity.

In Chinese culture, the owl has long been seen as an ominous animal due to its appearance and piercing calls.

Experts have found a number of artifacts patterned after owls. For example, a white-stone carving unearthed at a grand tomb in Yinxu, or ruins of Yin, which is an ancient capital city of the late Shang Dynasty, as well as bronze vessels discovered in Shanxi, Hubei and Hunan provinces.

The historian and archeologist Liu Dunyuan suggested that since the owl was a nocturnal animal, ancient people might have seen it as the guardian of the night.

Former president of the Shanghai Museum Ma Chengyuan believes that owls were regarded as the god of war by the Shang people and endowed with the power of avoiding war.

Among so many relics related to owls, two zun excavated from the tomb of Fu Hao are the most famous. Zun is a type of Chinese ritual wine vessel, and the two zun are cast in the shape of an owl.

Located in Anyang, Henan Province, the tomb is an archeological site at Yinxu.

Measuring 5.6 by 4 by 8 meters, the tomb was discovered by Zheng Zhenxiang, Chen Zhida and their team in 1976. It is the only Shang royal tomb found intact at Yinxu. Experts found the name of Fu Hao from the inscriptions on ritual bronzes. 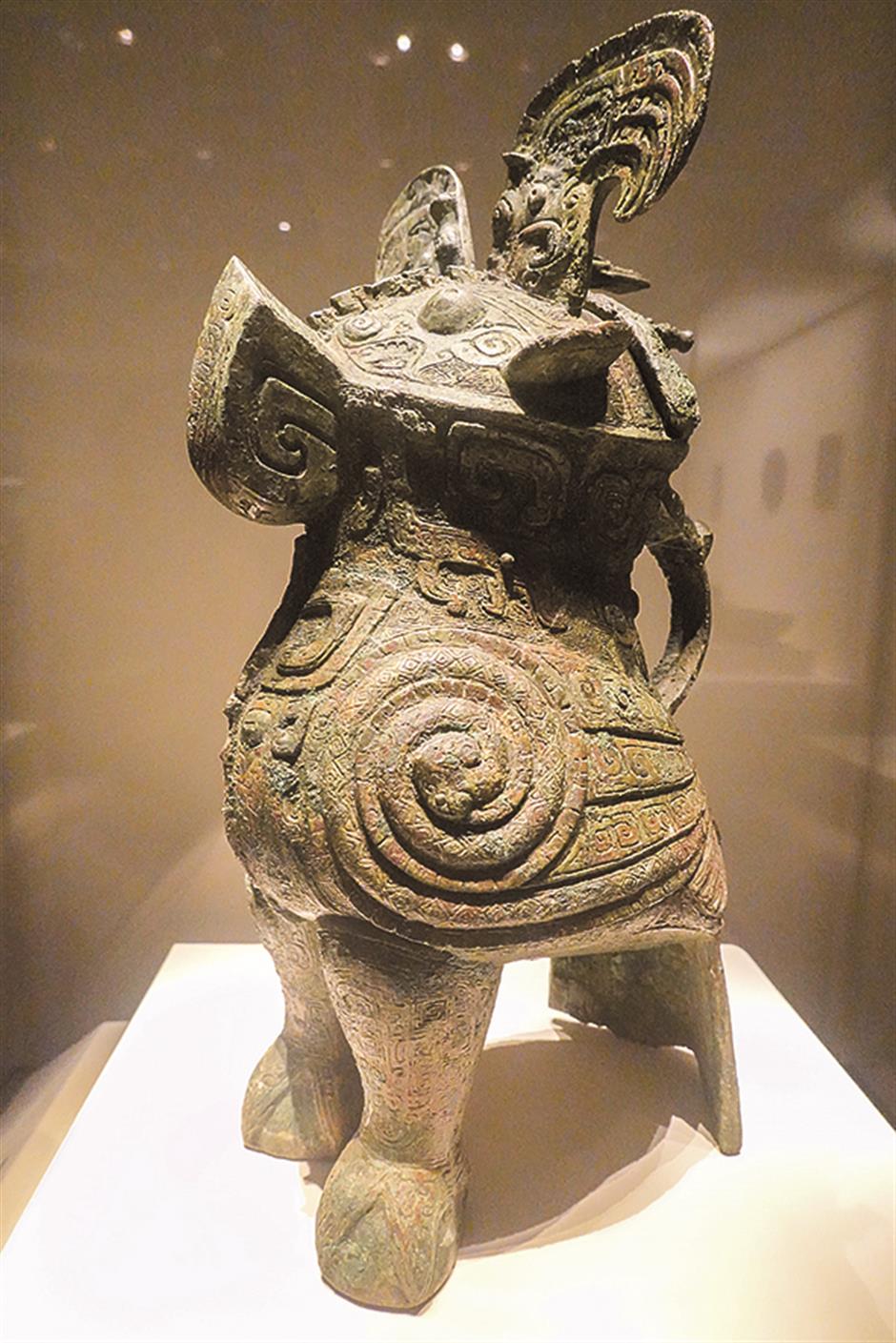 Fu Hao, or Lady Hao, was one of three consorts of the King Wu Ding of the Shang Dynasty. She also served as a military general, politician and priestess.

The brave woman once led 13,000 soldiers to fight against its neighboring Qiang. With many important generals serving under her, Fu Hao was the most powerful Shang general of her time.

It is believed that King Wu Ding cherished Fu Hao most. Caring about Fu Hao, he often practiced divination for her, which can be seen from the inscriptions on oracle bones.

Numerous inscribed oracle bones were found at Yinxu, which carry the earliest evidence of the Chinese written language and reflect the ancient beliefs and social systems at that time.

The king carved questions on the bones like would Fu Hao die in the battlefield? Would Fu Hao become pregnant? As a way to communicate with deities, the king heated the bones and divined the answers through the resultant cracks.

The king's special favor to Fu Hao can also be seen from his commission to her to host an array of sacrificial ceremonies. Only the king himself and the prominent figures were entitled to host the rituals. It is said that Fu Hao killed 10 slaves as sacrificial offerings in a ceremony.

Bearing testimony to the advanced level of the Shang crafts industry, a total of 1,928 artifacts were unearthed at the tomb of Fu Hao, along with 6,800 seashells, which were used as currency during the Shang Dynasty.

About a quarter of the artifacts were bronze wares, among which the two owl-shaped zun are the most eye-catching.

The head of the owl is designed with a pair of large horns, protruding eyeballs and small ears. The back side of its head forms a lid. The neck and the beak of the owl are patterned with taotie, which is a mythical ferocious animal in Chinese culture.

A curling-up snake with a triangle head outlines its wing. The two massive legs adorned with the patterns of a cicada and dragon, and the long tail decorated with a flying small owl form a steady, three-feet structure.

Inside the vessel's mouth are two inscribed characters "Fu Hao."

Showing the highly developed bronze civilization of the Shang Dynasty, the two owl-shaped wine vessels are collected at the National Museum of China in Beijing and the Henan Museum.