A pioneering champion of women's education 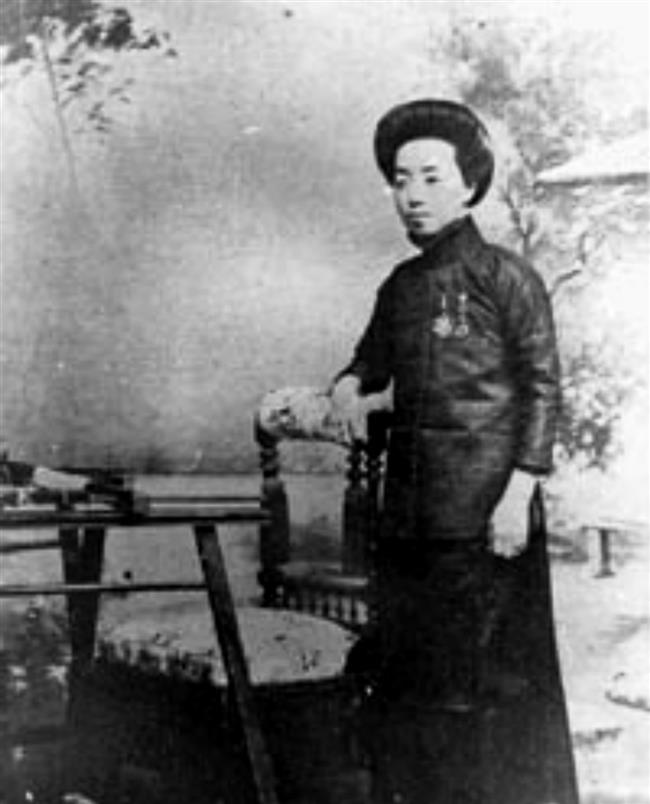 A portrait of Ding Yuexin, a regional pioneer who promoted women's education.

Ding Yuexin (1867-1953), a neighboring Jinshan resident who relocated to near the Xiuye Bridge in Songjiang after getting married, is a regional pioneer who promoted women's education throughout her life.

Ding was appointed Chinese teacher and school administrator at Jingxian Girls School in Songjiang in 1905. The school was financed and founded by a couple – Yao Wenying and Song Zhanmei. Ding, accountable and diligent, was deeply trusted by the couple.

Before long, Song passed away, Yao left Songjiang and Ding took over the girls school. In addition to carefully administrating the school, Ding managed to appoint renowned scholars Ma Junwu and Wang Xiumei as teachers to raise the school's teaching quality.

Ding also set an example by sending her own daughter Wu Caizhi to school. She encouraged her relatives and friends to allow their daughters to attend school, and would waive some students' tuition fees if their families couldn't afford them. All these measures helped to create a trend of women attending school in Songjiang at that time.

To facilitate the students's studies, Ding rented residential houses and repurposed them as dorms near the Yangjiaqiao Bridge. She also set up a branch school in east downtown Songjiang. The girls school was well evaluated by educational officials in successive years.

During the nine years of Ding's administration, she donated a huge amount of money and sold off her property of more than 200 mu (1.47 hectares) of land and her dowry to finance the school. For doing so, she was criticized by some of her male clan as the family's "black sheep."

Finally, at wit's end, she transferred her position as the school's administrator to another person.

Wu, her beloved daughter, contracted pneumonia and died after she returned from Belgium, where she had been studying.

"I pitied my weak daughter and also pitied my weak motherland. I had hoped my daughter, after fulfilling her studies abroad, could contribute to the development of her motherland. But I hadn't thought she would die so early," said Ding.

The death of her daughter became the last straw for Ding, already frustrated by her career. She in turn converted to Buddhism, set up a Buddhist Society in Songjiang and was recommended to be its president.

In 1937, Jiang Zhaolin, a graduate of Jingxian Girls School who was later appointed head of the school's east branch, was ordered for arrest by the Kuomingtang government. Jiang had joined the Communist Party of China and secretly fought against the Kuomingtang party.

Jiang sought help from Ding and was taken in and sheltered at the Songjiang Buddhist Society until the founding of the People's Republic of China in 1949.

After the country's liberation, Ding was selected to be among the first batch of representatives of the People's Congress in Songjiang. She was later recommended as librarian of the Sunan Institute of Culture and History.

Ding died of breast cancer in Songjiang in 1953.

Dr Sun Yat-sen used to praise Ding's noble and unsullied personality during his visits to Songjiang after learning about her devotion to women's education.