The last straw? Never for these traditional artisans

Shanghai has entered sanfu, the hottest period of summer. It's harvest time for the yellow straw that grows in Xuhang Town on the outskirts of Jiading District.

The straw is not used as animal feedstock or construction material. Rather, it is the medium of artworks. 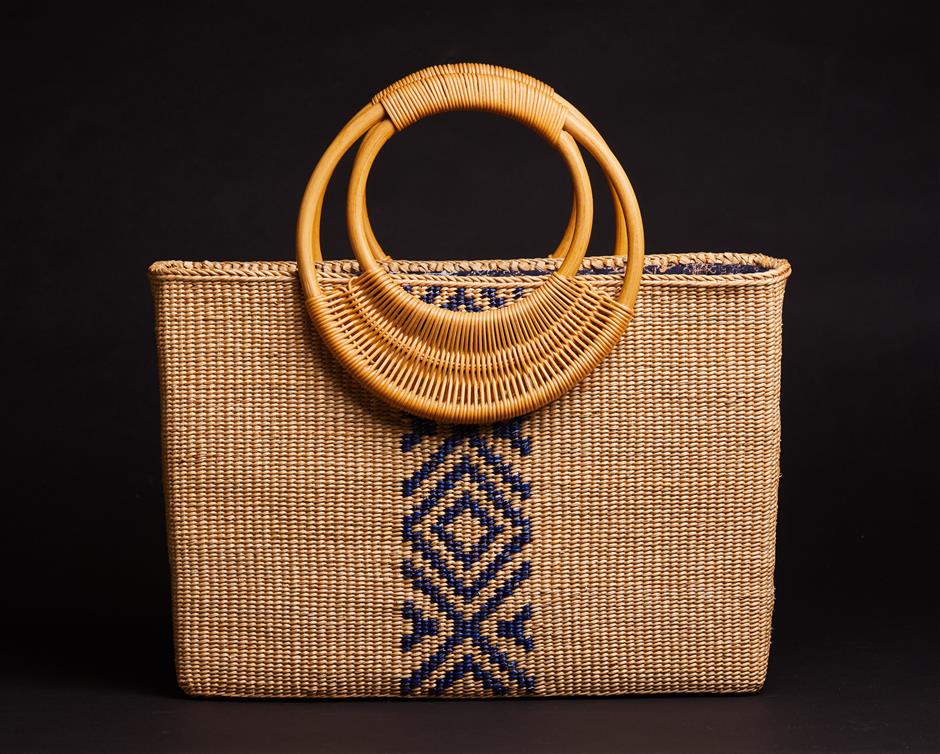 Xuhang is known as the "town of straw plaiting" – a craft that has survived for more than 1,000 years.

Legend has it that there was a beautiful young woman named Huang Maocao living in Jiading. The girl was about to get married, but because her family was poor, she had no dowry or even a new pair of shoes to wear.

The bride-to-be was upset and wept while herding cattle. The cows carried yellow straw in their mouths and placed them in front of the woman, who plaited them into a pair of sandals.

Wearing the chic straw sandals, Huang was happily wed. Her footwear caused something of a sensation in her village. Residents came to her to learn how to plait straw and soon made a living from the craft. Huang came to be known as the "fairy of straw plaiting," and the village was renamed Puxiecun, or "village of sandals." 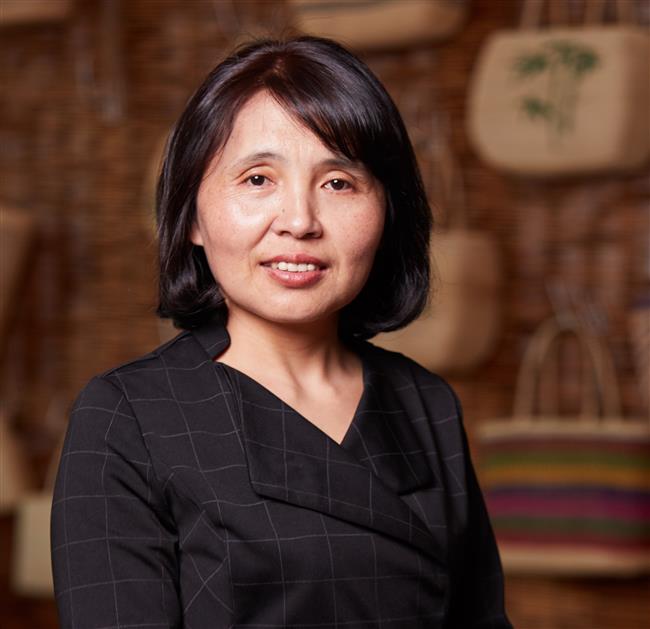 The modern-day "fairy of straw plaiting" is Wang Qin, 49. Following in the footsteps of her grandmother and mother, she has been doing the traditional craft since childhood.

"When I was only 5 or 6 years old, I started to help my grandmother and mother to twist the straw," said Wang. "In return, they gave me sweets or snacks. It's one of my happiest childhood memories."

After graduating from school, Wang first worked in a tailor's shop and then for Chinese-foreign shoe company, which closed in the end of the 1990s.

At that time, Wang was pregnant. While staying at home, she looked for something to occupy her time. On the recommendation of her grandfather, who was a leader of the local straw-plaiting cooperative, Wang began formally studying the ancient craft with a master artisan named Ji Xuecheng.

Based on documents from Wang Mingsheng, a historian of the Qing Dynasty (1644-1911), the folk art can be traced back to the Tang Dynasty (AD 618-907), when straw slippers were sent as a tribute by the local officials to emperors.

During the reign of Emperor Guangxu of the Qing Dynasty, straw-plaiting household workshops were established in Xuhang. Villagers hawked their straw goods in the town market.

After the founding of the People's Republic of China in 1949, a cooperative of straw plaiting was established in Xuhang. In the mid-1950s, all the private straw-plaiting workshops in the village were combined into a commune under government policies.

"On rainy days and at night times when my grandmother and mother weren't working in the fields, they made straw artifacts to supplement the family income," said Wang. "We three generations sat around and plaited straw while chatting."

According to Wang, straw plaiting at that time was a cottage industry and a means of earning foreign exchange in Shanghai. Every village specialized. In Wang's village, the craftspeople made handbags. 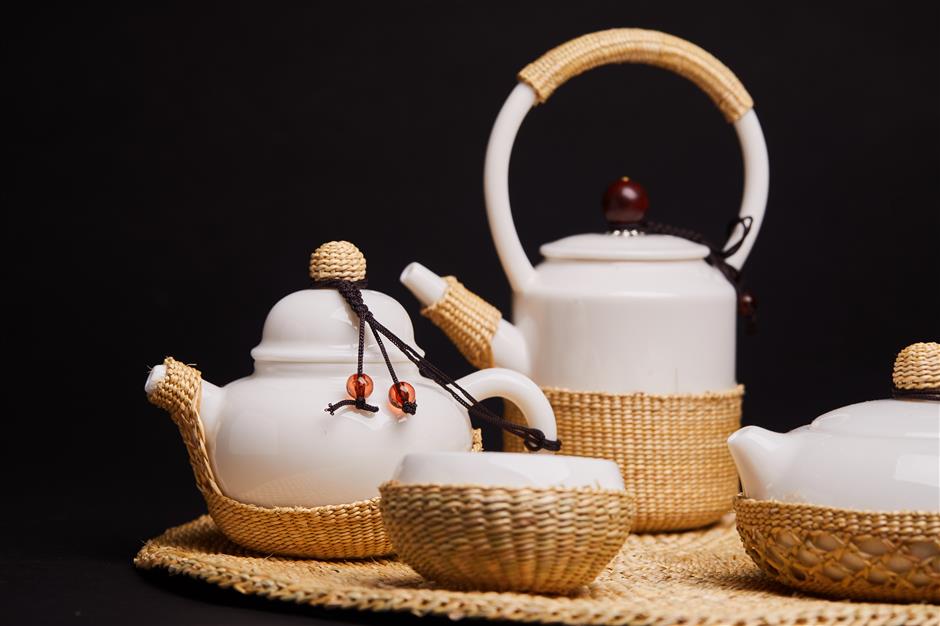 I meet Wang in her workshop in a local cultural center. An exhibition on the first floor of the center displays an array of traditional and more modern straw artworks – handbags, slippers, cup mats, clocks, vases and covers for tea sets.

As I enter her workshop, the refreshing scent of straw greets me. The straw used comes from a common sedge variety called Cyperus exaltatus, which initially grew wild by the village pond but is now cultivated by Xuhang villagers.

"Straw plaiting is truly a Shanghai traditional craft in both its material and local practitioners," Wang tells me.

During our interview, a man comes in to discuss with Wang some facet related to drying the straw they collected for many years.

"Because of the plum rain season, old straw stored in the warehouse can easily get mildew, so the straw must be dried for three to five days during sanfu, along with the new straw that will be cut in the coming days," says Wang. "We harvested 2,000 kilograms of straw last year."

After drying the straw, craftspeople select those of the best quality before cutting off their flower buds. The straw is immersed in water and then split. The craft mainly uses the "skin" of the straw.

The stalk is split into three pieces with its cross section resembling a triangle. The stems under the peel are either discarded or used to make handles for handbags. The straw is then colored by basic dyes and plaited with the help of a mold.

"The skin of yellow straw is glossy and it is hard to dye it with natural dyes," explains Wang. "The mold was initially made of wood but is now made of high-density foam." 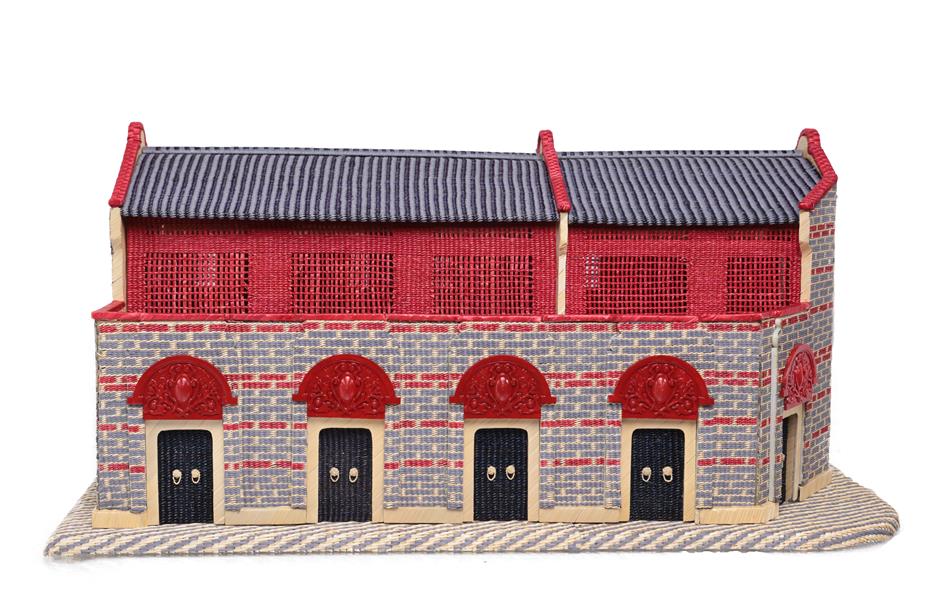 To celebrate the 100th anniversary of the founding of the Communist Party of China this year, Wang plaited straw into a replica of the site of the Party's first national congress in Shanghai. It took more than a month to make a model of the historic building.

Measuring 65 centimeters by 49.5cm by 31cm, the artwork vividly depicts the two-story shikumen building with black tiles, red windows, gray bricks and black doors. Even the tiny doorknobs, as small as a pinkie fingernail, are made of straw.

"The work is very exquisite, with six layers of straw in 1 centimeter," says Wang.

She admits she is young among the inheritors of the ancient craft. Most other straw plaiters are in their 60s.

But Wang's youth is a bonus in keeping the art form alive because she combines straw-plaiting with other genres like lacquerware, leather and porcelain to make products more popular with the younger generation.