Bridging East and West with sounds of Earth

Tan, both the composer and conductor, explained to the Shanghai Symphony Orchestra musicians: "We are in a dialogue, between Mahler and Li and with them both, which travels through time."

He then stumbled and fumbled, showing musicians how it feels to be drunk in "Peking Opera style."

Li Bai (AD 701-762) was one of the ancient Chinese poets whose works Mahler used as a source of texts in "Das Lied von der Erde," or "The Song of the Earth."

Completed in 1909, the symphony for two voices and an orchestra used seven Tang Dynasty (AD 618-907) poems in six songs addressing themes of life and death and the cycle of nature.

Tan's "Earth Concerto" premiered in 2009 as a tribute to Mahler, and was recently staged again under Tan's baton. As a commemoration of the 110th anniversary of Mahler's death, Tan put the concerto side by side with Schoenberg's rearranged chamber orchestra version of "Das Lied von der Erde," creating a cross-century dialogue between two composers and two cultures.

"In my life, I have always considered Mahler's 'Das Lied von der Erde' to be my favorite," Tan said. "It was drawn from the words of famous Tang Dynasty wandering poets, most prominently Li, and composed with such passion and beauty that it has always been an inspiration to me. I analyzed Mahler's piece like a sound doctor.

"What struck me the most was the drinking song between Mahler and Li, lamenting the shortness of youth and life and embracing the sunrise and sunset of human existence."

Tan references the three movements of "Earth Concerto" to the third, first and fifth movements in Mahler's piece, respectively "Of Youth," "The Drinking Song of the Earth's Sorrow" and "The Drunkard in Spring."

"If life is but a dream, why work and worry? I drink until I no more can, the whole, blessed day!"

The opening of Mahler's fifth movement "The Drunkard in Spring," citing Li's poem, is echoed in Tan's last movement in "Earth Concerto," featuring 101 ceramic and stone percussion and other instruments. These instruments made from earth in Hong Kong, Shaanxi and Taiwan, and stone from Nanyang, are Tan's attempt to explore the "sound of the Earth." 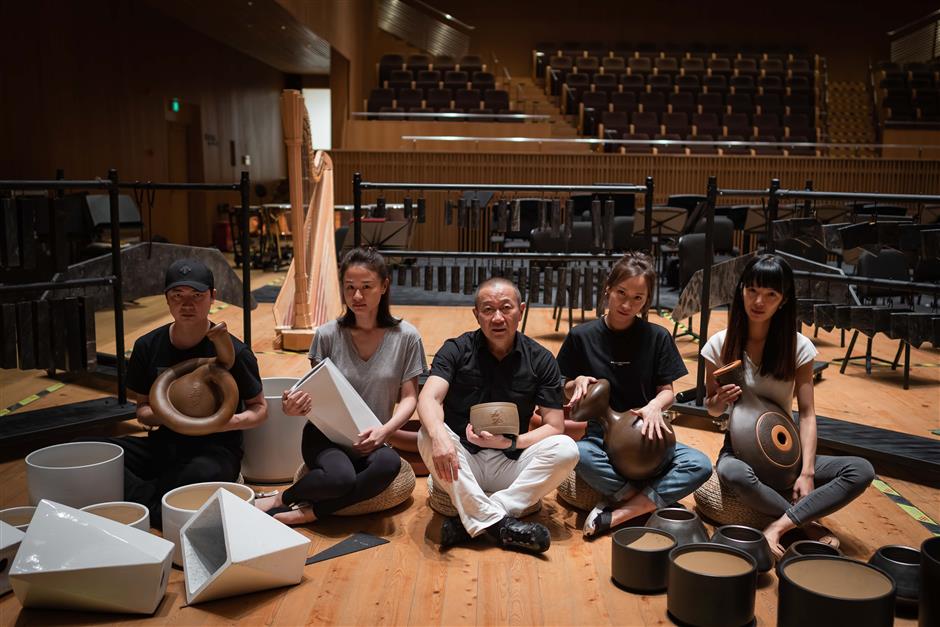 "If the Earth were a gigantic instrument, what music would it make?" Tan asked, reiterating the question he asked at the beginning of the project.

"The density and softness of the earth from different places will generate different sounds. Ancient Chinese philosophy states that 'humans and nature are always one,' in this case, the sounds of the earth and stone instruments symbolize the connection between the Heaven and Earth. The orchestra represents human beings, so the antiphonal dialogue between the sounds of nature and the voice of human beings is the true song of the Earth."

"Earth Concerto" also came as a result of Tan's two major interests – that of Mahler and exploring "organic" music.

"If we see Western classical music as a physical structure where melodies and rhythms are generated from chords and choruses, then Oriental music is organic," Tan said. "If we consider all sound audible by human beings as a large piece of cake, the Western system cuts it into smaller pieces through musical scales into do, re, mi fa, sol, la si, and then reconstructs the smaller pieces into different chords and choruses.

"But our sound system, like in our Peking Opera or Kunqu Opera, goes beyond the musical scale system and keeps the original cake in one piece. It is a different construction system from Western musical language."

Organic Trilogy was one of his experiments to compare, contrast and blend the two systems, adding sound from organic materials like water into orchestral music.

And the 40-minute "Earth Concerto" is the last of the trilogy, experimenting with "solid" sound through 101 ceramic and stone instruments. His next step is to continue developing the theory of "organic music," and the way to theorize Chinese musical ideas through existing terms and methods, largely from Western classical music. 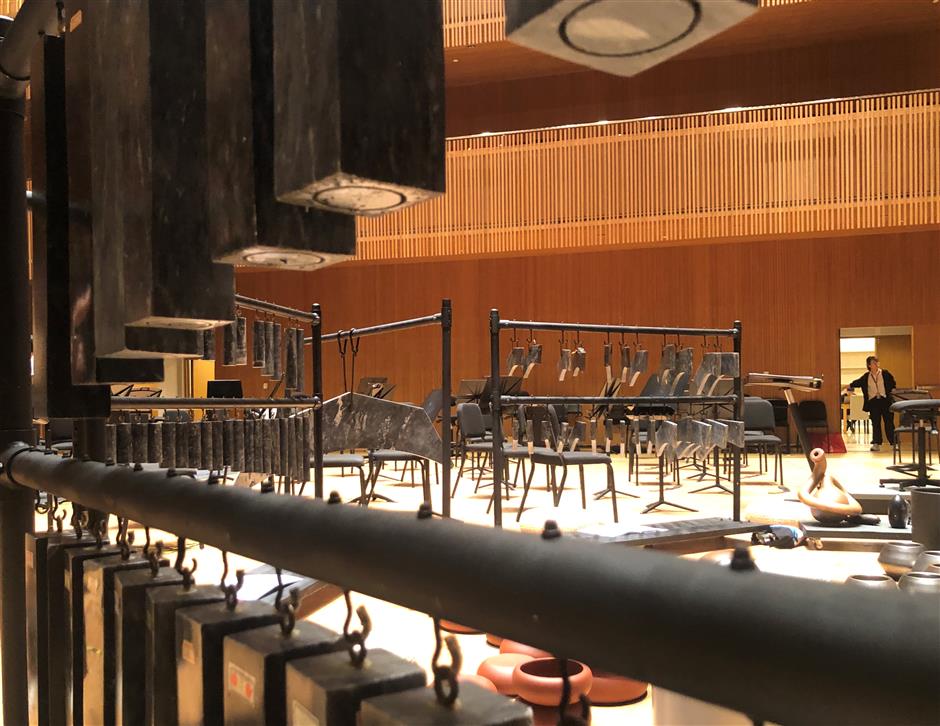 Tan's "Earth Concerto" also includes the bianzhong, which is an ancient Chinese musical instrument consisting of a set of bronze bells, played melodically.

"Chinese music is very intriguing in the sense that it is a relation amongst different sounds rooted in nature," Tan said.

"Some foreign students have asked me whether I could explain and analyze the features of traditional Chinese music using a five-line staff or piano. That's the challenge I have tried to tackle in the last 40 years, and will continue to explore in the future – how to turn our music and the idea of 'organic music' into a systematic theory that can be studied and researched by academies, musicians and musicologists around the world."