Jiading ushers in CPC's centennial with range of celebrations 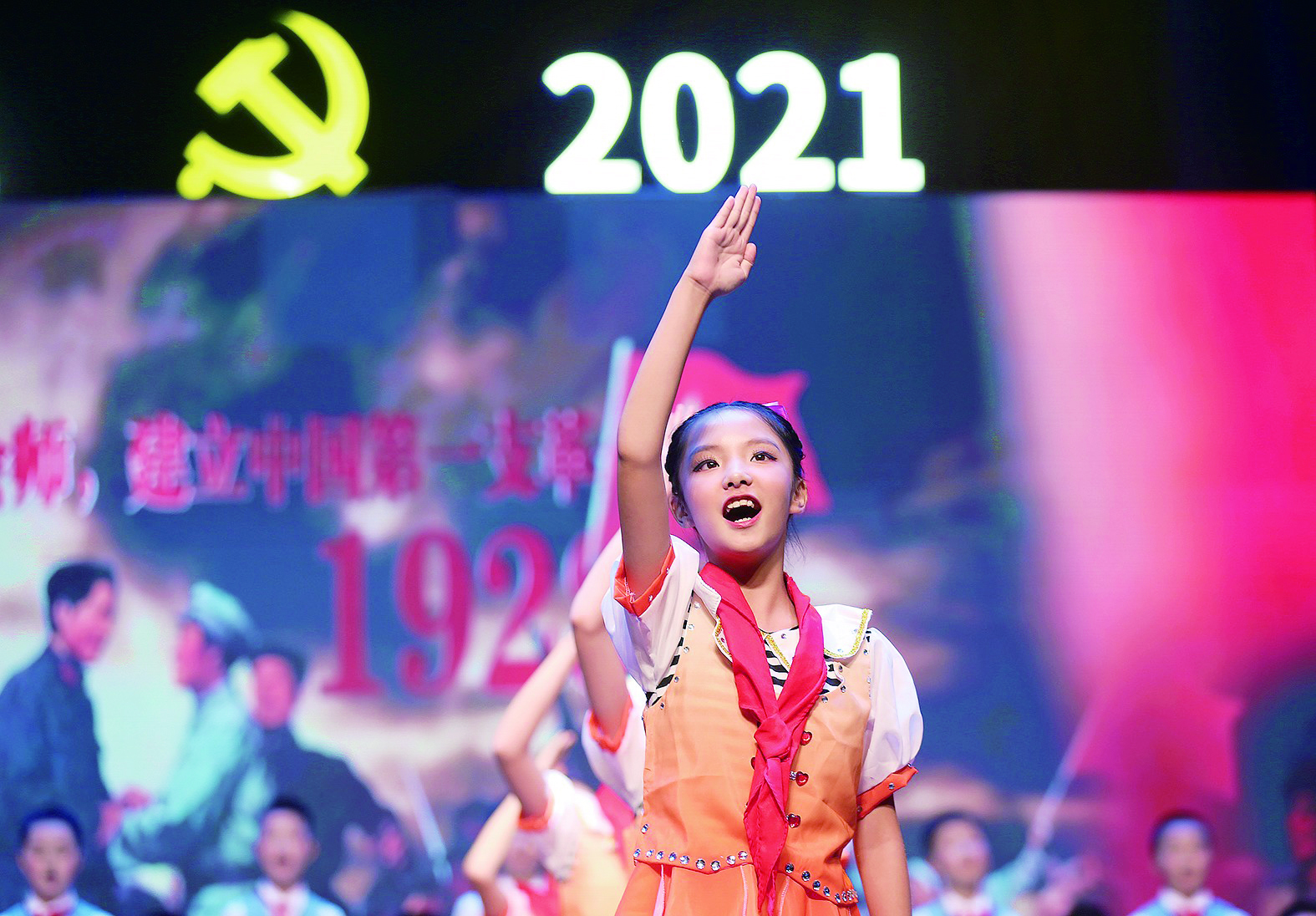 Jiading District held a variety of events prior to July 1 to celebrate the 100th anniversary of the founding of the Communist Party of China.

On the afternoon of June 18, district authorities held a theatrical festival with singing, dancing, an instrumental ensemble, melodrama and musical to show the development of Jiading's reform and construction and describe the blueprint of the district's new round of development.

"We joined the Communist Party of China in the 1950s, but we don't think we are old...We will follow the Party forever," Party members over 90 years old said during the poetry recital.

"I am so happy to celebrate the 100th birthday with the Party," said 100-year-old Gu Jingzhu, one of the performers.

Another theatrical festival was held by the district's state-owned assets supervision and administration commission on the same day, featuring employees of the commission system. The programs they performed told stories of the Party members' struggles during different generations, never forgetting their original intention and remembering their mission through songs, dances, recitations and sketches.

On June 19, the traffic system of Jiading held a celebration meeting as well, and system employees performed a variety of programs.

In order to develop and inherit the local history associated with early CPC activities, the stories of revolutionary martyrs from Jiading such as Chen Junqi and Liao Jiareng were performed on stage – another example of Nanxiang Town exploring and inheriting local "red" cultural resources.

On June 17, a 70-minute quyi (storytelling) performance about Chen's story premiered at the district's cultural center. The story has four chapters with different art forms, including Shanghai rap, Huju Opera, allegro and tanci (instruments and singing). Each one lasts around 15 to 20 minutes.

Residents of Jiading New City performed a play about Liao's story on June 17. The performance illustrates how Liao's father admonished him in jail after he was arrested.

On June 19, 100 Party members from 33 district Party branches participated in an anniversary-themed treasure hunt in Jiading New City. After the starting gun sounded, led by Li Xianghua, national model worker and representative of the 11th Shanghai Congress of the CPC (May 8 to May 12, 2017), all participants set off from the Jiading's Party construction service center. The course is 6.8 kilometers long, linking six places, such as the Shanghai Poly Grand Theater.

Participants visited various places according to hints received via WeChat and accomplished different missions. At one place – Nanyuan Garden – Party members could feel the hardships of the Red Army's long march, such as crossing snow-covered mountains and marshes.

Under the organization of the district's Juyuan New Area, 100 Gu's paper embroidery artworks, a kind of embroidery on the paper instead of cloth and an intangible cultural heritage, were made for the anniversary celebration.

All of the embroidery artworks are related to the history of the Party through different mediums, such as sketches, traditional Chinese painting, calligraphy and photography. These were displayed to the public for the first time at Jiading's Farmers Five Resistance at 18 Juyou Road, which is also a cultural and creative museum. The artwork is also available online.