The art exhibition "It's Not A Wave" is running at Shanghai Space & Gallery Association (SGA) on the Bund, featuring abstract paintings and installations from 14 artists.

If "wave" represents collective behavior or common will, then "not a wave" implies the existence of individual characteristics and diversity. The antithesis poignantly reflects the core values of openness and tolerance in contemporary art.

For this exhibition, SGA has invited artists from different generations born between 1930 and 1990, who live across China from south to north. Their works display a variety of individualized abstract art expressions from different eras and social contexts.

At the same time, however, they embody inherent relationships among themselves, such as actions during the creative process, the rational order presented in the creative concepts and forms of the works, and traces of the origin of Chinese classical aesthetics.

Irregular circles in different colors and sizes, rendered with dense staccato brushwork, invite viewers to enter a universe of ancient Chinese philosophy, expressed with dots and lines as strokes. 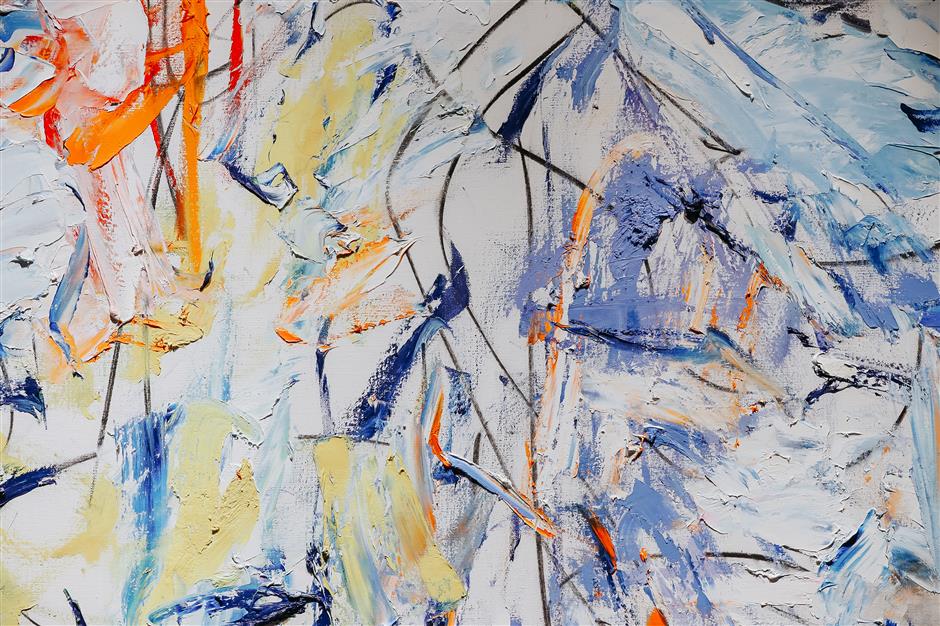 Xue Song is known for his innovative combination of modern techniques and traditional elements, such as calligraphy and folk art. After a fire destroyed his studio in 1990, he began using charred remnants of past works and books, which served as a constant reminder of the past. "Burning" and "collaging" have become distinctive elements within his artistic language.

Xue's two artworks displayed in the exhibition feature an ink-shading visual effect, which offers a contrast to the straightforward golden lines on the collage.

The exhibition is not simply to showcase a group of Chinese abstract artists. On the contrary, it is to reveal the individual presence through the form of a collective. 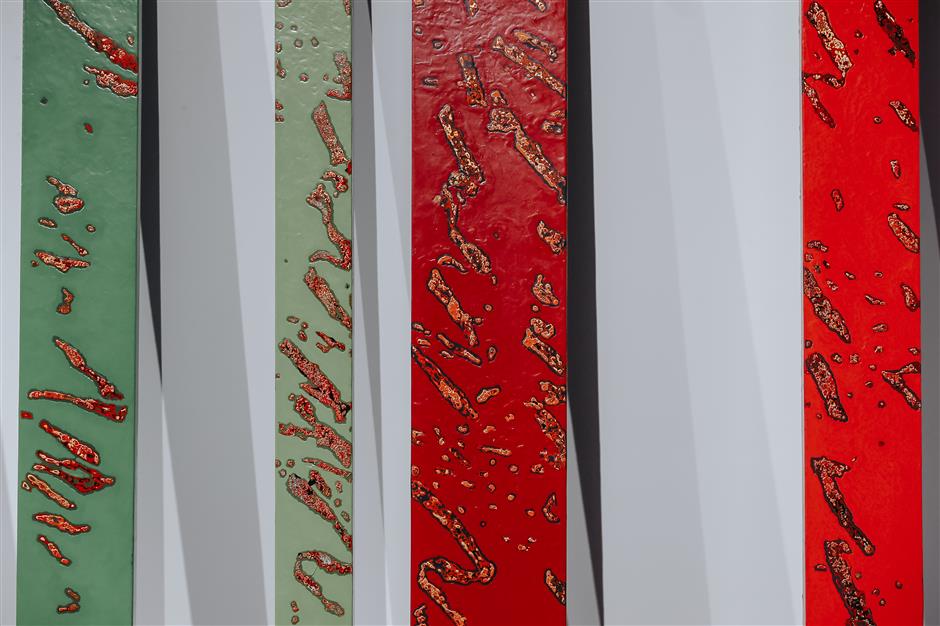 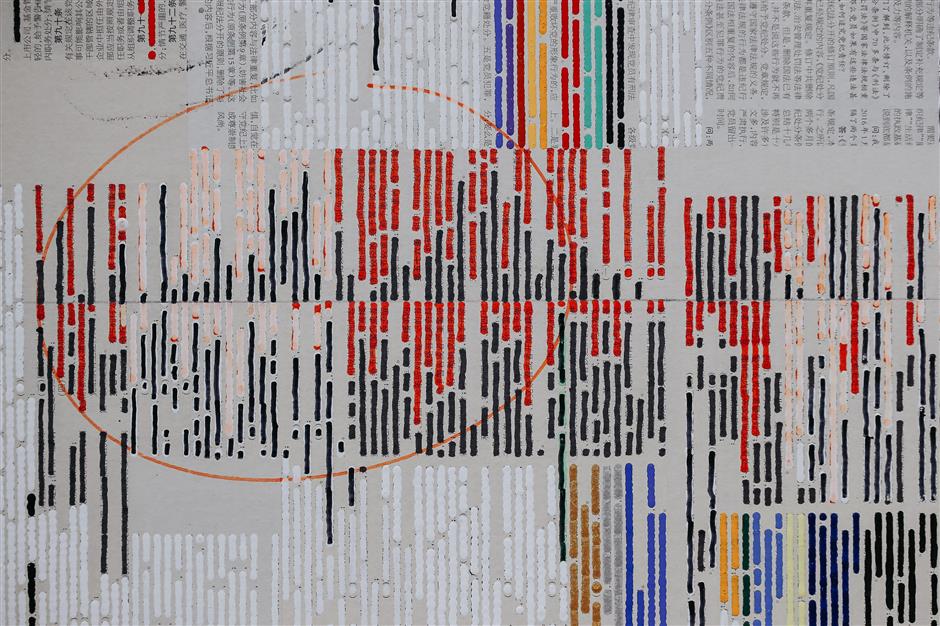 ﻿
Special Reports
﻿
61829
,
A wave or not a wave, that is the question ...
Ink-wash artists to benefit from dual exhibition program
How calligraphy collides with Kunqu Opera
Chen's pioneering watercolors on display
Display features ancient celadon pottery craft of porcelain master
The secrets of the grandmaster of wisteria
The Art and Design Academy tells 'red' stories to honor the CPC's centenary
Jiading ushers in CPC's centennial with range of celebrations
Bridging East and West with sounds of Earth
The last straw? Never for these traditional artisans
EXPLORE SHINE