Spanish surrealism that breaks all the rules

As one of the inaugural exhibitions under way at the Museum of Art Pudong, Spanish artist Joan Miró's "Women, Birds, Stars" features 69 works, ranging from paintings and sculptures to tapestries, on loan from the Fundació Joan Miró's collection in Barcelona and some private collections.

The exhibition is organized in four sections that reflect Miró's languages of art and work processes, spanning over 40 years and mostly from the latter part of his career after he moved into his studio/house – Son Abrines – in Palma in 1956.

The peaceful, spacious studio allowed Miró, who was then 63, to ponder his earlier works and diversify his methods. A desire to escape into pure creativity drove his work in strange and beautiful ways, breaking all the conventional rules of artistic expression.

Many of the works on display have poetic titles, such as "Poem," "Figures in the Rain" and "The Morning Star." 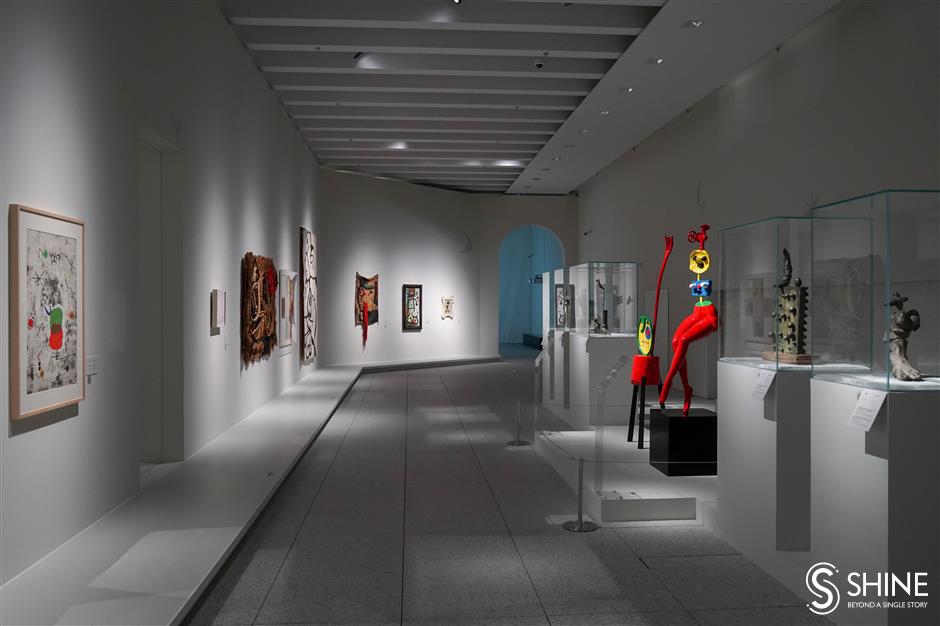 Spanish painter, sculptor, engraver and ceramist Joan Miró is one of the great representatives of surrealism.

The painted bronze sculpture "Girl Escaping" created in 1967 is a female effigy made of a sluice switch on top of a yellow disc, a blue shower panel with two white knobs and a pair of long legs in bright red shorts and high heels.

In this sculpture, everyday objects were taken out of their practical functions and carried over to the realm of art. By combining them alongside one another, the artist gave it a new, different meaning in relation to the innocence of a girl not yet spoiled by mundane affairs.

"Woman, bird, star" created in 1978 is a figurative painting on canvas that often leaves viewers speechless. Against an appealing blue background, the three images in this creation showcase a woman Miró distinguished with only sexual organs, a bird trimmed to a black dot and curved line, and a star in the form of an overstated multiplication symbol. 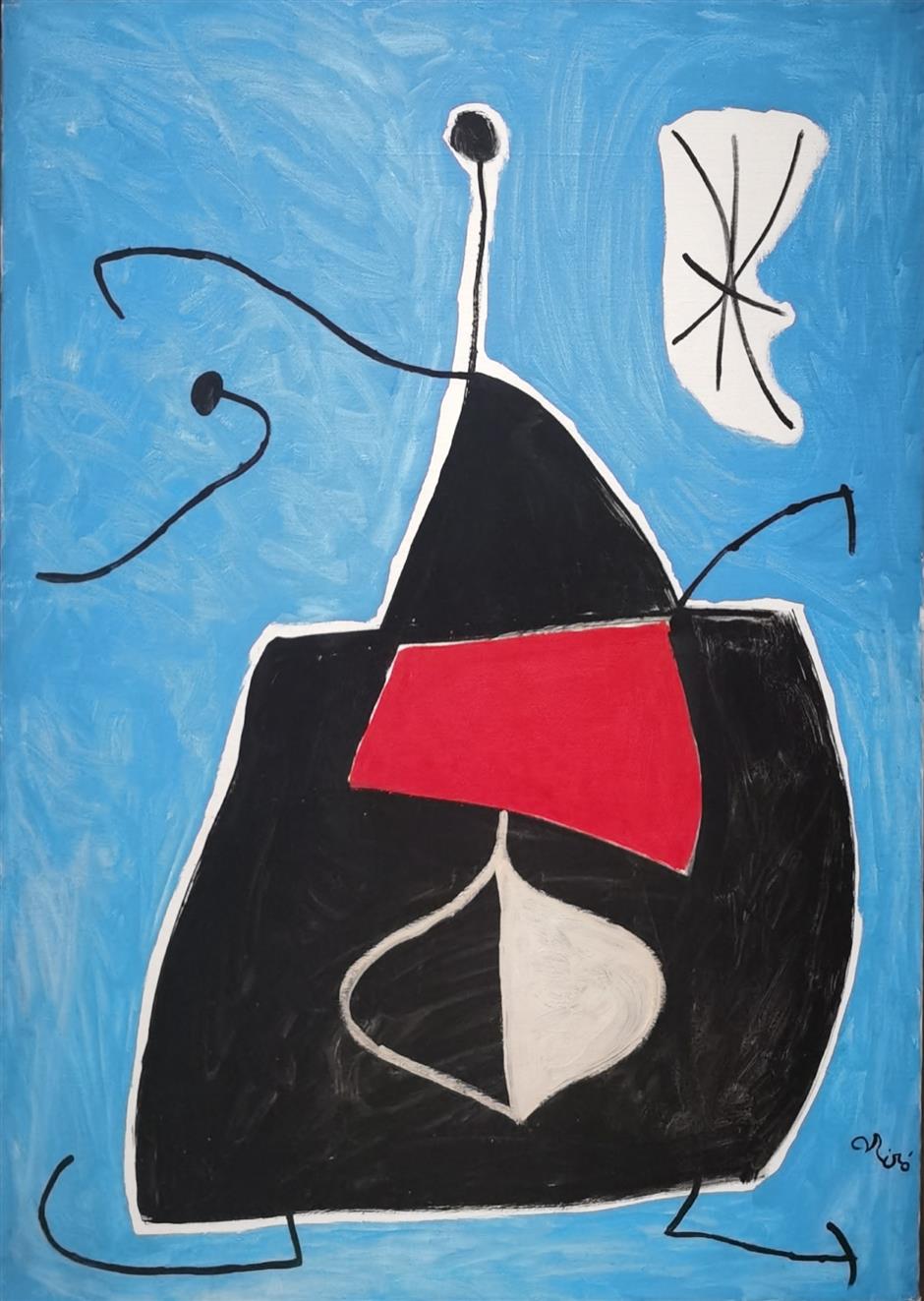 Miró was born in Barcelona in 1893. He initially attended business school as well as art school. At the age of 18, he turned to art with with great passion, defying his father's wishes for him to pursue a career in business.

In 1920, he left for Paris, where he met poets, writers and artists in the avant-garde movement. He was then by turns influenced by Dada, surrealism and abstract expressionism, discovering a freedom he previously thought was impossible.

Over the years, Miró reduced his range of colors to a basic palette, establishing a vocabulary of poetic signs with which to express himself. Women and birds were recurring themes. The sun, moon and stars were indispensable components, as were the figures he derived from prehistoric cave painting.

In addition to painting, he experimented with many other mediums of expression, such as prints, ceramics, textiles, watercolors and pastels. His changes in styles and subjects portrayed some of the horrific events during the worst years of the 20th century he lived through – the Spanish Civil War, World War II and the 30-year dictatorship of Francisco Franco.

Miró continued to work until his death in 1983, collaborating with theater troupes to take on the challenges of costumes and set designs, opening a foundation in his name in Barcelona and creating a mosaic for its busiest street, Las Ramblas – making him one of Spain's most celebrated artists who took a unique approach to creation, which many have followed after his death.