Plotting the history of the Three Kingdoms

Now a hard-core history buff, who has been fascinated by the era since childhood, has completed a digital map of significant sites and relics from 1,800 years ago.

The map made by Yuan Guangyu, 40, a resident of east China's Shandong Province, marks more than 500 spots around China related – historically or in folklore – to the era of three warring states.

"Map of the Historic Relics of the Three Kingdoms" is a mini program rooted in the social networking service WeChat. Red dots mark places of significance. When users click on them, they are redirected to the map app on their smartphone, with navigation to the sites available.

"I spent five years on it," says Yuan, who is a natural resources engineer. "At first it was just a map on a computer without navigational functions, and then I updated a version for mobile devices so that it would be more practical." 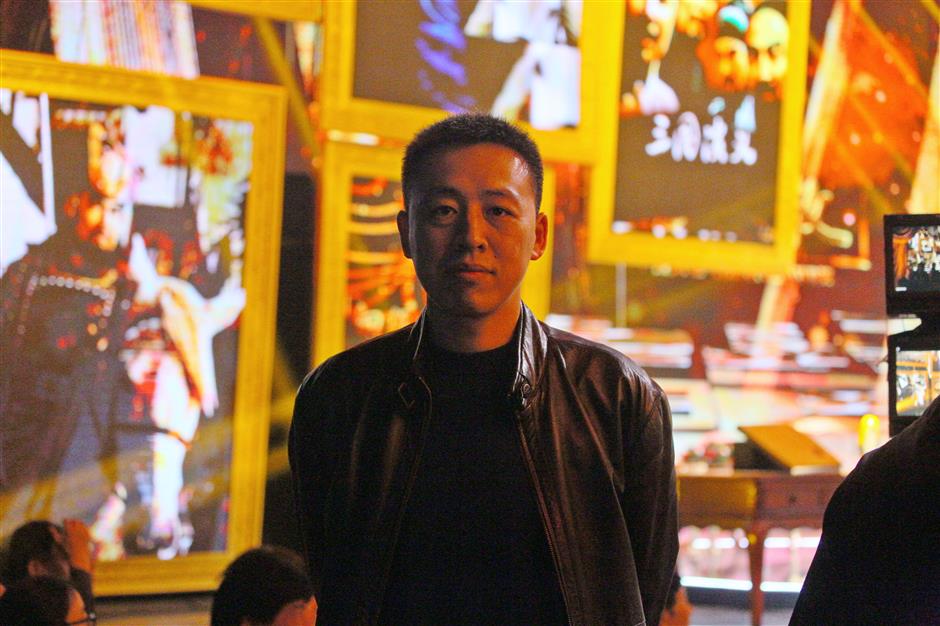 Even for those who don't plan to visit any of the sites, the map is a useful guide into the world of the Three Kingdoms. Many of the sites aren't found on common maps.

"It should be noted that not all places are exactly where historical events happened, or even confirmation that certain events happened at all," Yuan says.

He cites Shen Bojun, a late professor with Sichuan University and a leading researcher of the Three Kingdoms, who once said: "The relics found today are not all from that period but are actually Three Kingdoms-related relics that formed over time."

The Three Kingdoms period was brief by Chinese historical standards. It began in AD 220 after the Eastern Han Dynasty and ended in AD 280 with unification under the Western Jin Dynasty.

During the intervening six decades, the warlord rulers and minions of the warring states of Wei, Shu and Wu left a rich cache of story material for generations to come.

Wei was located in north China, Shu in the southwest, and Wu in the east. Each of the three states wanted to unify the country under its own banner.

Its intricate plots detailed the lives of the feudal warlords and their retainers, the military battles and the court intrigues of the three warring states.

Though loosely based on Jin Dynasty records, the novel added many folk tales about the notables of the period. Some elements in the novel – such as how Shu leader Liu Bei swore brotherhood with his two generals Guan Yu and Zhang Fei – became legend even though they never really happened.

"Therefore, many places and relics marked on my map have never been confirmed by archeology, but appeared only in folklore," says Yuan. "But I believe such places are still valuable in showing us how Three Kingdoms culture spread over time."

Yuan, who deals with satellite maps often in his work and very good at finding specific spots on such maps, still found his Three Kingdoms a great challenge.

It was impossible for him to visit all the places he marked, though he did visit about a 10th of them. He used every tool at his disposal to track down places.

One of the most difficult spots to locate was in Hefei, capital of Anhui Province – specifically, a place is called Cangzhoupu, which means "waters where boats are hidden."

In AD 214, according to records, Cao Cao, leader of the Wei state, fled Hefei, leaving his general Zhang Liao in charge. Zhang believed Wu warlord Sun Quan would soon attack Hefei, so he had a deep pond dug and hid battleships there. The next year, Sun did indeed attack, leading an army of 100,000 soldiers, but he was defeated by Zhang's troops, who numbered only 800.

Historical records show that Cangzhoupu was in what are now the eastern suburbs of Hefei, by the Nanfei River, but Yuan had trouble pinpointing it. Then he came across a Japanese website called Sangokushi Ryoyukyoku, or "Three Kingdoms travel agency."

The website was established by three hard-core fans from Japan who traveled around China to nearly 1,000 Three Kingdoms sites. The website showed Yuan that there is actually a memorial stele at Cangzhoupu, which he finally located for his map.

"I was astonished that Japanese people would be so crazy about the Three Kingdoms," Yuan says. "That steeled my determination to work on a map of my own."

Another challenge was to record information where authenticity is debatable. For example, the exact site of the Battle of Red Cliffs.

The battle is one of the most high profile of the Three Kingdoms. It pitted Liu Bei and Sun Quan against the strong Wei army led by Cao Cao. The battle did happen, but its exact location is murkier.

Yuan marked all its possible locations on his map.

"Elements of the Three Kingdoms have become local icons in many places, no matter whether they are historically accurate or just the product of folklore," Yuan says. "Local people are proud to be part of ancient culture, and we should respect that."

Yuan's intrigue with the period started with a series of comic books and an 84-episode TV series aired in 1994. In his high-school years, he played video games themed on the Three Kingdoms.

About two decades ago, Yuan founded an online forum call Sanguo Yiyuan, and it soon became the largest Three Kingdoms forum in China.

With forums now largely replaced by social networking services, daily posts on Sanguo Yiyuan have dwindled to less than 20. Yuan realized that he had to use more popular channels, such as WeChat accounts and short videos, to communicate with fellow Three Kingdoms fans.

"Spreading information on the Three Kingdoms is a kind of responsibility to me," Yuan says. "I hope that both my map and the forum will continue to be a haven for old Three Kingdoms fans as well as a point of interest for new ones. I still have a lot of work to achieve that."