The unifying multiculturalism of different colors

Spanish artist Okuda San Miguel is integrating and reconstructing "graffiti art" through a solo exhibition "Kaos Trip" held in a century-old building on the Bund through October 24.

As one of the most internationally influential contemporary avant-garde artists in Spain, Miguel prefers to blend classical theological themes with different visual and cultural elements, such as street and pop art, surrealism and even mystical aesthetics. The 41-year-old artist is also renowned for creating spaces of dynamic color structures.

The spotlight of the exhibition is his iconic installation "Explosion Head." The 6-meter-long colored head lying on the same-colored ground requires viewers to tilt their heads down for a clear view, unwittingly "forcing" them to change their viewing habits. Perhaps when viewers begin to change the way they normally look at things, they also alter their cognitive perspective.

"Explosion Head" is apparently a perfect example of how Miguel redefines the possibilities of color and geometry, as well as the integration of different physical spaces, constructing a new spatial experience to the public. 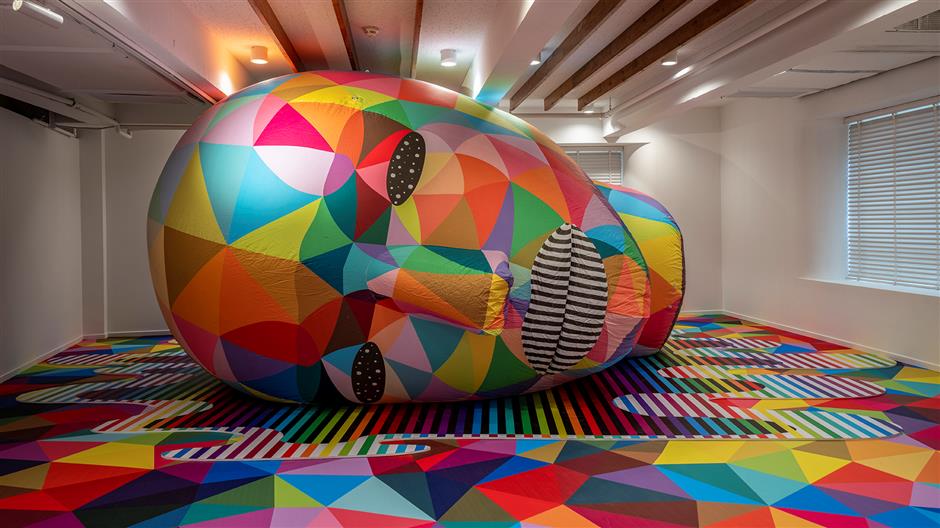 Miguel claims his favorite artist is Hieronymus Bosch and his triptych "The Garden of Earthly Delights," though he is also a great admirer of Japanese artists, such as Keiichi Tanaami and Tomokazu Matsuyama, who explore a modern version of surrealism.

"For me, color represents multiculturalism, different genders, plurality… flags, races, genders … all are there. Color is part of my basic psychology. My use of all the different colors shows that we are, in fact, one," he said.

"On the other hand, my use of geometry represents modernity and the digital world. The dialogue between organic nature and the artificial future has been conducted throughout my career. In my eyes, people lack spiritual communication in modern society and fail to respect nature. By doing so, they actually plant the seeds of ruin."

Miguel works with a wide range of animal and human shapes, each with its own corresponding meaning. For example, a skull is the symbol of life and a dove the symbol of freedom.

"I like to put animals and humans together in my work, then change their scales to create some vagarious digital creatures. While at the same time, I try to place humans and nature on the same level to reflect a united universe, which is essentially a definition of God through a metaphor." 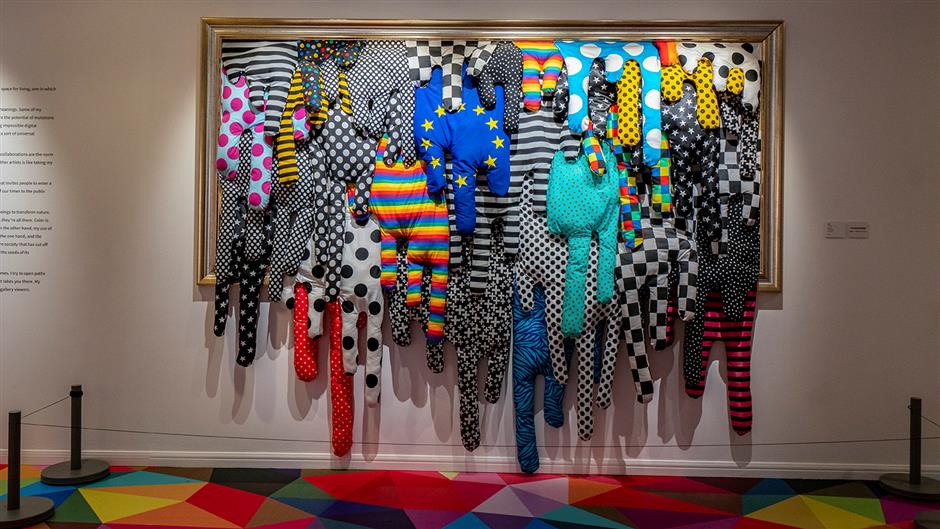