The rich culture and lush vegetation laid foundation for wooden sculpture, which dates back to the Northern and Southern Dynasties (AD 420-581). The art of wood carving in Shengzhou reached its heyday during the Qing Dynasty (1644-1911), as a group of prominent craftspeople emerged during that period.

Zheng Xingguo, 57, is considered the exemplar of top-flight wooden-carving craftsmanship in Shengzhou. An exhibition featuring 12 top-notch works by Zheng is on display at Zhejiang Museum's Wulin Pavilion through November 28. 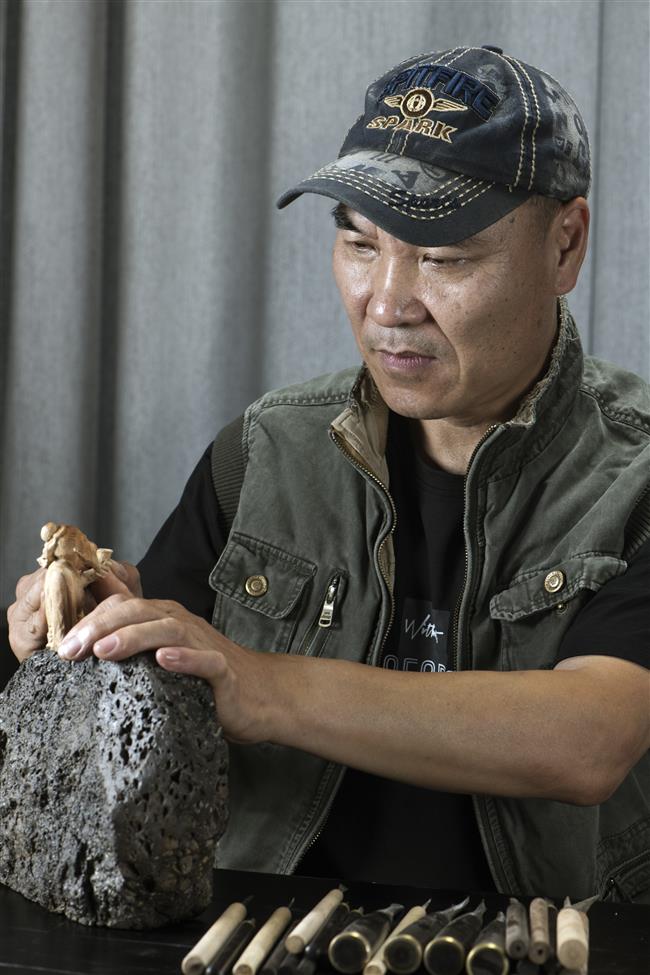 "In recent years, Zhejiang Museum has been exploring high-caliber craftspeople across the province. We spare no effort in building a platform that can display their works, protect intangible cultural heritages and encourage them to create works integrating traditional skills with modern aesthetics," said Chen Shuihua, curator of the museum.

Visitors to the exhibition can linger over the wondrously detailed figurines crafted by this renowned sculptor. Vivid figures and a glossy finish characterize the exhibits.

Zheng has been sculpting for more than 30 years. He was entitled the "Heir of Zhejiang's Intangible Cultural Heritage" by virtue of his superb skills.

Traditionally, Buddhist characters and immortals are major subjects of this art. However, Zheng prefers literature-based themes which is exemplified by the exhibits.

His work "Jinting Dongtian" depicts literati in a secluded landscape, highlighting man's insignificance in contrast to nature and the scholars' detached attitude toward life. The exhibit aspires to rebuild that spiritual world through art.

This work is a part of the concept of the "Tang Dynasty Poetry Belt of Eastern Zhejiang" which was coined by historians and scholars in the late 1980s, referring to a geographical beltway linking scenic and cultural hot spots that once attracted poets to the area.

After years of research, the route has been established, starting from Xiling Wharf on the Qiantang River, following the East Zhejiang Canal, Cao'e River, Tanxi Creek, Tianmu Mountain and ending at Tiantai Mountain. During the 300-year period, around 500 poets wrote more than 1,500 poems inspired by this route's scenic view.

Tang Dynasty authors frequently traveled throughout eastern Zhejiang, especially when they faced setbacks in their pursuits of political endeavors, so the mountains and rivers along the route won their hearts.

"Jinting Dongtian" portrayed the landscape along Tanxi Creek which runs through Zheng's hometown, Shengzhou. The creek is at the heart of the "Tang Dynasty Poetry Belt of Eastern Zhejiang." 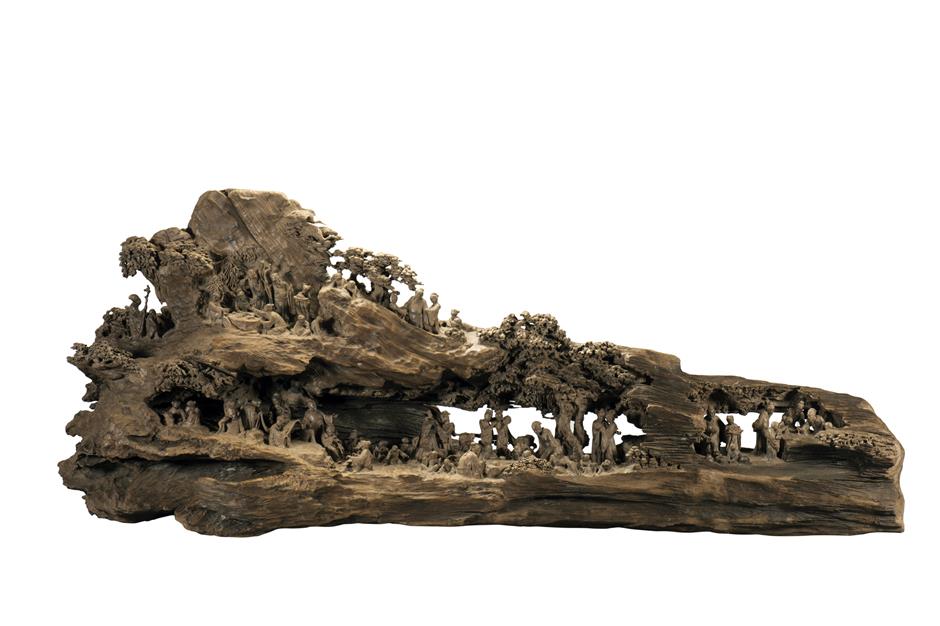 "Jinting Dongtian" depicts a literati gathering in a secluded landscape, highlighting man's insignificance in contrast to nature and the scholars' detached attitude toward life.

Another work, "Poets Hidden in Mountains," depicts lush vegetation, hills and dales hidden in forests and small waterfalls running over ragged cliffs and misshapen trees. Poets inspired Zheng, and he tried to understand ancient scholars' moods and thoughts when they visited his hometown.

Most of his works were engraved on ancient wood which had been buried underground for millennia. The scarcity of suitable material makes Zheng's carvings precious. Their value approaches that of gemstones and other precious materials. The carvings darken over time, giving them their treasured patina.

Figurines carved with nanmu, a type of wood that is frequently used for boat building, architectural woodworking and wood art, are on display at the exhibition. The wood is highly valued due to its resistance to decay with little splitting or warping. After drying, the wood is of medium-density and does not change shape.

Zheng's works follow the style of the Shengzhou school which is one of the four famous sculpting schools in Zhejiang Province, along with Yueqing boxwood carvings, Dongyang wood sculpture and Qingtian stone sculpture.

A single wooden sculpture takes months to finish. It goes through several stages of molding, cutting, carving, polishing and lacquering before it is completed. People traditionally put wooden carvings in their homes to bring good luck and blessings.Now, more people understand the artistic value of these carvings. Exquisite designs are now popular with connoisseurs. 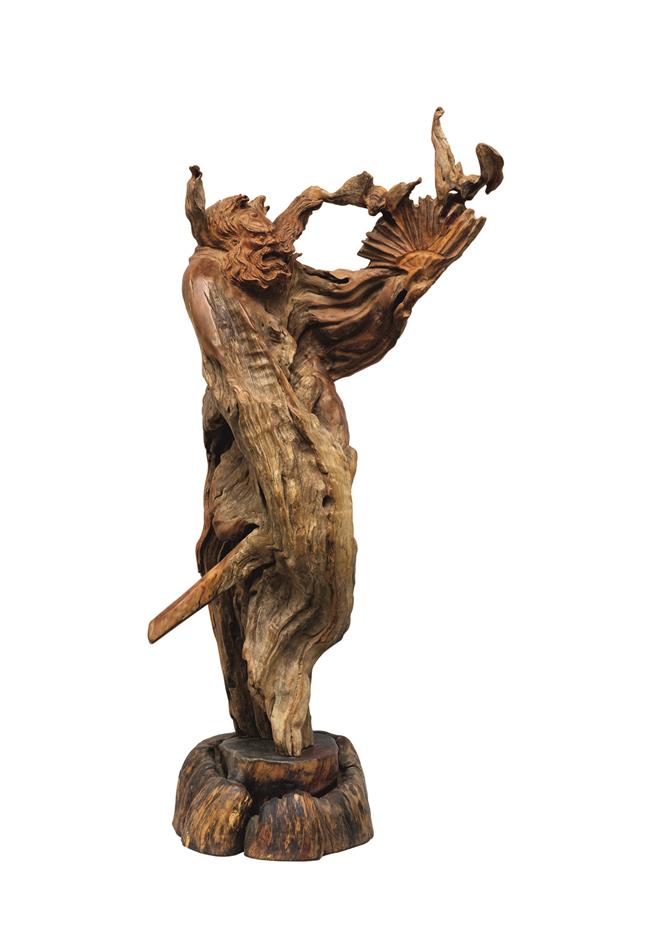 The wood-carving artwork created by Zheng Xingguo depicts Zhong Kui, a deity that can ward off evil spirits in traditional Chinese culture.

Date: Through November 28, closed on Mondays