Hermès draws on Greek mythology in its latest offering

The autumn window display at the Hermès Maison in Shanghai is a theatrical stage in the downtown area. Poetic, innovative and mesmerizing, this season's annual theme – "An Odyssey" – is conveyed through paper artworks designed by French designer, illustrator and author Julie Stephen Chheng.

Drawing inspiration from the adventures of Ulysses – the Latin name for Odysseus, a Greek king who took 10 years of misadventures traveling the world to get home after the 10-year Trojan War – it sets the stage for an exciting journey outlining the themes of exploration, meeting and nature.

The window space features elements of traditional Chinese paper art, such as paper fans and lanterns that form a vast and mystical world, placing Homer's "Odyssey" in a contemporary perspective.

As stars shine over the main entrance of Hermès Maison, surging waves and tall mountains are featured in the windows on its two sides. Hermès products are displayed in a dusky landscape and along a romantic path. 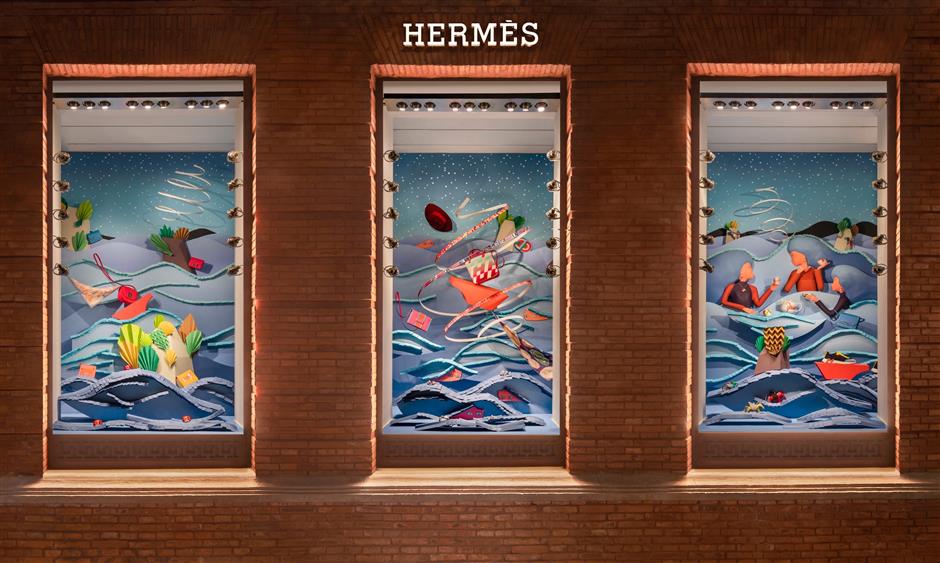 In the women's window, inspired by a traditional folding screen, the sirens, whose blue hair morphs into waves, gather for a tea party in the sea while small objects on boats encounter rockery islands and tornadoes.

The explorers enter this sea and head for the bags, accessories and perfumes with a sense of excitement as they set off on a thrilling adventure.

In the men's window, the explorers depicted as tiny men are folding paper sheets to make little horses symbolizing how gigantic and insurmountable events can be resolved in a team with optimism.

The miniature size of the characters contrasts harmoniously with Cyclops – the one-eyed giant of Greek mythology – blended in the mountains, playfully helping the men build a castle. 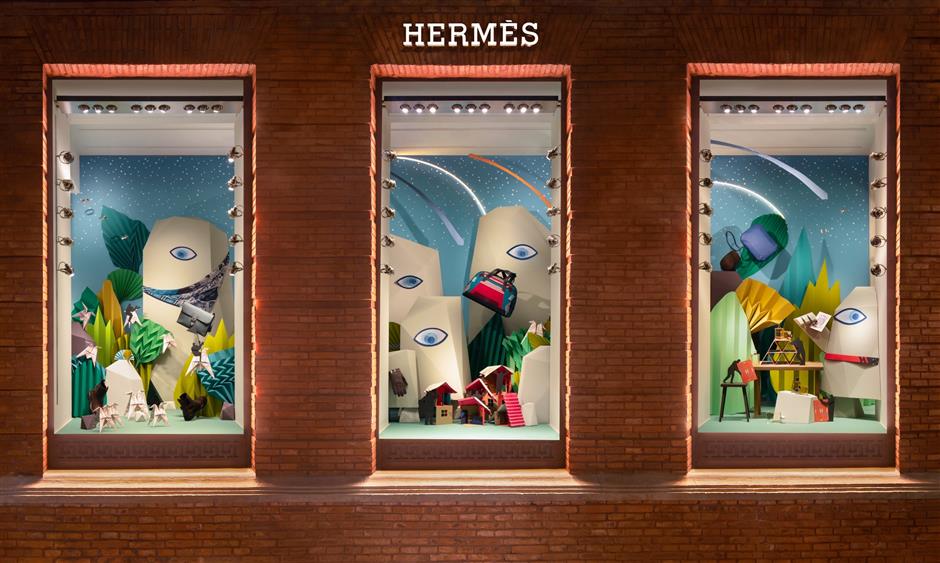 The windows create a world both familiar and imaginary through hidden little scenes from daily lives with colorful effects and mythical objects in paper, a material regarded as one of the major elements of the evolution of human civilization. By poetically setting Hermès objects in a creative dimension, the windows carry people beyond reality and present a modern interpretation of the Odyssey.