Imagination knows no bounds in a box of childlike fantasies 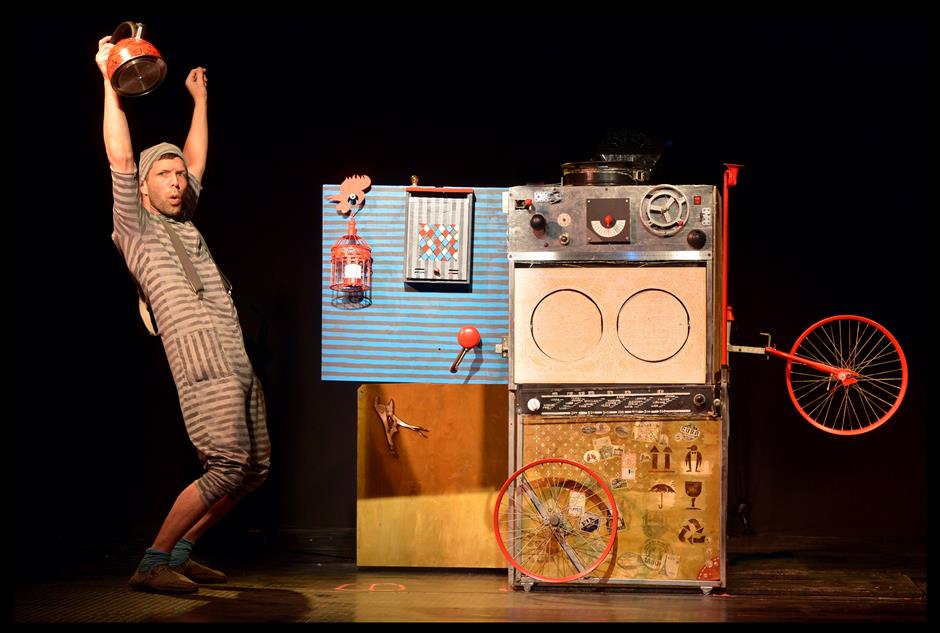 Ornan Braier uses his magical box to create a world of imagination.

A box is not a box. It's an invitation to a magical world bounded only the limits of imagination.

The 45-minute performance is being staged at the Art Space for Kids at the Daning Life Hub retail complex. Despite the name of the venue, the show is not only for kids.

The drama centers around a man living alone in a box that is shorter than Braier himself. It magically includes a bedroom, kitchen, sitting room and gym.

Every morning he starts his day with a cup of tea. However, this morning, something goes wrong. The box creates a secret opening into a world of imagination. Using projections, music and objects, Braier transforms the stage into a peculiar realm of fanciful ideas. His machine box leads him to love. 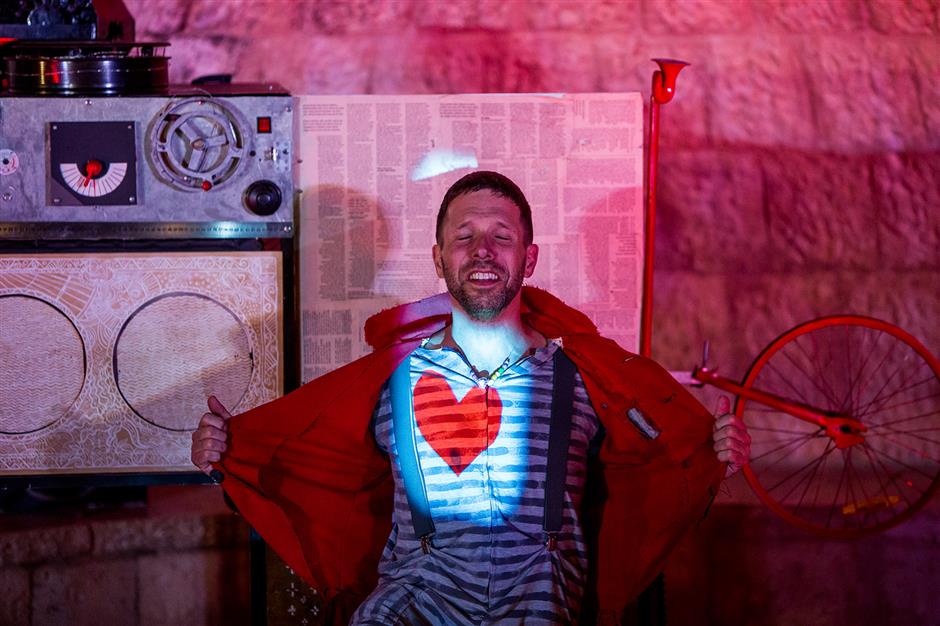 The machine box leads the man living inside to love.

The show's world premiere at the Haifa International Children's Theatre Festival in 2019 won awards as Best Show and Best Scenery. The newspaper Haaretz quoted a 6-year-old Israeli girl telling her father: "Dad, that actor, I want to marry him."

Young Chinese audiences have been equally enthralled by the show, judging from their joyous laughter during performances.

Looking at the show from an adult perspective, 44-year-old Braier says: "Everyone has their own box. We sometimes feel scared and shy, and then we can stay inside of our boxes and treat ourselves kindly. We must love ourselves first."

Before the show, an employee of the theater asked the audience: "Do you think the box has life?"

Sometimes it may seem bigger than that. Braier said the box often has its own ideas, veering from the "script," changing parts of the show and producing different stage effects.

"The play was self-born rather than being created," says Braier. "I didn't have any plan. My son and I often played with materials in my studio, just like kids play with their toys. After two years, I collected what we had and combined them into box."

The box is a machine, made from throwaways and various odds and ends of daily life – like a red bicycle that Braier found in street trash and a kettle donated by his neighbors. 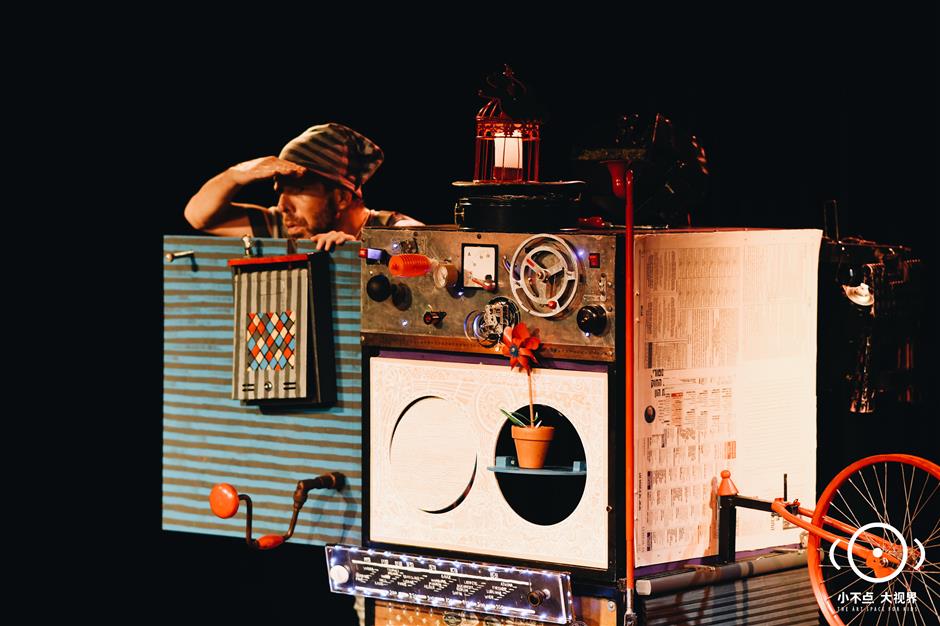 The box machine is made from throwaways and various odds and ends of daily life.

One of the highlights of the magical box is that it can be transformed into a naughty washing machine that sometimes shrinks clothes into hand-size and sometimes stretches sleeves to the height of a man. Intriguingly, Braier's grandfather was the first person to invent a washing machine in Israel.

"Most of the things in my grandfather's house were made by him," says Braier. "As the family grew in size, with more children being born, my grandmother was always busy hand-washing diapers, so my grandfather invented a washing machine to help her."

After World War II, Braier's grandfather emigrated to Israel and became a locksmith.

Under the influence of his grandfather, Braier developed a passion for machinery. The often-naughty boy would become a model of good behavior while watching his grandfather making or fixing things.

This jack-of-all-trades has never lost his childlike wonder, to the delight of his 7-year-old son and 9-year-old daughter, who came to China with him for the show. During the 14-day quarantine upon arrival here, the Braier family created a micro animation with Lego mini figures.

Braier often takes his children with him on tour. They have been to more than 10 countries. While Braier installs his props on stage, the children run barefoot through the theater and play happily with local kids.

"I believe that children should do what they want to do," says Braier. "It doesn't matter what I think."

When Braier was around 15 years old, he went to a friend's school, where he watched his first stage drama. He fell in love with the art. He sneaked out of his home after school and attended a drama workshop.

"My parents didn't allow me to study theater at first," says Braier. "But I insisted on studying acting. If you do something from the heart, you will succeed."

Last year, almost all his performances were canceled because of COVID-19, but the hiatus gave him the opportunity to do what he always wanted to do. Apart from self-study in economics, he traveled the length and breadth of Israel on a 40-year-old motorcycle.

"Don't be surprised," he says. "Israel is small, with the longest driving distance about 470 kilometers, or five hours' travel time."

En route, he had to fine-tune parts of the old motorcycle from time to time, which in his words was like a musician tuning up his instrument. Braier recalled that he once took a woman as a passenger on his motorcycle, only to find that he was unable to communicate with her because he was too intently focused on listening to his "old buddy" to detect any malfunctioning.

His "Little Love Machine" runs in Shanghai through September 20.