An exhibition featuring a cluster of ink-wash paintings and calligraphy works created by Chen Peiqiu (1923-2020) is showcased at Shanghai Power Long Art Center through September 15.

Born in Nanyang, Henan Province, Chen is one of the most famous ink-wash artists in China. She showed an early interest in art, but unlike many of her contemporaries who gravitated toward Western realism, she became fascinated with traditional Chinese art.

Chen saw the Song Dynasty (960-1279) as the golden age of ancient Chinese art. She thus engaged herself in copying the flower-and-bird paintings from this period. After decades of study, she developed her own signature color and freehand style, one which also references the lights and shades seen in Western Impressionism.

All the artworks showcased at the exhibition are on loan from Liu Qi, Chen's student and also a collector of her works.

"I got to know her in 1999," Liu recalled. "Guess what, later we became quite close because we were both gourmets."

"We often went to watch Peking Opera, visited exhibitions or had meals," he said. "But she would always switch our topic to art in the end. Actually she used art as examples to tell me her experience and interpretations of life."

Now looking back, Liu feels quite fortunate that he unwittingly "absorbed" many of Chen's precious understandings about life and art in the past two decades.

"My teacher passed away last year, and I miss her very much," he said. "So this exhibition would be a special memory to her." 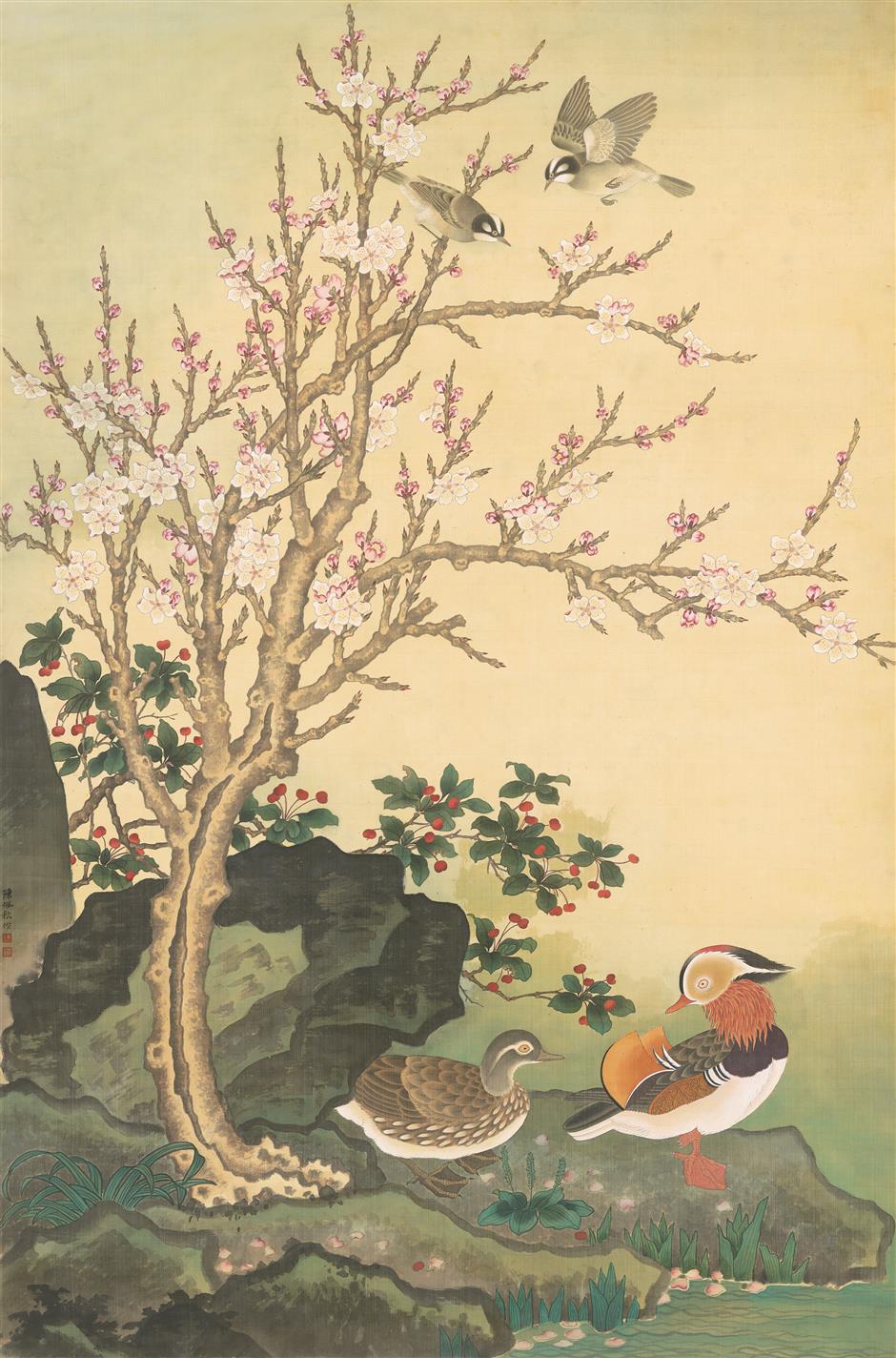 "Mandarin Duck and Apricot Flower" by Chen Peiqiu in 1958 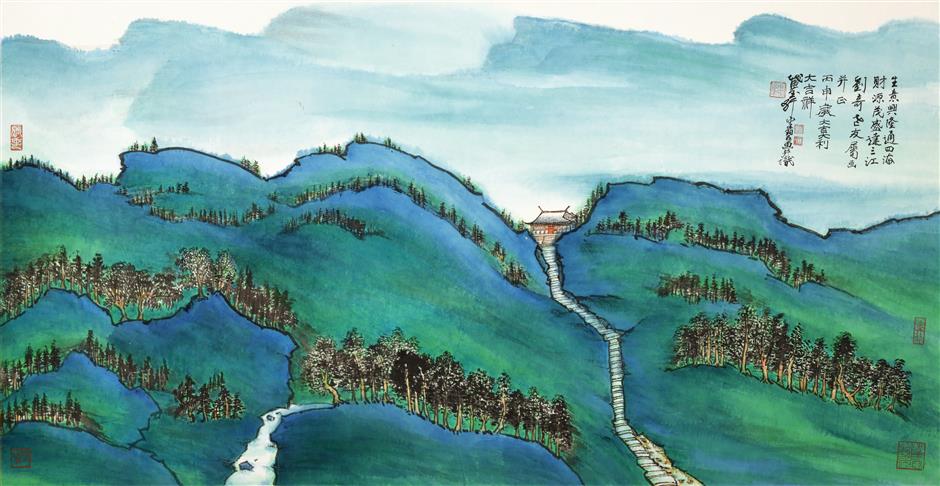 "Splendid Landscape" by Chen Peiqiu in 2016