The art exhibition "Centennial Sea" that runs until Sunday is in full swing in a century-old historical house on Sichuan Road M.

Almost 100 paintings, installations and sculptures are displayed from the second to fourth floors in the neoclassical house built in 1921, the former headquarters of Brunner, Mond & Co, a British chemical company.

The paintings decorate, interpret and mix into the house, and at the same time revive and refresh it once again after 100 years. These silent artworks speak to the relationship between the eternity of time and malleability of space with different types of media.

The installation "The Midas Touch" by artist Shen Ye is a philosophical reflection inspired by Chinese mythology. A raven stands on a wooden box painted with gold foil, searching for that "golden finger" of the immortal Lu Dongbin, who could turn anything to gold by simply pointing at it. A few steps away, rocks in a golden coating of lacquer are scattered about.

The image of a raven is quite thought-provoking, as the scavenger in Chinese culture is an emblem of ill omen, as well as a symbol of imperial authority that often implies a dynasty's rise and fall. The work's metaphor becomes complicated, which might hint at the artist's irony to the commodity fetishism. 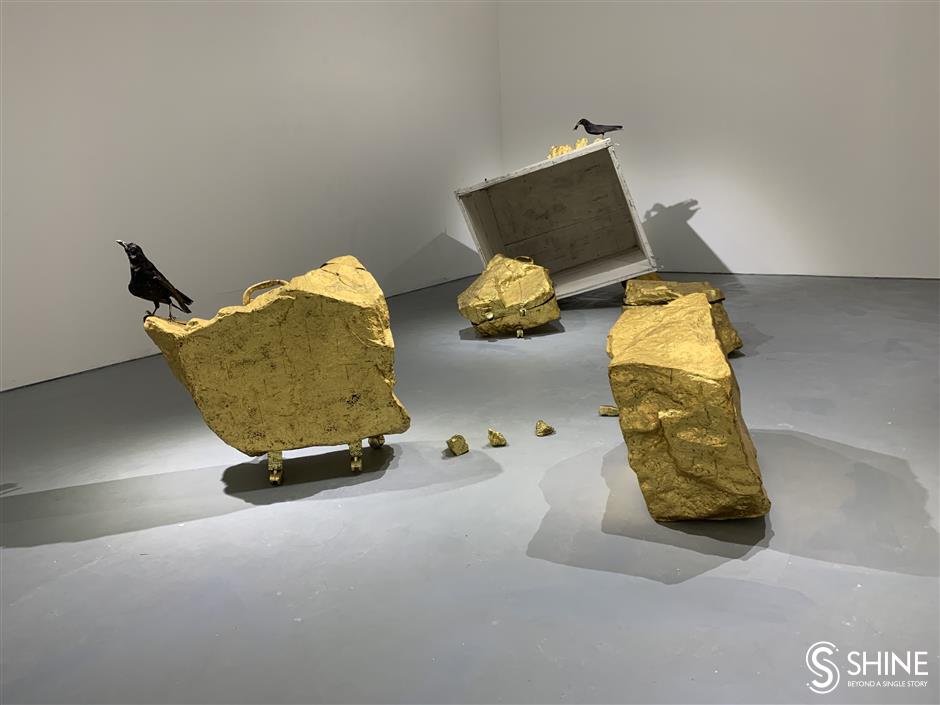 Xue Song is known for his innovative combination of modern techniques and traditional elements, such as calligraphy and folk art.

The artist stands out with his style of collage, characterized by burning ready-made images and his rearrangement of the burnt fragments on the canvas.