Finding yourself when lost in loneliness

Photographer Xu Jiajing's solo exhibition "Lost" at M50 Park is his self-reflection and self-redemption when he was stuck at the Richmond Hill during his travels in Toronto, Canada, in the midst of the COVID-19 pandemic last year.

The more than 100 photographs on display tell a story of how a photographer got lost, felt abandoned in an unfamiliar environment and spent time with himself, picking up his camera to find his way back from solitude.

"People suddenly disappeared from my lens because they had to keep social distancing rules, and I was at a loss for what to shoot at first," Xu recalled.

The pandemic suddenly put the brakes on his ongoing travels as well as his photo project. He was totally lost in both empty streets and overwhelming loneliness.

All of the photos were taken within the 1 kilometer of his temporary accommodation, where he was marooned for a year. He took more than 10,000 pictures, a tiny fraction of which he chose for the exhibition.

The selected photos were enlarged by way of artistic micro spraying, which helps bring out the subtle details and textures hidden in the photos. The curator Dai Fei, associate professor at Shanghai Normal University's Film-Television and Communication College, arranged the photos in a logically artistic way, revealing certain connection between them.

"The meaning of travel lies in the new, fresh things you find every day. But when the travel time is stretched long in the same place, you easily get bored and numb to the surroundings," Dai said. "For Xu, he had to travel again and again in the same place he was stuck in."

The pause in travel made Xu scrutinize himself and get rid of his usual shooting technique. For the first time, he shot "dead" things around him, and tried to feel, speak to and get involved with them.

"I set up a dialogue with those 'silent' buddies over one year, and found the emotional resonance between them. They inspired me and made me walk out of the 'lost,'" Xu said.

The photo album "Lost" has been published and is now available. 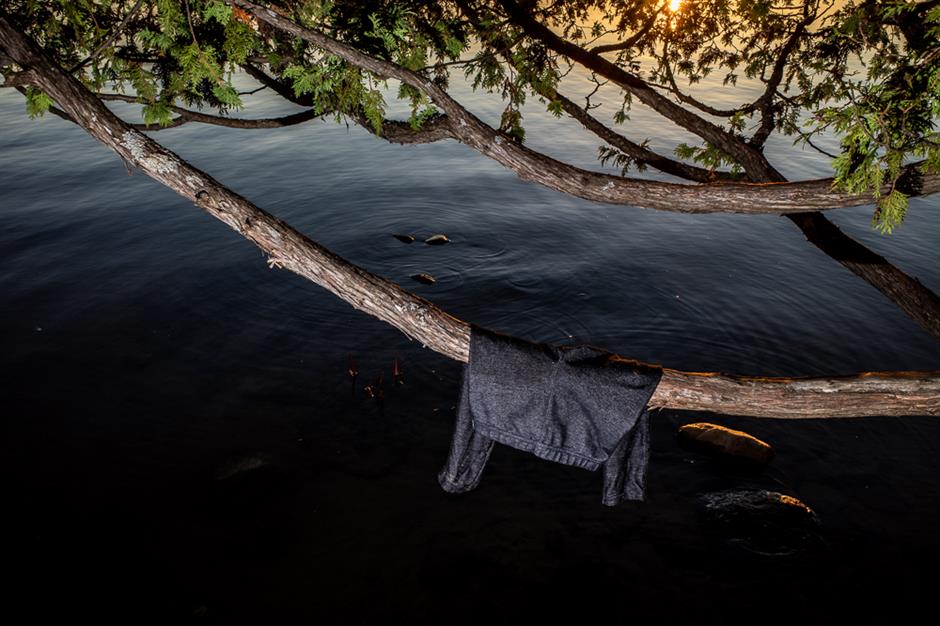 A photographic work by Xu Jiajing