Musicians born after the year 2000 kicked off the Project Spring Bird music season at the Blackstone Music Plus across from Shanghai Symphony Orchestra last weekend, showcasing the passion and creativity of Generation Z.

Dozens of concerts from young musicians will follow through next May.

The opening concert featured 17-year-old pianist Wang Yalun and the Neo-Classical Chamber Orchestra, under the baton of the orchestra's founding conductor Jin Yukuang, 21. 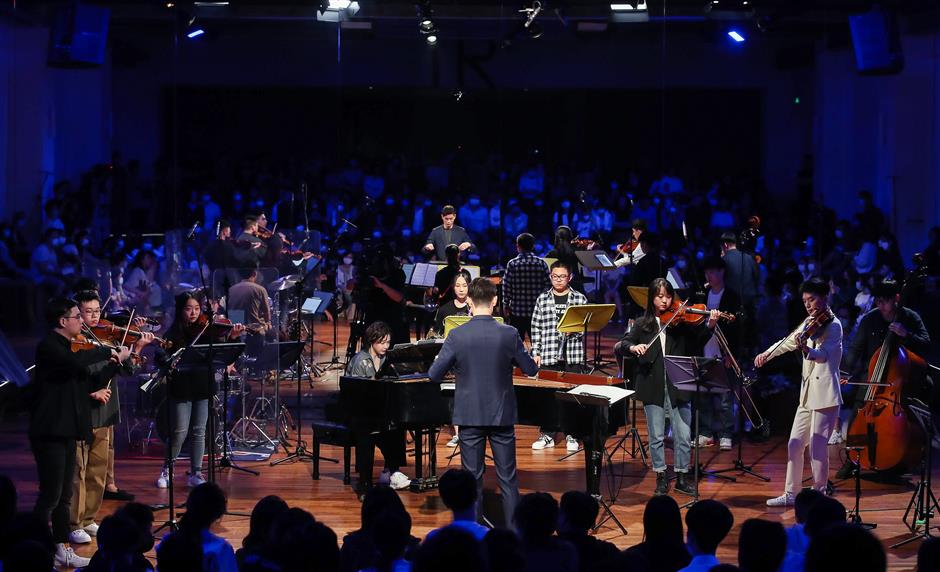 Jin and the chamber orchestra were among the biggest surprises at the Music in the Summer Air festival in July. Each of the pieces in their repertoire was bracketed "China premiere." Shanghai Symphony Orchestra director Zhou Ping and audiences alike marveled at the breadth of talent of the young performers.

The chamber orchestra and musicians are the products of a nurturing program aimed at developing the skills and artistic creativity of young talent. It is strongly supported by Yu Long, music director of the Shanghai Symphony Orchestra.

"For young musicians, growth not only takes time, but also a starting point to bigger stages," Yu said. "We want to help them cross the barriers and explore their artistic passion."

Young musicians at the beginning of their careers usually emerge from well-known competitions, but Yu said he wants to see opportunities become more expansive.

"We insist on giving them as much freedom and support as possible, so that they don't get sidetracked by concerns about commercial or other practical elements at the beginning of their careers," he explained.

"All they are required to do in this project is to grow artistically and explore their creative potential and ideas," he added.

The young musicians are also involved in organizing the music season, including repertoire, dates and even ticketing.

"If a voice tells us: 'Just do whatever you want, and we will support you all the way,' just imagine what kind of potential could emerge?" wrote conductor Jin. "The future belongs to us, and it can belong to us now!"