The Shanghai International Artwork Trade Month of November has attracted a rich series of previews and auctions.

The exhibition titled "Radiance" features 11 works created by legendary artist Jean-Michel Basquiat (1960-1988) from 1981 to 1986, the most critical period of his art career. It is at the Peninsula Shanghai hotel on Thursday and Friday.

Some artworks are being displayed in Shanghai for the first time. It's an opportunity for local art lovers to experience vibrant, busy pieces revealing a stream of consciousness and absorbing influences from high and pop culture.

Brought to the city by Christie's and HomeArt, the exhibition is in line with the preview, also held at the hotel, of Christie's Autumn Auction in Hong Kong.

The former graffiti artist Basquiat mined a huge range of influences, such as jazz, pop culture, abstract and primitive art, and old masters, in producing his dynamic and distinctive paintings. These have won a devout legion of supporters and fans in the three decades since his death.

The common motifs in Basquiat's works include the use of symbols and text, often repeated in blocks, and exploration of themes such as colonialism and class politics.

Early this year, one of Basquiat's canvases created in 1982 sold for HK$320 million (US$41.3 million) at Christie's Spring Auction in Hong Kong. 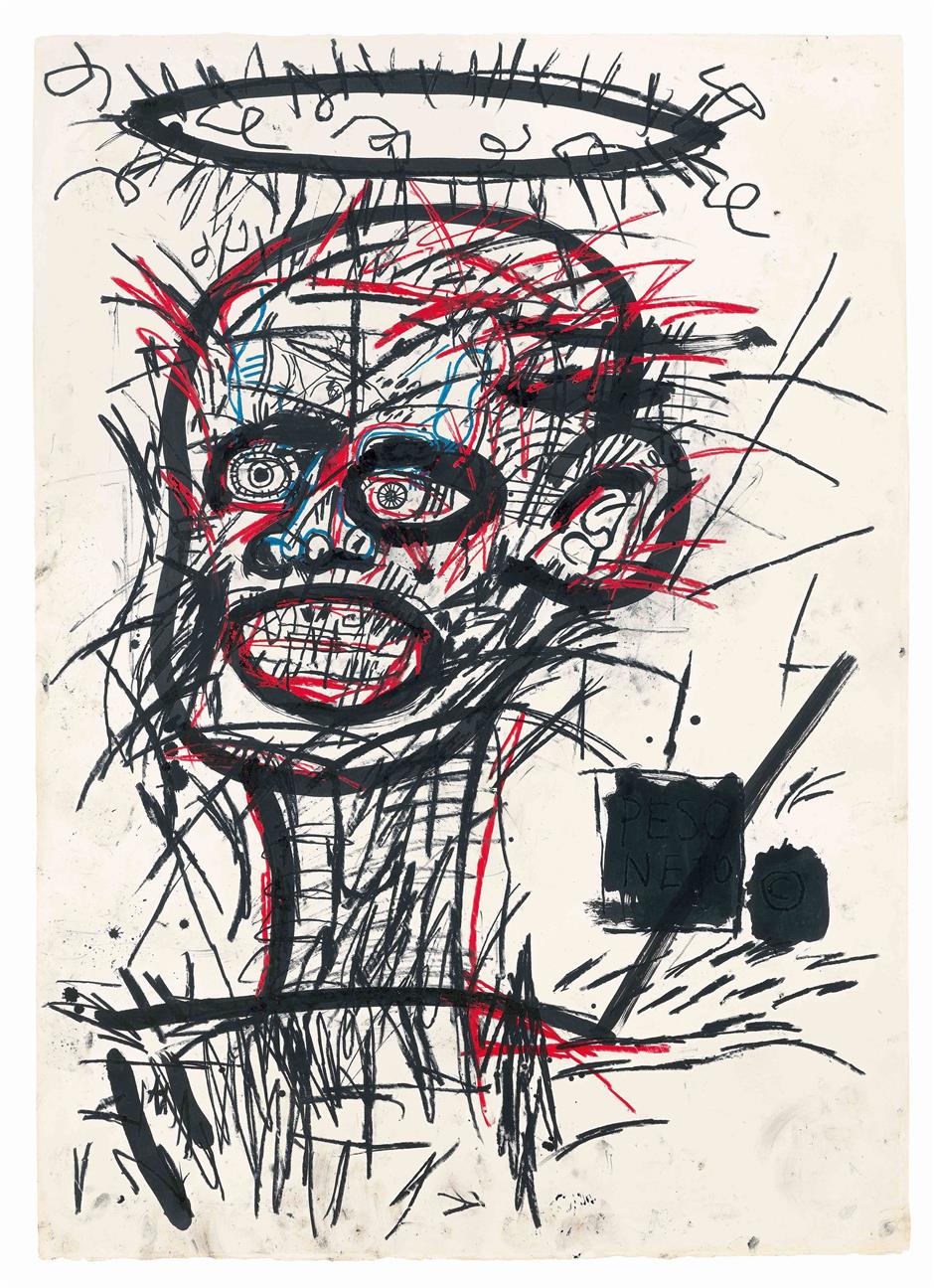 Likewise, another preview of the Phillips and Poly Auction in Hong Kong takes place at Shanghai Exhibition Center from Thursday to Sunday.

"Composition" created by Chu in 1979 is a triptych abstract painting that echoes the distant scenery of the Chinese landscape. The title of the work itself also reveals the deep influence Chu has toward Chinese landscape paintings. Chu's signature line strokes no longer bear an obvious backbone of ink paintings, but blend imperceptibly into this dynamic landscape.

Another spotlight goes to Zhou's "Smell the Flowers," a canvas created in 2008 in which a pair of lovers hide in the peach blossom forest. The painting depicts the liberation of primitive instincts, both in the vitality of the competing peach blossoms and in the energy of the lovers. The use of color and strong brushstrokes creates a very expressive style. 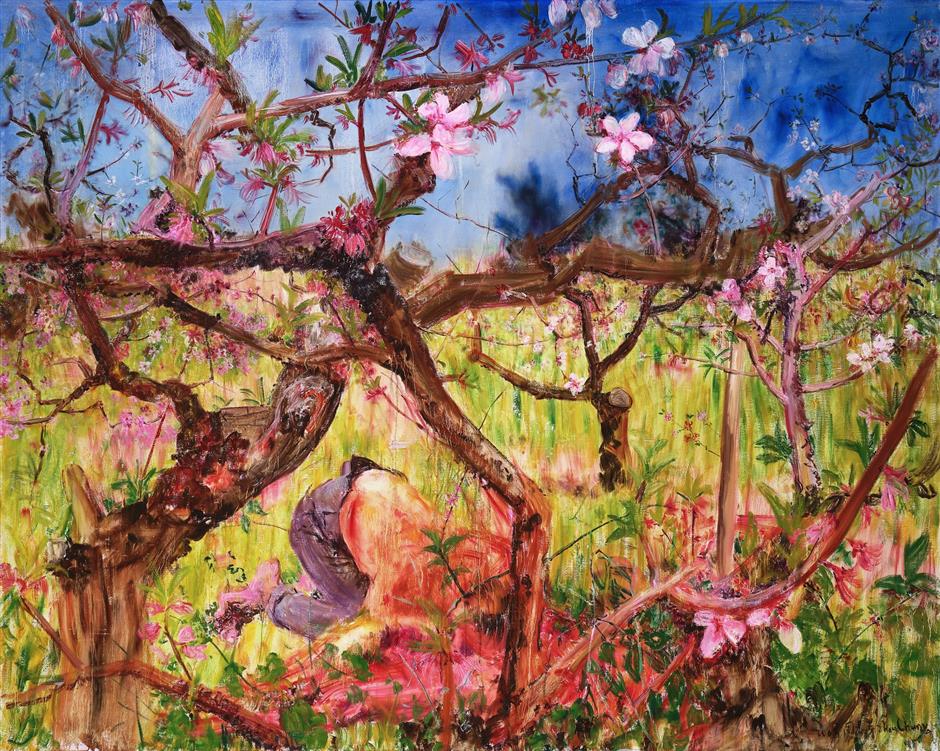