Intertwined art and literature from China and Italy

Titled "Encounter of Imagination: Dialogue between The Divine Comedy and Classic of Mountains and Seas," an exhibition, under way at the Pearl Art Museum through February 20, presents more than 70 works from Italy and China in a rich array of media, including archives, paintings, prints, paper-cuts, installations, videos and artists' books.

Inspired by the magnificent literary heritage from both East and West, the exhibition's artists have used their abundant imaginations and creativity to pay homage to the literary classics, trying to build artistic connections with the contemporary world.

"The Divine Comedy" and "The Classic of Mountains and Seas" both shine with the magic of fantasy and magnificence.

To mark the 700th anniversary of the death of Dante, the poet and father of the Italian language, the first part of the exhibition showcases new artworks related to the epic masterpiece "The Divine Comedy," created by five Italian artists: Silvia Camporesi, Leone Contini, Valentina Furian, Marta Roberti and Marinella Senatore.

One of the highlights of the first part is Contini's latest work called "Purgatory Mountain." The installation is made up of fragments of building rubble, soil and plants – a reconstruction of Dante's mountain of atonement.

The work has been central in Contini's research for some years: artificial and spiral-like hills built in many European cities from the rubble of buildings destroyed during World War II; and "purgatorial" places of the contemporary age, where war devastation has been turned into something for civic use in the shape of public green spaces.

Using visual art to activate older texts, all the participating artists aim to build a new era of dialogue between the Chinese and European cultural past.

"The Classic of Mountains and Seas" is widely considered as the one of the most magnificent Chinese ancient books compiled during the Warring States Period (475-221 BC).

Today, there are 18 chapters in "The Classic of Mountains and Seas." Although there are only 31,000 characters in the entire book, it features more than 5,300 named mountains, over 250 named bodies of water, more than 120 kinds of animals and over 50 kinds of plants.

The artworks in this section are not intended to be the "illustrated footnotes" to the original text, but rather a visual adventure full of Eastern philosophical and contemporary thoughts.

For example, Qiu created an amusing set of illustrations for his own version of "New Classic of Mountains and Seas" via traditional woodcut printing techniques, providing these new and strange animals with authentic stories about their origins. 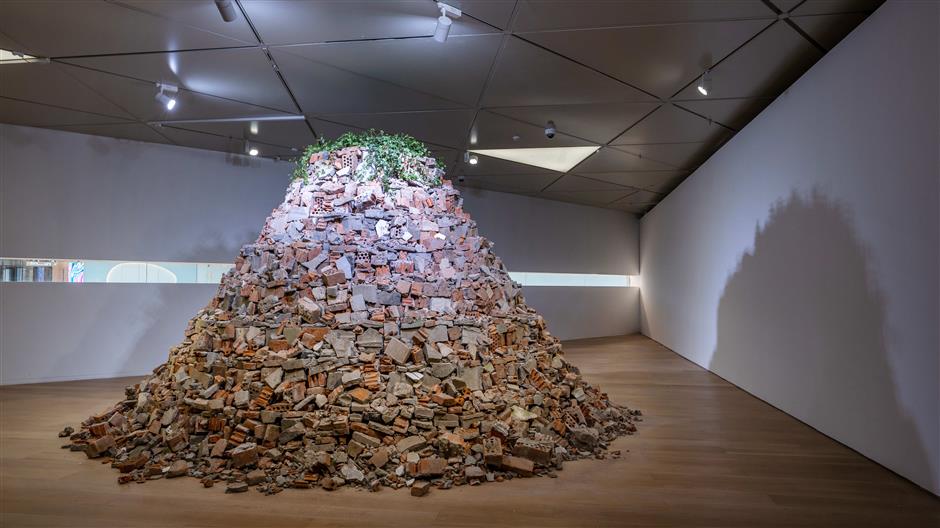 Dates: Through February 20 (closed on Mondays); 10am-7pm on Tuesdays-Thursdays; 10am-10pm on Fridays-Sundays