Explore mysteries of the ancient mausoleum

Before starting the construction of a reservoir in the Lanruo Temple area in Shaoxing in northern Zhejiang Province in 2016, authorities invited Zhejiang Archeology Institute to comb through the site.

A month later, the local government announced the reservoir construction had been delayed because of a huge discovery – a big Southern Song Dynasty (1127-1279) mausoleum site. 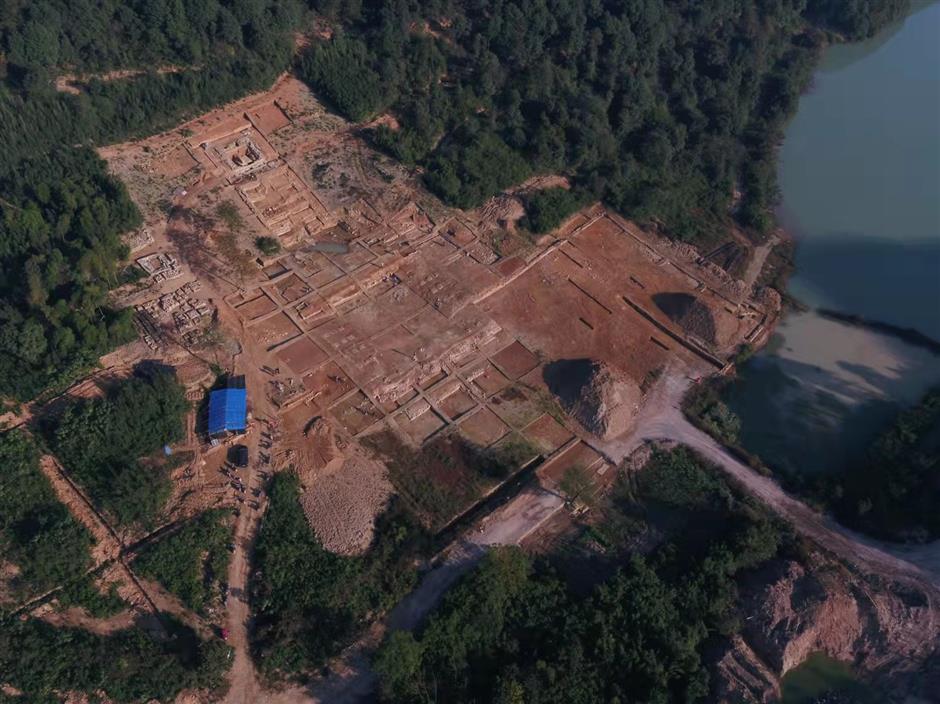 In 2017, the central government gave approval for the institute to dig the grave.

After years of excavation, it turned out to be the largest, best-preserved and most significant Southern Song Dynasty mausoleum ever found in China.

The results of the expert excavation and 218 sets of antiques are now on display at the Southern Song Imperial Kiln Museum in Hangzhou through March 31.

Who was buried in the mausoleum is a question that visitors to the display can explore.

"The owner's social status was reflected by the pavilions, temples and archways on the ground. The one found in Lanruo Temple area is no exception."

Back in November 2016, archeologists found a hole on the site that had been dug by tomb robbers. Excavating deeper, they discovered a Sumeru seat that was used to set up a big Buddha statue in ancient China.

Engraved tiles, carved bricks and painted structures were eventually discovered. The whole mausoleum was built according to the ancient fengshui (a traditional Chinese practice used to arrange objects in an auspicious manner so as to achieve success, health and happiness) – leaning against a mountain at the back, flanked by ridges at left and right and facing a creek at front. 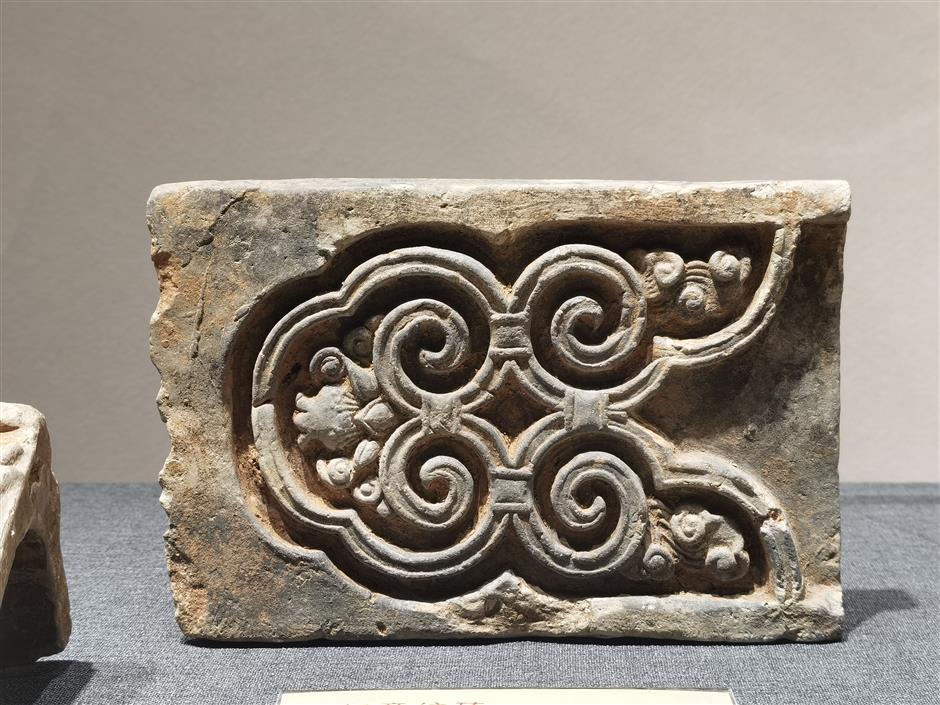 A carved brick discovered in the Lanruo Temple mausoleum is on display. 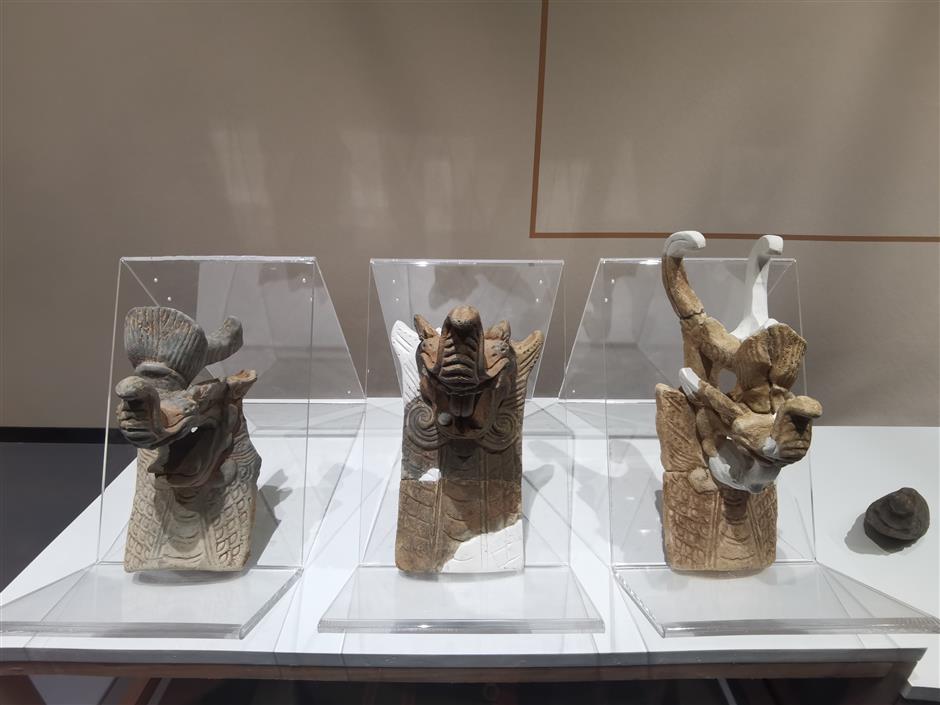 Showcased are sculptured eaves in the Lanruo Temple Mausoleum Exhibition.

Such a location would have been considered to have ideal fengshui in the Southern Song Dynasty. Also, it was only 6 kilometers away from the dynasty's imperial mausoleum.

More surprises emerged as the excavation progressed. An ancient Lanruo Temple was found near the mausoleum. Why was a temple alongside a tomb? According to historical archives, such temples were built before the construction of a mausoleum as a tomb guard and to pray for merits and virtues.

The temple had to be approved by the royal court before construction. It was a component of a high-level mausoleum in the Southern Song Dynasty and was also emblematic of the social status of the dead person. Therefore, its discovery was considered a breakthrough in learning about burial etiquette during that period.

However, the burial objects were all gone, as the tomb had been robbed several times through the dynasties. Trying to identify the dead person, archeologists had to search for clues from the remaining architectural relics.

During years of excavation, about 20,000 fragments were unearthed, and some are displayed in the exhibition.

Archeologists spent years piecing the fragments together and gradually restored the ancient buildings. 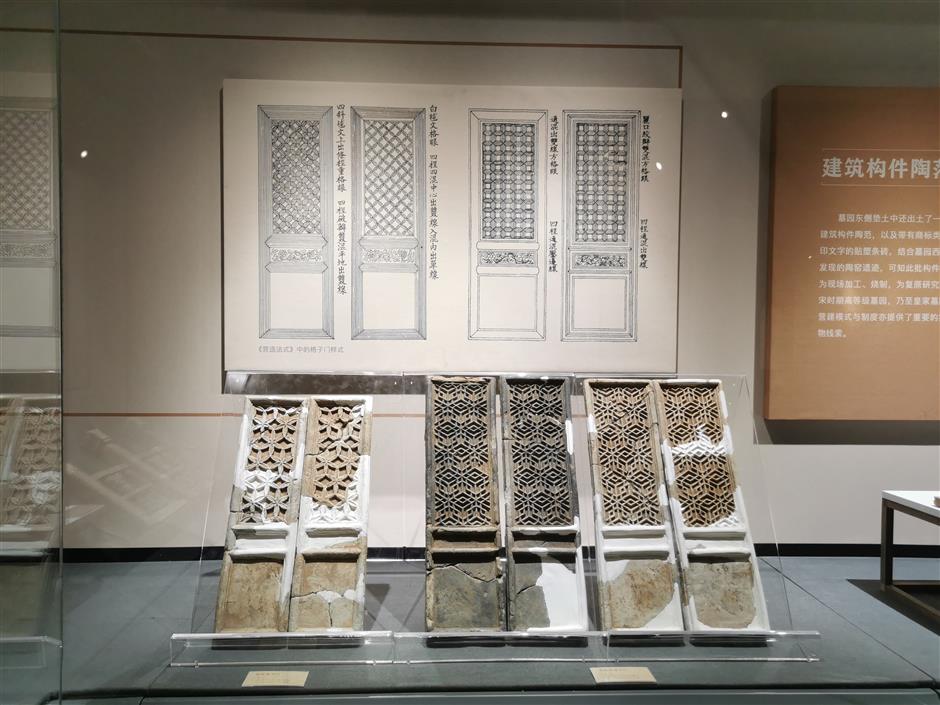 They even discovered models for firing ceramics. Some professionals believe the ceramic piles and bricks were produced on site and then used to build the mausoleum.

The discovery of quelou (阙楼), the gate towers of a city, was a key to find the identity of the dead person. These are freestanding, ceremonial gate towers in traditional Chinese architecture. First developed in the Zhou Dynasty (1046-256 BC), quelou were used to form ceremonial gateways to tombs, palaces and temples throughout millennia in China.

The use of quelou can often be seen as a component of an architectural ensemble at the graves of high-ranking officials during the Southern Song Dynasty. There are also some quelou found in front of temples. Richly decorated, they are among the most valuable surviving relics of the sculpture and architecture of that period.

In the Lanruo Temple mausoleum, four quelou were erected at the four corners, explicitly connoting the high status of the person.

In evaluating the large-scale layout and the ground buildings, Zheng and professor Xu Yitao from Peking University believe the mausoleum was built for Zhao Xilu, father of Emperor Lizong of the Southern Song Dynasty.

"Since the mausoleum covers a big area, we speculate that the ancestors' tombs of the Zhao's family were also moved here," Zheng added.

Date: Through March 31, closed on Mondays